Youth Forum head to Malham for their first activity day

The village of Malham in the Yorkshire Dales is a popular destination for visitors to the National Park. Not only is it a typically attractive Dales village but it also offers some amazing karst – or limestone scenery: Malham Cove, limestone pavement and Gordale Scar.

So it was chosen as the location for the National Park Authority’s first Youth Forum Activity Day. The aim of the Activity Day was to get some of the Authority’s younger staff together to discuss issues affecting young people who live and work in the Park, and to learn more about Malham and the surrounding area.

The day started with a talk by Laura Parker, one of the Information Advisors at Malham National Park Centre. She gave us an informative talk about the history of the Centre, and what sort of questions the Centre Staff get from visitors and locals. Most people are visiting for the scenery but an understanding of the area is still important. Information Advisors need to be able to suggest a variety of routes depending on the abilities of the visitor.

Afterwards, we had a walk up to the Cove with Ian Court, one of the National Park’s Wildlife Officers.

The Cove is home to a pair of peregrine falcons who return each year to raise their chicks.

There is a ‘Peregrine View Point’ beneath the Cove, with telescopes manned by the RSPB, where we were able to get some great views of the peregrines.

I got a good view of the female peregrine (who is significantly larger than the male) sat atop a dead tree on the Cove. Ian explained it is rare to be able to get so close to nesting peregrines anywhere else. They are a protected species and it is against the law to disturb them. It is great to have them in our National Park and to see them against the backdrop of the Cove was a privilege.

Following this, Alan Hulme, Head of Park Management joined our group and we set off up the Cove to the limestone pavement at its top.

Alan explained some of the issues facing the cove – wear and tear on footpaths and the limestone pavement itself due to the large numbers of visitors walking across it. There had been a suggestion in the past about placing a boardwalk across the pavement but there is no certainty this would stop people actually walking over the clints and grykes.

The limestone scenery is quite other-worldly and it’s no surprise it’s been used as a backdrop in films – a scene from the last Harry Potter film was shot on Malham Cove’s limestone pavement.

We walked on from the pavement towards Gordale Scar, and on the way we stopped at a stile where there is a Samaritans sign. These have been put up on footpaths around the Cove because it has sadly seen three suicides in recent times.

Afterwards we descended down to Gordale Scar – it doesn’t matter how often you visit this place, it is always breath-taking when you come around the corner at the end of the path and feel like you’ve stepped into some sort of natural cathedral.

It is a really atmospheric place because the sound of water is greatly amplified by the surrounding high rocks. Alan explained the right of way goes up the waterfall at the top of Gordale Scar – you have to see it to believe it! Above it, the water comes down through a natural hole in the rock – it’s an incredible place.

We finished our walk at Janet’s Foss, which is quite a magical waterfall outside Malham. Janet was said to be the Queen of the Fairies and according to legend she lives in a cave behind the waterfall. It’s become a popular site for wild swimming and on the day we were there, the plunge pool looked rather inviting with the sunlight dappling down through the trees.

We returned to Malham National Park Centre and had a photo taken in front of the Malham Village sign, which actually has some amazing detail when you look at it closely.

It was a really enjoyable day. We were blessed with some sunny weather (which was highly unusual as there was so much rain during June!) and it was good to meet and speak to other young colleagues and talk about some of the issues and benefits of being a young person in the National Park.

The Youth Forum was set up within the Yorkshire Dales National Park Authority back in February with the aim of making young people better represented and it is a great opportunity to have our opinions heard.

This move came from the EUROPARC Conference in the Cairngorms back in September 2018 where the theme was ‘European Parks: inspired by the next generation’ and included the launch of the Youth Manifesto.

The Youth Forum aims to fulfill these actions and aims to raise the profile of young people in the Authority, facilitate social opportunities and be a support to anyone who needs it. 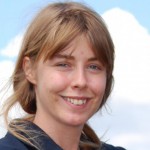 Suzannah's current role is to support the Human Resources and Wildlife team, but she has worn several Authority hats. Joining the organisation as a Countryside Apprentice on a two year placement, Suzannah went on to become Access Ranger (Westmorland Dales), following a stint in our Trees & Woodlands Team.

Suzannah's current role is to support the Human Resources and Wildlife team, but she has worn several Authority hats. Joining the organisation as a Countryside Apprentice on a two year placement, Suzannah went on to become Access Ranger (Westmorland Dales), following a stint in our Trees & Woodlands Team.