A handful of photographs which we discovered scanned onto the Research Room computer at the Dales Countryside Museum started us on a little piece of detective work yesterday. They relate to a Liverpool cowkeeper named George Bargh. 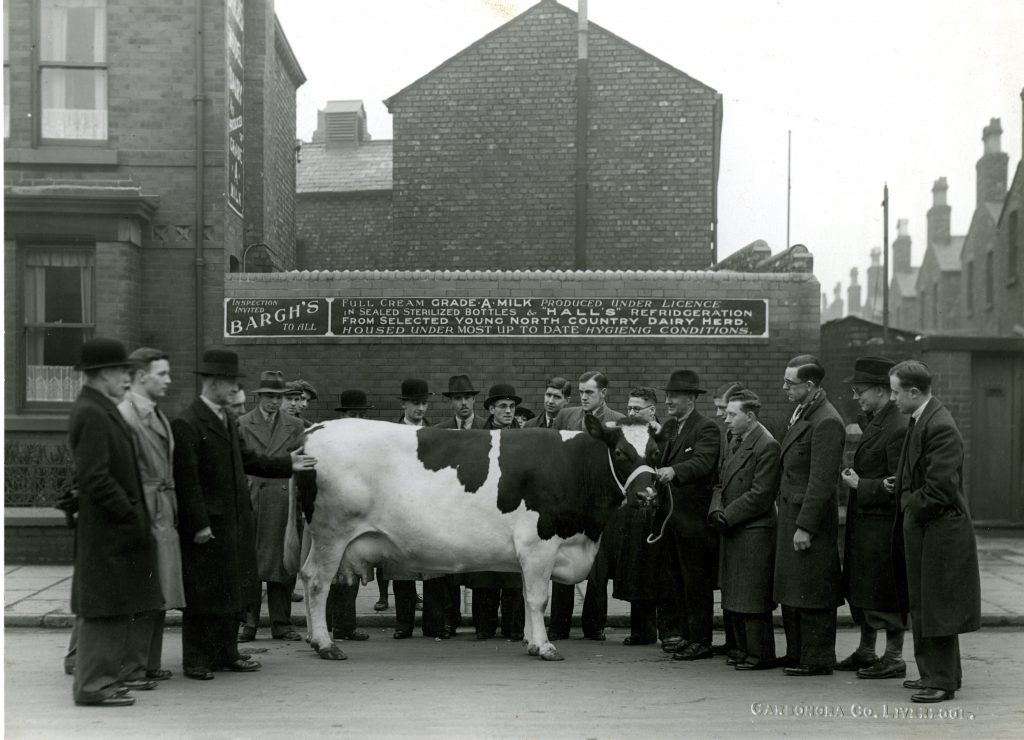 The first picture shows we presume, a champion dairy cow outside George Bargh’s premises which we discovered were located on Carisbrooke Road in Walton, part of Liverpool. A little bit of searching on Google Streetview located the remains of the dairy. 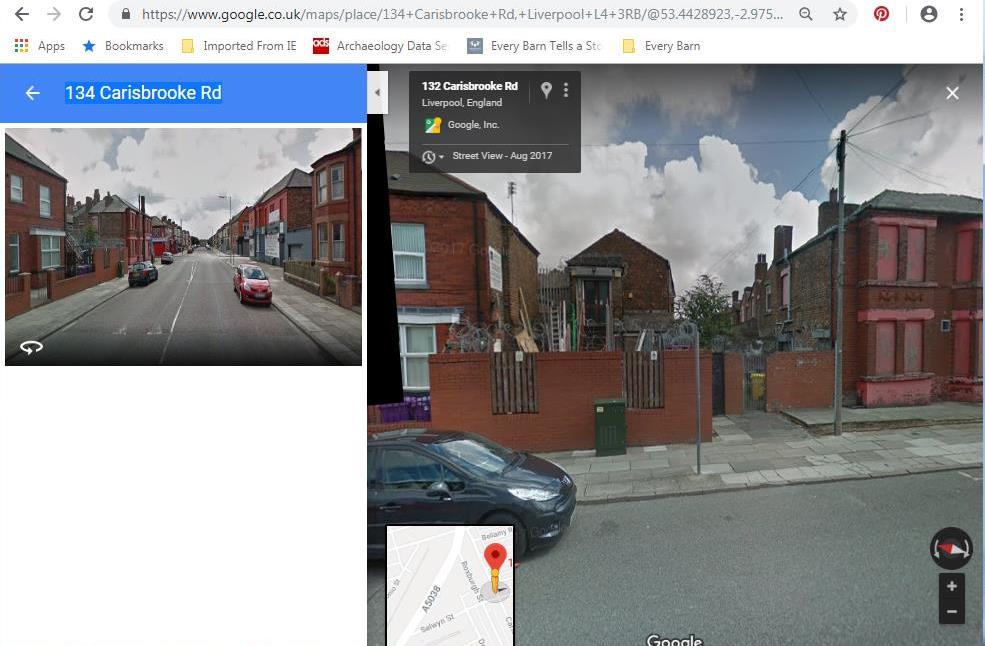 Thanks to some of our researchers we already knew that several families from Wensleydale relocated to Liverpool in the nineteenth century, setting up dairying premises within the town in order to supply the rapidly growing population with fresh milk. We decided to see what connection, if any, George Bargh had with Wensleydale. Our starting point was the excellent publications of Duncan Scott and Dave Joy. We’d thoroughly recommend them to anyone interested in this little known area of history. 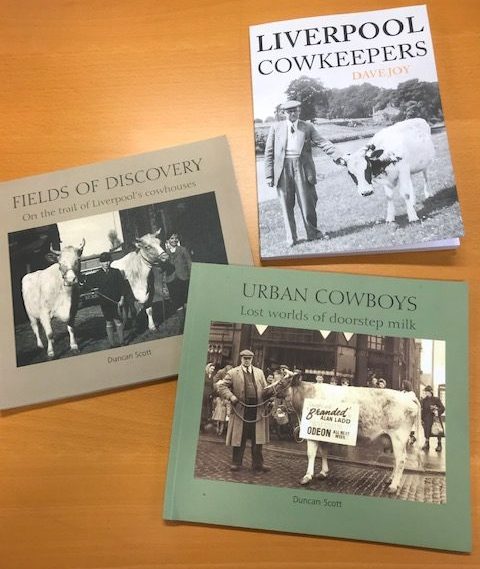 From them, we moved on to Dave Joy’s website which includes census data and trade directories listing cowkeepers and dairymen. We found George Bargh in the 1938 Kelly’s Directory for Liverpool at his Carisbrooke Road premises, but he is missing from the 1955 one so presumably had retired or sold up by then.

The second photograph shows George Bargh outside another dairy, Glebe Farm Dairy, in Walton Village, not far from Carisbrooke Road. 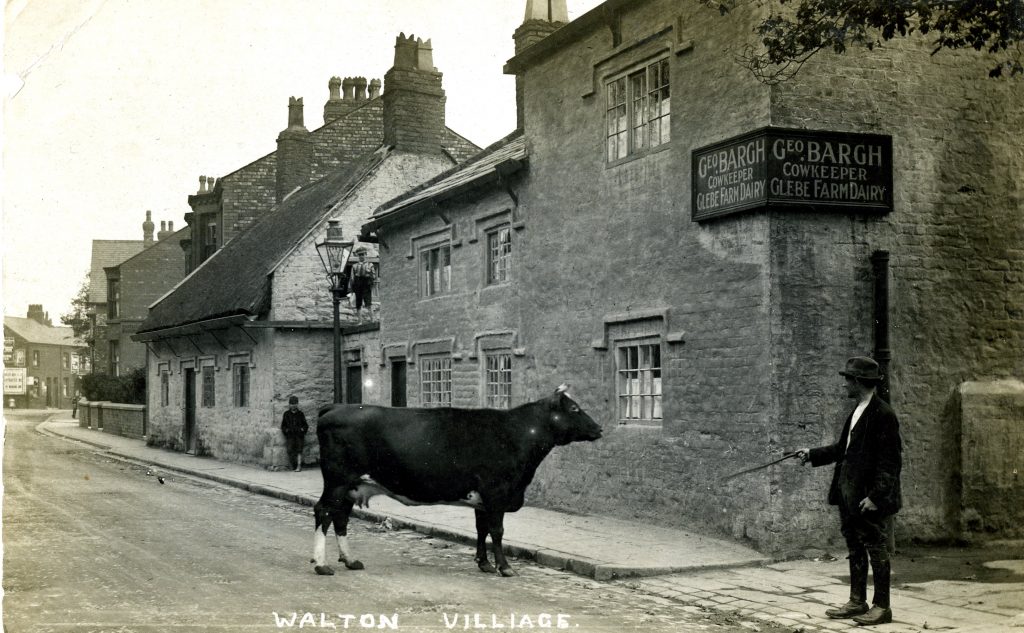 Google Streetview was no help finding these premises, we assume they were destroyed during the Second World War bombing of the city. However, we did find where it used to be from a map prepared as part of a food heritage project based in Liverpool called Mr Seel’s Garden 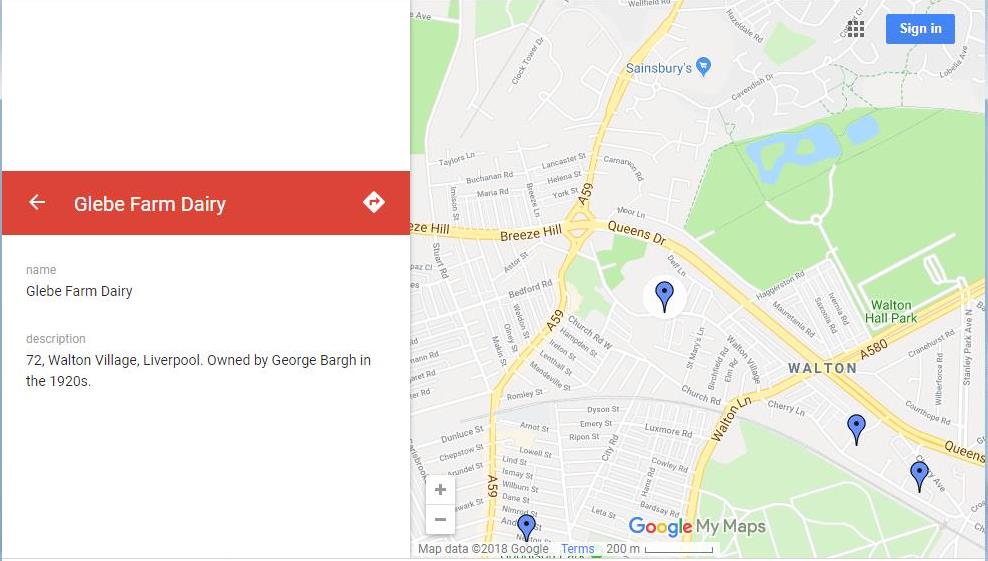 The date is given as 1920s so this must have been an earlier dairy.  He was clearly very proud of his cow to feature it in the picture and the final scanned photograph in the museum’s collection shows that he had good reason to be as his herd contained prize winning beasts. 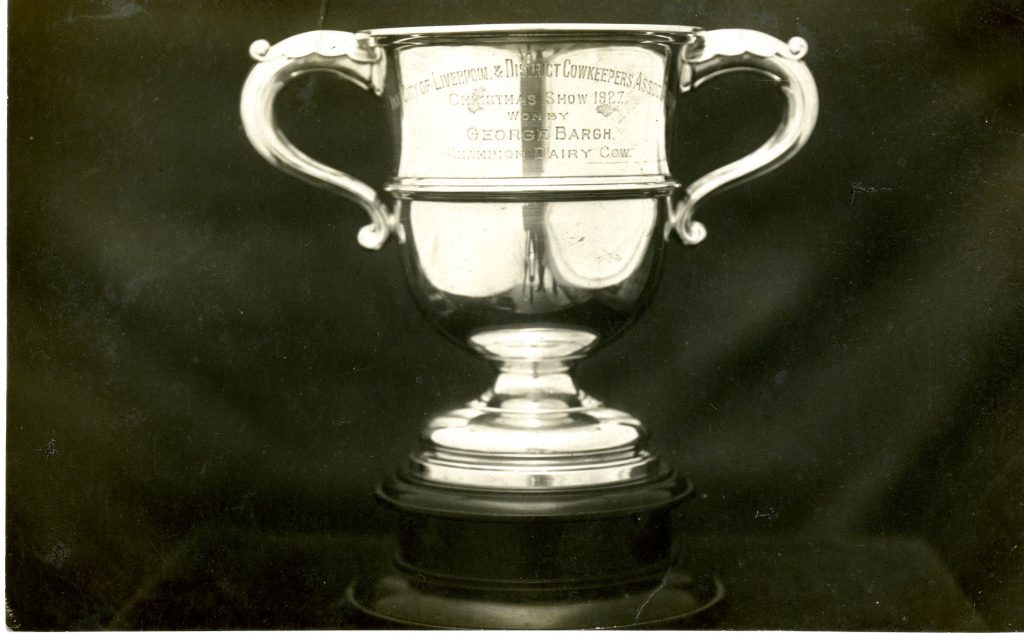 We found more photos of George Bargh and his cows on the rootschat.com forum, supplied by someone called Kathleen Robinson (nee Bentham) who had relatives who ran cowhouses in Liverpool and she supplied copies of them to the Mr Seel’s Garden project as well. 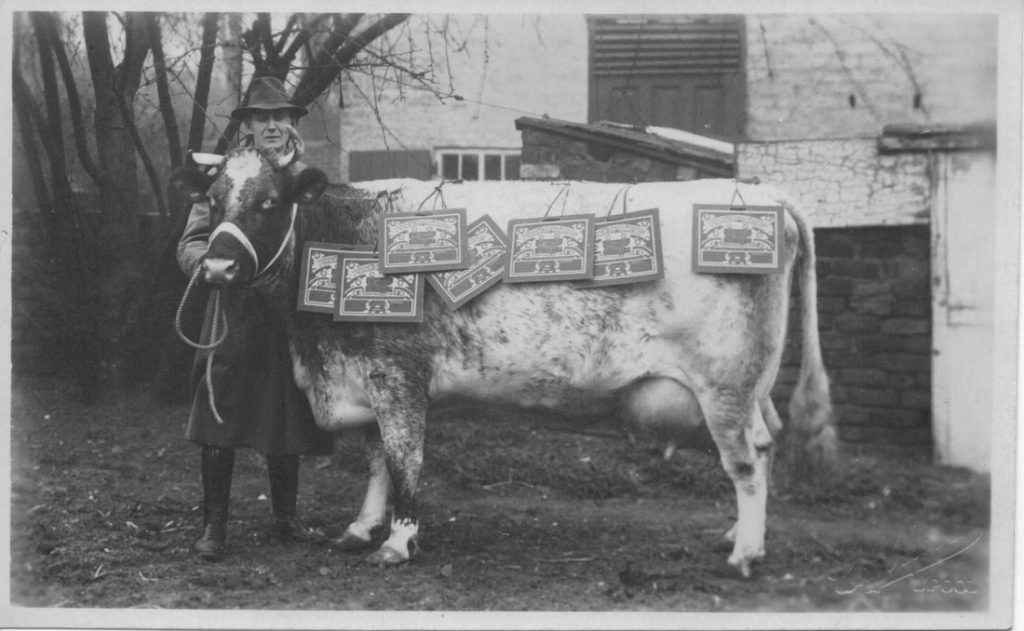 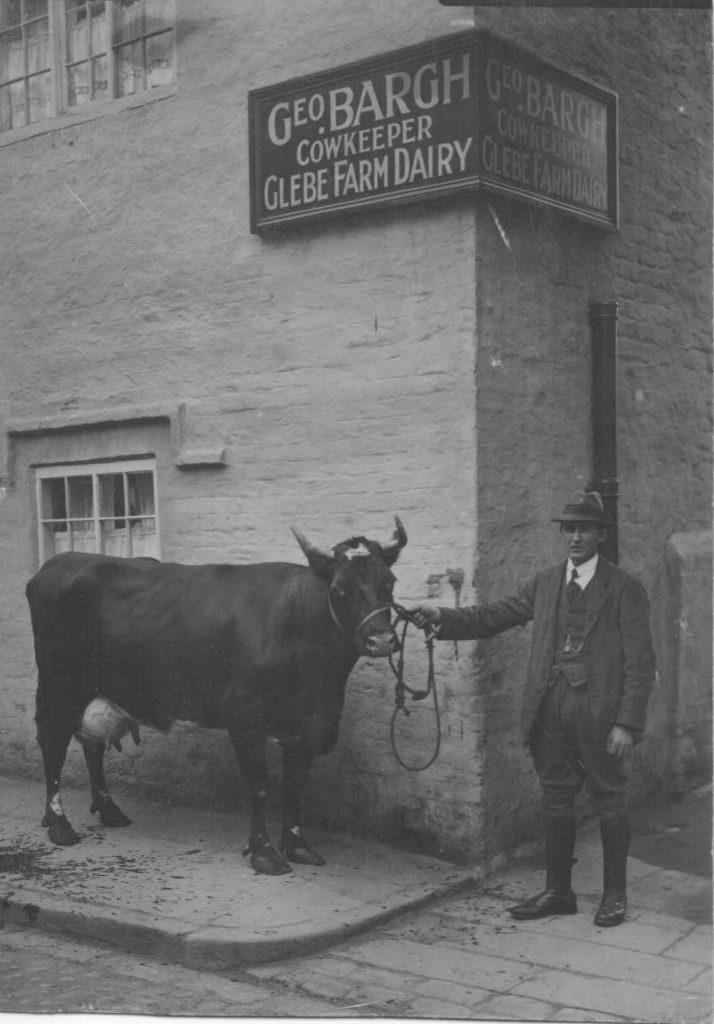 So far we hadn’t managed to uncover any connection to Wensleydale but another look at Dave Joy’s website led us to the family that actually built the Carisbrooke Dairy around 1900, and to Edward Ewbank Mason, a cousin of George Bargh, who turned out to have a deep family link with Aysgarth and a farm in Burtersett belonging to a great uncle. Read the whole story here: Carisbrooke Dairy – the memoirs of Edward Ewbank Mason.

The memoir includes fascinating insights into the working of a city cowhouse:

“The cows at Carisbrooke were well housed and regularly fed. Their diet was good quality hay and ‘tubs’ — a mixture of brewer’s grain, Indian meal, oilcake and sometimes treacle or molasses. Water was, in my early years, fed by hand – it was late on in the life of Carisbrooke that automatic watering bowls were introduced. Writing now, 50 or 60 years on, you cannot escape the feeling that the modern RSPCA would not have looked on benevolently to the conduct and life of the cows once they reached Carisbrooke. Certainly the animals did not go outside the yard. And more often than not they never were allowed outside their stalls. Not until a deal was struck with a well-known cattle dealer, Rabinowitz, for the sale of an animal, for meat or possibly to be sold on for future husbandry elsewhere.”

There are many other Wensleydale family links with these long-vanished urban dairies and we hope to explore some of them as the project progresses.

18 Replies to “Wensleydale cowkeepers in Liverpool”