Happy #WoolWeek everyone! In the Yorkshire Dales National Park there are several features within the landscape that are associated with sheep: sheep folds and washdubs, hogg houses, and shepherd shelters.
Sheep folds scatter the landscape of the YDNP. The sheepfolds in Cumbria got a new lease of life at the turn of the century as Andy Goldsworthy worked on 46 sheepfolds in various states of disrepair. These environmental sculptures were meant to challenge perceptions of the Cumbrian landscape with the aim of promoting it as a used landscape that is ever changing, vulnerable and diverse. Several of them can be found in the extension area. For more information see http://www.sheepfoldscumbria.co.uk/html/info/info00.htm 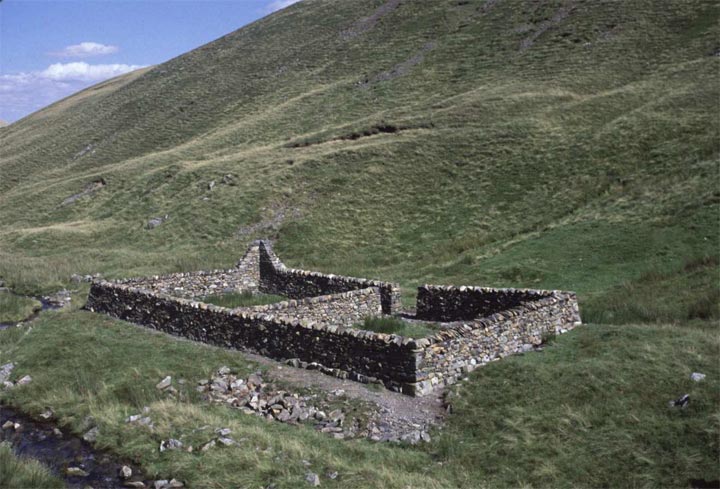 Hogg houses are distinctive features in the landscape of Swaledale. So what are they? Hoggs themselves are sheep in the first year of their life (between weaning and their first shearing). A hogg house is a shelter for these sheep in winter. In Upper Swaledale, winters are severe even for hardy breeds of sheep. Survival and fattening rates can be improved by folding the young sheep at night in hogg houses and allowing them to graze in the surrounding meadows during the day. When the weather is particularly bad the sheep can be kept in during the day as well. Swaledale hogg houses are unique in the way that they occur in a variety of forms, including some examples that are two-storeyed. 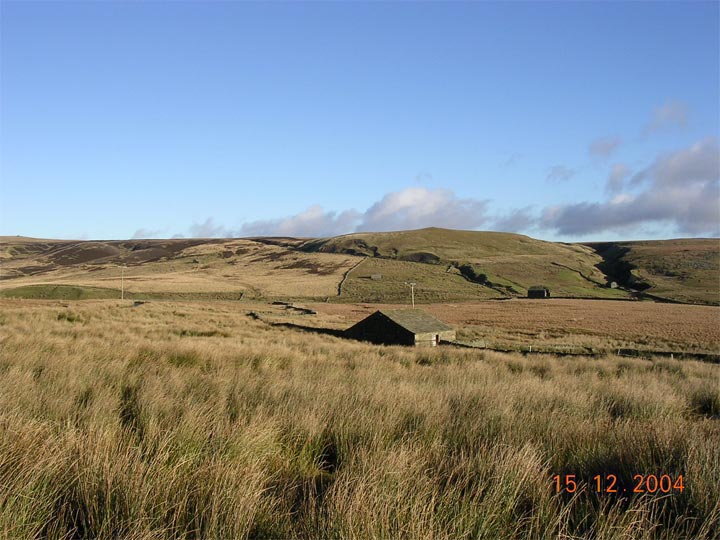 Harker’s Hogg House, Muker
Harker’s Hogg House, built between 1841 and 1854, is a single-storey stone built hogg house, once worked from Harker’s House Farm. The interior is divided in two by a spine wall with doorways at either end allowing free movement between the two halves. The central spine wall increases the wall area available inside for the hay racks and small ground level eating troughs, allowing over 100 sheep to be sheltered at any one time. The overall form of the building is wide. The main door is on the south elevation, with three distinctive symmetrically arranged windows to the west gable.
Access: This Hogg House is on Open Access Land and about 200m from a public right of way.
Out of Oblivion: http://www.outofoblivion.org.uk/record.asp?id=267