Find out about the elaborate courtship displays of the black grouse, the animals that mate for life, and which poor insect has the shortest love affair!

The signs of love are all around us. Join us under the wishing tree and raise a loving cup to the Dales this 14 February.

Black grouse are probably best known for their elaborate courtship displays during the spring. Males will gather at traditional communal display sites known as leks. Here they perform with their wings drooped and tail fanned out, accompanied by a loud dove-like cooing and bubbling call that is intended to attract females.

The peak of lekking activity is normally around dawn and to a lesser extent at dusk. The females that are attracted to the lek will normally mate with a dominant male and then disperse to the surrounding area to raise their young on their own.

Black grouse are a priority conservation species in the National Park.

All of my heart

Grass-of-Parnassus has heart-shaped leaves and ivory white chalice-shaped flowers with distinctive glistening yellow staminoids which are attractive to pollinating insects. It is the only species of the genus Parnassia native to the UK and is a late summer gem in the Yorkshire Dales.

Explore other amazing animal and plant species on our Nature in the Dales website.

After the larvae has hatched and they become adults, some mayfly species live for only a few hours – so they have to find a partner quick smart. However, being one of the first winged insects, with fossils dating back over 300 million years – long before the dinosaurs – they must be doing something right!

Follow our Wildlife Conservation Team on Twitter to hear more about the National Park’s sometimes weird – but always wonderful – wildlife.

Be still my beating heart

Dormice, uniquely amongst our smaller mammals, hibernate over winter letting their body temperature drop to that of their surroundings and their heart and breathing rate drop by about 90%.

Dormice are also capable of reducing their body temperature and heart rate during the day. This process is known as torpor and is used by dormice during periods of bad weather, particularly in early summer when food is more scarce and being awake uses up a lot of energy.

They cool their body down substantially, in the morning, and can remain in this state for about eight hours. It takes them up to 20 minutes to wake up in the evening before they go about their usual foraging activities.

Read the story of how dormice were re-introduced to Wensleydale after nearly a century’s absence.

Till death do us part

Barn owls, peregrines and otters are some of the many animals that mate for life.

For over 20 years, pairs of peregrine falcons – the fastest animal in the world – have been raising their young at Malham Cove, creating a marvellous spectacle for visitors as they teach the chicks to fly and ‘stoop’ at high speed for their prey.

The flowers of quaking grass grow as drooping heart-shaped lumps of tiny green spikes, and dance at the end of delicate stems in summertime. This gives the plant many different names including ‘totter grass and ‘dithery dock’.

This oak, known to locals in Dent as the wishing tree, may make your dreams come true! Part of its root system has been washed away to create a natural arch. It is said that if you walk under and around it three times clockwise and make a wish, it will be granted.

Symbolising friendship and unity, the loving cup was shared at weddings, banquets or meetings and for ceremonial drinking. There are often given as trophies to winners of games or other competitions. This large two-handled example at the Dales Countryside Museum in Hawes is ceramic, but they were sometimes made of silver.

However for the ultimate in romance, the Museum also has a stunning Viking ring in its collection. It was discovered by a farmer during the excavation of a drainage ditch in Sedbergh.

We will never know who the owner might have been, but the fact it is gold suggests they might have been someone of high status, possibly noble. The ring may even have been a royal gift. According to sagas of the time, kings gave gold rings to their warriors and court poets as rewards for service.

Discover the story of the people and landscape of the Dales at www.dalescountrysidemuseum.org.uk

Rekindle your love affair with Yorkshire Dales National Park this Valentine’s Day – and why not share your loving feeling with us on Twitter and Instagram using #loveyorkshiredales! 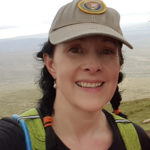