Escape to the Country

I would consider myself a country boy at heart, being lucky enough to grow up in between two of the finest National Parks. But as I’ve grown older I feel my relationship with the hills of home has become a little distant. It never felt like a conscious decision, it just sort of… happened.

I think the first stage was going to university, although as far as university cities go Sheffield is probably one of the most outdoor-orientated ones. I want to say I knew this at the time, but, having only ever lived in a small town, even Sheffield felt much more urban than home. Still, I feel I maintained some sort of connection with the outdoors through studying landscape architecture which gave me several opportunities to get out into the Peak District. Once I discovered how accessible it was I ventured out there quite frequently and, although slightly different from the hills from home in character, it felt somewhat comparable.

Come the end of uni I found myself hunting for employment. Jobs in landscape architecture weren’t too hard to come by – that is if you’re looking in the city. I accepted a job in Manchester and opted to live in a high rise apartment just outside the city centre. The appeal of this was quite high having come from several questionable student houses, despite my parents plea for me to live in a more leafy suburb.

What initially struck me about Manchester was how grey and lacking in green space it was. Sheffield had set the benchmark and I should’ve known that moving anywhere but the once greenest city in Europe would be a step down. Living in an inner city apartment certainly had its benefits, it was smart, sleek, had a convenient location and good views, but the novelty soon began to wear off. It didn’t take long before I noticed a real lack of community feel about the place, where busy roads dominate and fragment the area. There’s no high street, no post office or school and a feeling of wariness overrides any sense of comfort.

Since the beginning of lockdown these feelings were only amplified, working from home I’ve almost become numb to the relentless horns, sirens and general rush of traffic. So when my work required that we take some leave before the end of June I was keen to escape into the countryside for a while.

My sister offered her vacant flat for me to stay in, which has the Dales on its doorstep – the perfect base for my ‘holiday at (what used to be) home’. As a keen cyclist and hiker I made plans to get out and explore the valleys of Swaledale and Wensleydale every day to make the most of my stay. The weather forecast wasn’t promising but that didn’t bother me, I was determined to get out and explore regardless.

It felt incredibly refreshing to be alone in the wilderness again – an old familiar, and exactly what I needed in terms of a detox from the bustle of the city. The weather turned out better than expected and the noise of traffic had been replaced with whistling wind and bird songs. It was exciting to see such an array of wildlife again. Back in Manchester the best I can hope for is a Canadian goose or perhaps a heron if I’m lucky, but here I was seeing curlews, kingfishers, oyster catchers and red squirrels, and occasionally having to watch my feet for adders. For me, coming to the countryside is not only about getting fresh air, exercise and awesome views, but also seeking adventure and the feeling of uncertainty, not knowing what you’ll encounter and a feeling of adrenaline getting lost and getting home before dark – a feeling which is non-existent in the city.

Come the end of my stay I was reluctant to leave and return to my daily routine, which had almost become a distant memory, but my time there had definitely made me think about my situation and gave me a new perspective on where I want to be. I’m a country boy at heart, but I feel tied to the city in a sense with my job and I’d also find it hard leaving the circle of friends I’ve built up there. So I feel torn between both – I want to spend more time in the countryside than just visiting for the occasional week or weekend, but moving out there permanently would put limitations on my social life and work. I can’t deny that living in the city has been a valuable experience and one from which I’ve gained knowledge, perspective and friends, part of me wonders how things would have panned out had I stayed in rural Yorkshire.

Ultimately I know that my next moves will all take me nearer to the countryside – following the trend of many as they grow older and settle, but I hope to make this happen sooner rather than later so that I can take every opportunity to get out into the wild and explore. 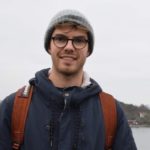 Landscape Architect and outdoors enthusiast based in Manchester. Instagram: @timfoxford23

Landscape Architect and outdoors enthusiast based in Manchester. Instagram: @timfoxford23