‘Yorkshire Wensleydale Cheese’ manufactured in the Wensleydale Creamery in Hawes is world famous and the company is proud of its long history in the town. We’ve recently been learning about the early days of factory-made cheese in Hawes from Kit Calvert’s little booklet ‘The Story of Wensleydale Cheese’ published in 1946 by Dalesman Publishing. We have a well-thumbed copy in the Research Room at our Dales Countryside Museum. 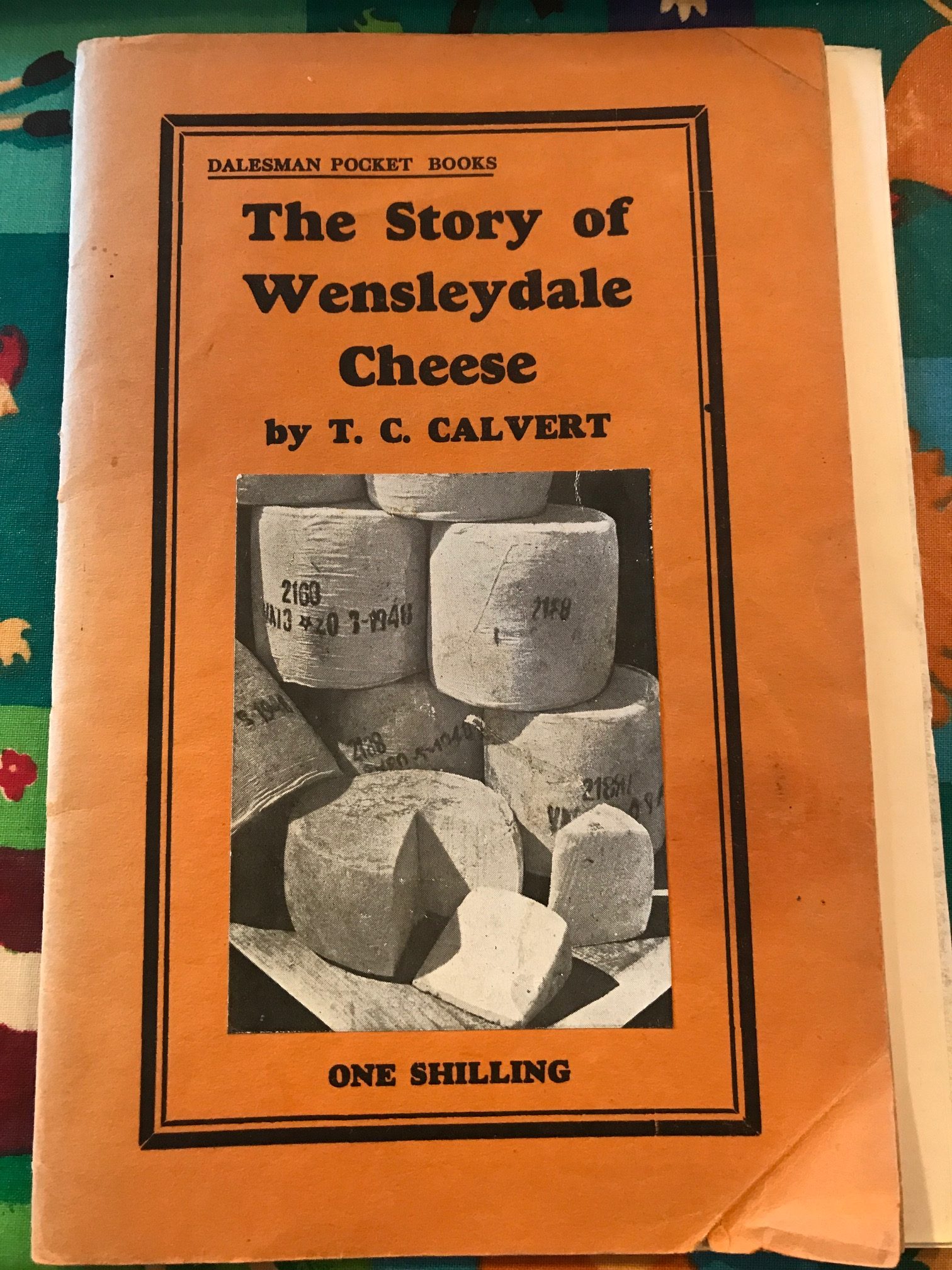 The first factory came about at the end of the nineteenth century because a Hawes-based corn and provision merchant called Edward Chapman became concerned at the quality of some of the cheese he was receiving from local farmers. A barter system was operating whereby farmers received animal feedstuffs and groceries from Mr Chapman and other merchants through the year in exchange for their farmhouse-made cheese. For a variety of reasons,  this cheese was sometimes of poor quality, but not wanting to lose the farmers’ business the cheese buyer often had to make a loss by feeling obliged to take all the cheese bargained for even if it was below standard.
In the end Edward Chapman decided that if he bought the milk from the farmer instead and manufactured his own cheese, he would have more control over the end product. And thus the Wensleydale Dairy was founded in 1897. Premises soon came up when a woollen mill next to Gayle Beck in the centre of Hawes went bankrupt. This photograph shows Edward Chapman and others in front of the dairy in 1908. Notice all the milk churns that have arrived by horse and cart from outlying farms. 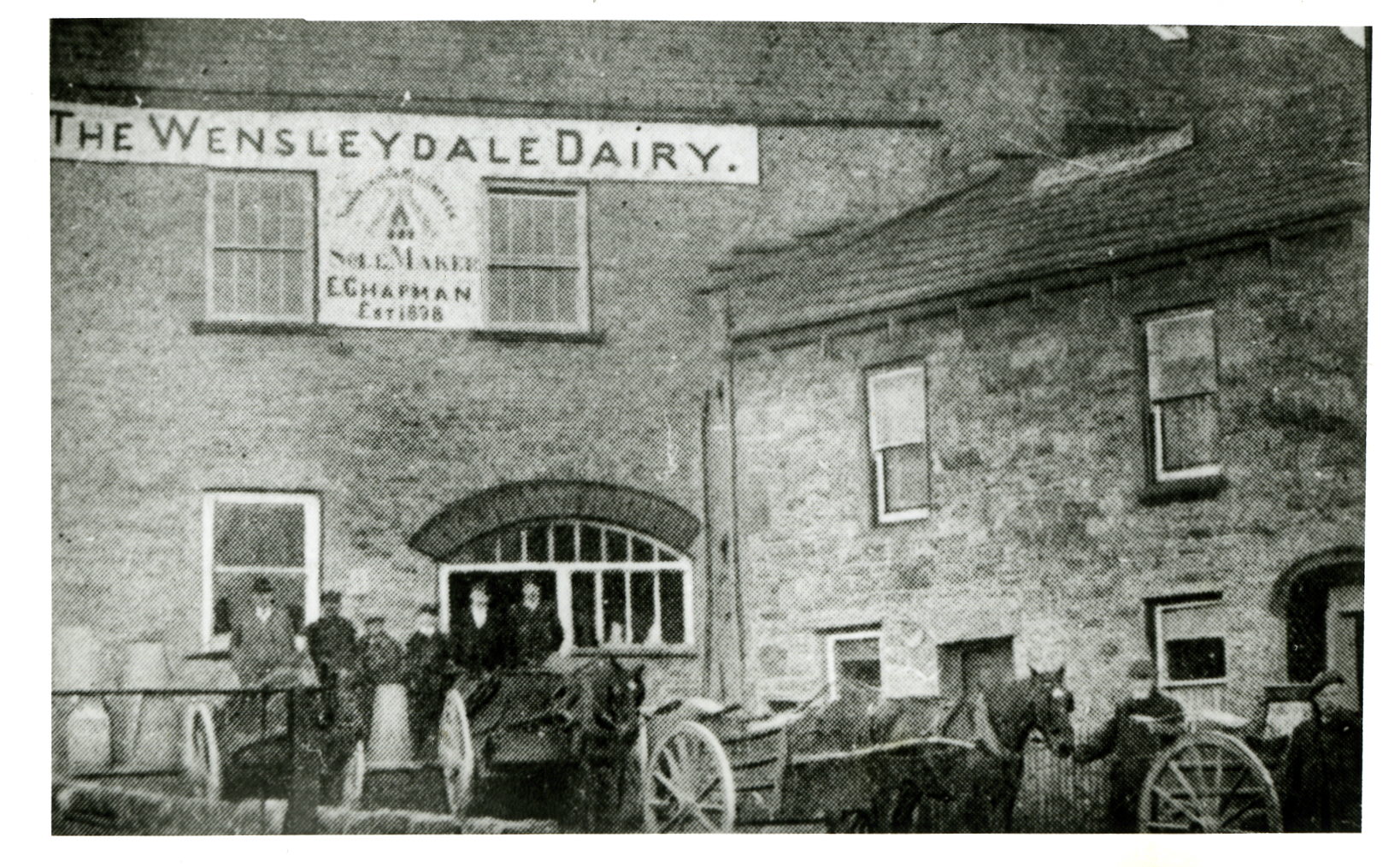 Kit Calvert had cause to be grateful for this factory as is recorded in his 1981 biography ‘Kit Calvert of Wensleydale: the complete Dalesman’ by Dalesman Books. Having managed to rent some grazing land as a young man he had an arrangement with a woman he once worked with, the ex-housekeeper of their late employer:
“The housekeeper sold for me whatever milk the customer required and any balance that was left over I took to the local cheese factory which was only 200 yards away” ibid p14
By the 1930s Kit was married and still dairying but the Great Depression hit farming hard:
“My wife was selling milk at 1 1/2d a pint and whatever was unsold I delivered to the dairy at 3d a gallon in summer and 8d a gallon in winter” ibid p15
He notes that at those prices many local farmers went bankrupt. He was saved by taking on a teaching post with the Workers Educational Authority. In 1933 the dairy itself went bankrupt and it was at this point that Kit Calvert stepped in and began the first of many fights to save locally manufactured Wensleydale Cheese.
Having researched all this we felt it only right to pop into the Creamery on our way home and buy ourselves a small slice of Special Reserve Wensleydale Cheese – and very tasty it was too! 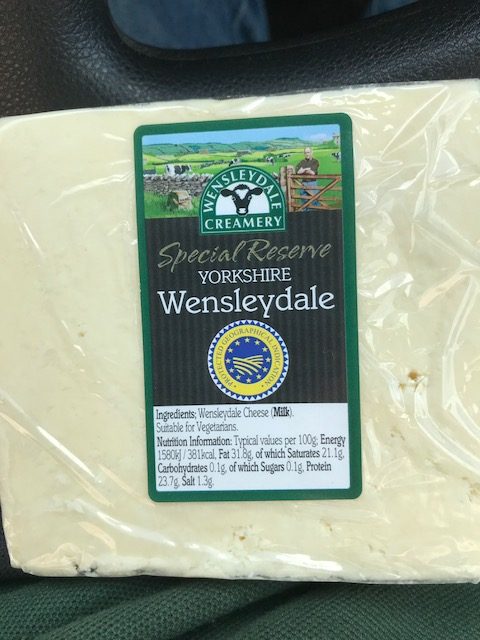 2 Replies to “Early factory production of cheese in Hawes”