Asby is full of Spring(s)

There are two interesting, but very different, wells in the parish of Asby. These are March’s Site(s) of the Month. One is located in the centre of Great Asby, and the other is more remote on the edge of a farmstead.

They are both perhaps better described as springs. A well is created by digging into the ground, and water is usually drawn up from underground aquifers by pump or container. However, a spring is a natural occurrence, and refers to where water flows from an aquifer to the earth’s surface.

Within the village of Great Asby there is a spring that has had a rectangular enclosure constructed around it. It is known as St Helen’s Well. It is located very near to St Helen’s almshouses – was there an associative connection? The almshouses were founded in 1811, and erected in 1814 as a single build and then subdivided into 4 cottages. 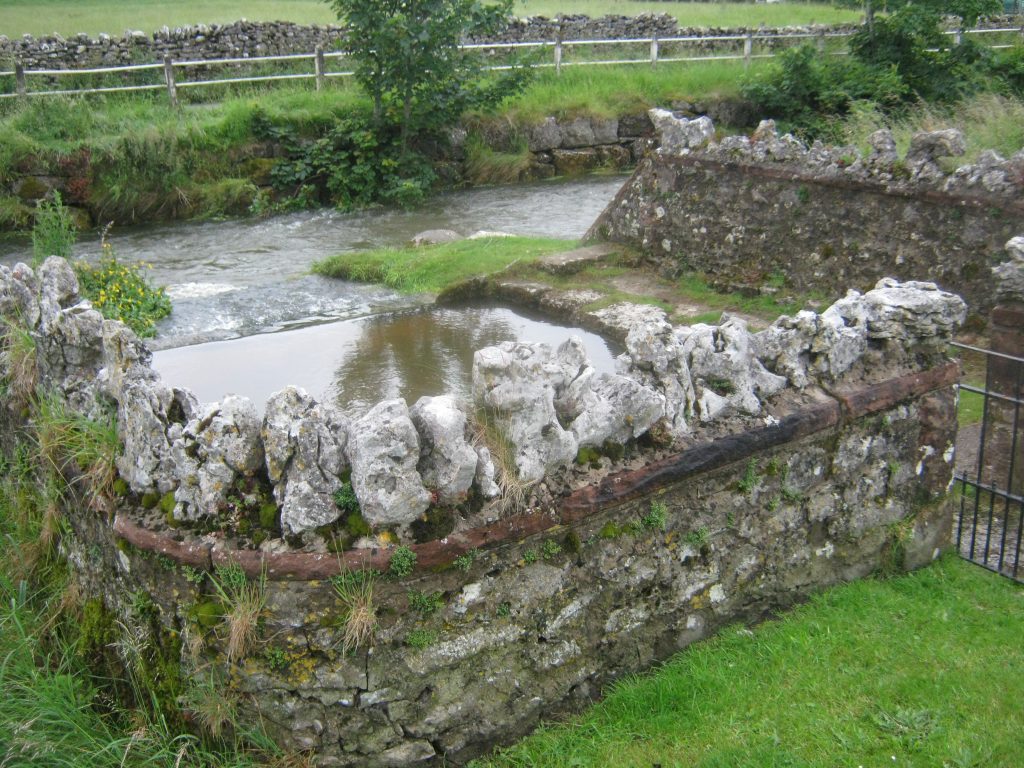 The spring is situated next to Dale Beck

The date of the enclosure is uncertain; however it was probably altered in the late 19th century. The enclosure itself only has 3 sides – there is no walling on the side of the beck. Instead the water rises from the large rectangular opening and flows into the beck over the steps at the front. Within the walls of the enclosure there is a wrought iron gate (north side) and a small secondary outflow under the east wall. The enclosure is constructed from slobbered rubble (high proportion of mortar with limestone rubble) with sandstone string course and weathered limestone coping. There are accounts dating to the early 19th century which mention stone benches lining the walls of the enclosure of the well – however these are no longer there.

Outside the village there is another spring – this one has a small well-house over it. This is probably medieval, potentially part of the original grange foundation in the 14th century. The spring rises through a square opening in the floor. The well-house is constructed from coursed, squared stone blocks. The roof is constructed of large, bevelled stones in 2 courses, with single stones closing each course at the gables. [Bevelling reduces the edge of the stone “tile” to a sloping edge.] There is a monolithic stone [a single large piece of rock] with cruciform moulding on the ridge. It is orientated east-west with entrance to the west and a small opening for light in the east wall. The spring and wellhouse is situated within a square dry-stone wall enclosure, which has a narrow gap facing the well entrance. This is now very overgrown. 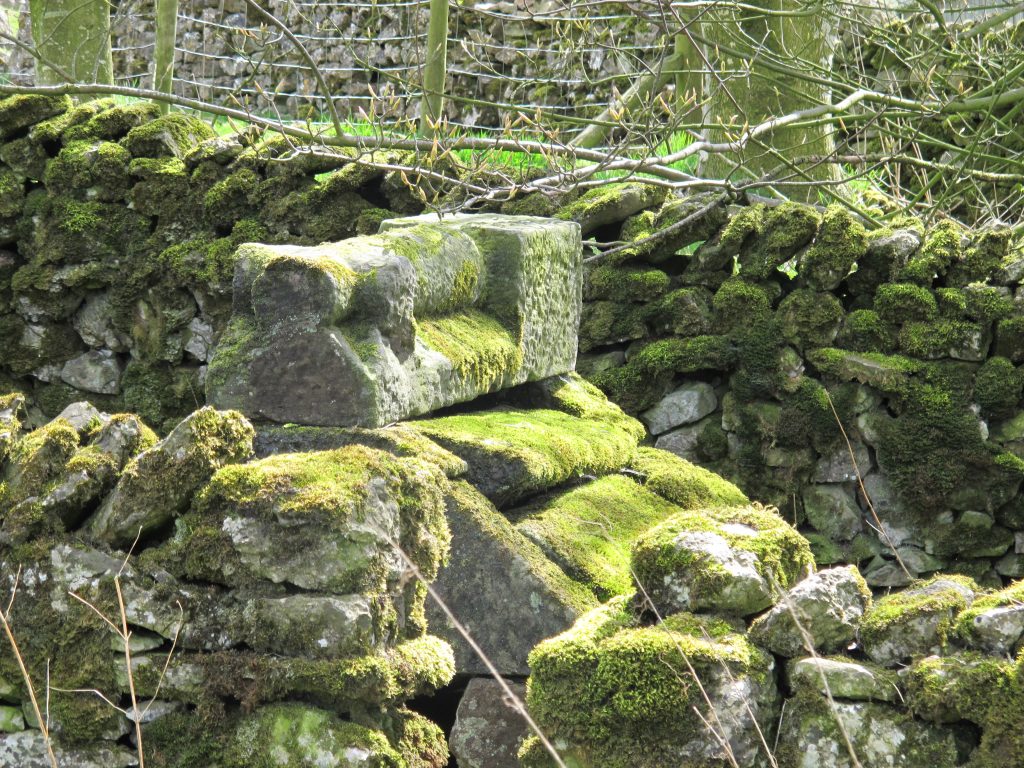 Historic Environment Record: MYD62432 and MYD64469
Parish: Asby
OS Grid Reference: NY68171328 and NY68551089
Dale: Upper Eden Valley
Access: One of the wells is located in the centre of Great Asby and is visible from the road (please take care). The other is located on the edge of a farmstead (private land); however there is a PROW that runs alongside it.