Malham – one of the best places to walk in Britain? The public think so, and I agree.

Malham has been voted one of the best places to walk in the UK and I know exactly why. On ITV’s Britains Favourite Walks, which listed the top 100 trails as voted for by you, the walk around Janet’s Foss, Gordale Scar and Malham Cove, came a glorious 3rd. Only losing out to two of Britain’s highest mountains. I think that’s a fair reflection of just how special the area is. 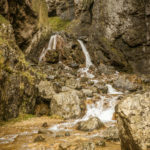 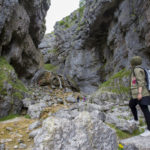 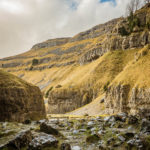 The Beck carries on out of Gordale and onwards to Janet’s Foss and beyond. © YDNPA 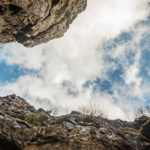 Don’t forget to look up. © YDNPA 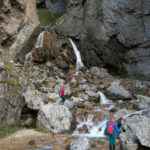 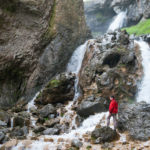 
I’m often asked which is my favourite place in the Yorkshire Dales National Park. For me it’s easy – Gordale Scar. You know when you walk towards it for the first time that you are going to see a waterfall.  But when you turn the corner to see it, it’s breathtaking.  I love taking groups of young people – perhaps people who’ve never been into a National Park, or even seen a sheep – to a place like that.  The Yorkshire Dales National Park really does have the awe inspiring features that a lot of other National Parks don’t have – and that to me is our greatest asset .
But that’s not to take anything away from Janet’s Foss, with it’s picturesque charm, and the mighty Malham Cove which dominates the landscape and offers amazing views down the dale. Both are stunning places to experience and this walk takes it all in. 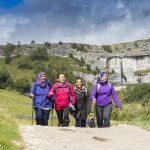 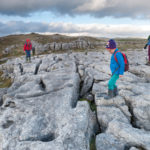 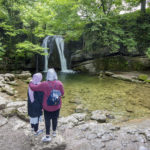 Enjoying the tranquility of Janet’s Foss in a wooden gorge.


Let’s not forget all the other walks from the Yorkshire Dales National Park that also featured in the programme. Ingleborough, Ingleton Waterfalls, the Coast to Coast and Grassington, are all worthy of the top 100 and I recommend you get out there and give them a go.

Have they missed anything from their list? What are your favourite walks in the Dales? Let us know in the comments section below.
We’ve got more information and walk ideas on our website.

Rob is the Area Ranger for Malhamdale, Ribblesdale and Lancashire

Rob is the Area Ranger for Malhamdale, Ribblesdale and Lancashire