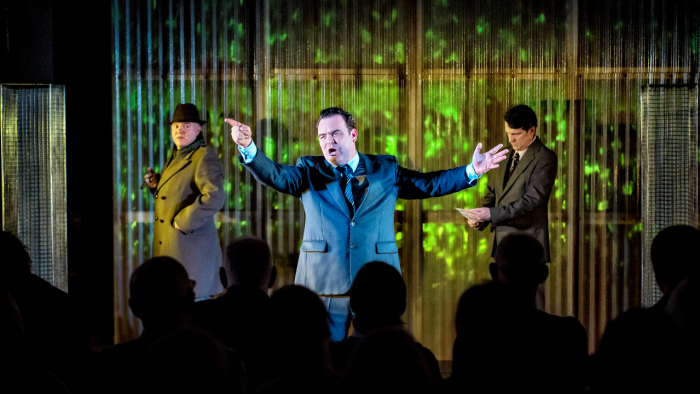 Adapted from the novel by David Peace

1974.Brian Clough, the enfant terrible of British football, tries to redeem his managerial career and reputation by winning the European Cup with his new team: Leeds United. The team he has openly despised for years, the team he hates and which hates him. Don Revie’s Leeds.

Originally co-produced with Leeds Playhouse, The Damned United takes you inside the tortured mind of a genius slamming up against his limits, and brings to life the beauty and brutality of football, the working man’s ballet.

‘a cracking piece of theatre’ 4* review from British Theatre

‘swift, compact and bullishly to the point’ 5* review from Entertainment Focus

‘Yes, this a play about football, but it’s so much more than that. It’s a tribute to an era-defining genius, a portrait of a man terminally wrapped-up in his own bravado, a study of loyalty and friendship under pressure…’ 4* Review in The Stage