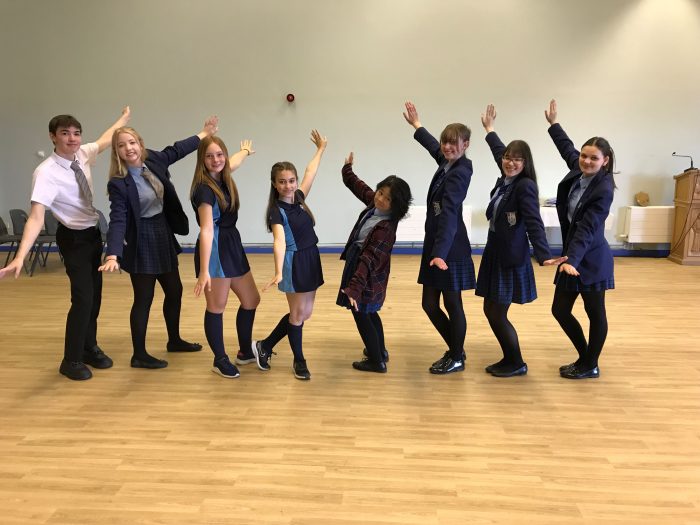 Little Shop of Horrors is a comedy rock musical that follows hapless florist Seymour as he nurtures a new, mysterious plant that has an unhealthy appetite for blood. As the plant garners attention and (most-importantly) customers for the struggling florist shop, Seymour is driven to extreme measures to satisfy its hunger. The musical is loosely based on the film The Little Shop of Horrors.

The school production features a cast of 40 pupils aged between 11-16 and is directed by Head of Drama, Claire Smith. The cast will be supported by a professional band led by Musical Director and school Head of Music Chris Rodaway, whilst fellow teacher Catherine Knight has taken responsibility for choreography.

The musical was comprised by composer Alan Menken and lyricist Howard Ashman, most notable for their work on Disney’s The Little Mermaid and Beauty and the Beast. It premiered in 1982 before enjoying success on Broadway and the West End. A film version of the musical was made in 1986 and featured original cast member Ellen Greene as Audrey and Rick Moranis as Seymour.

Based on the film by Roger Corman, Screenplay by Charles Griffith

This amateur production is presented by arrangement with Music Theatre International (Europe). All authorised performance materials are also supplied by MTI www.mtishows.co.uk