Interested in the bike race that will soon be gripping the attention of Yorkshire this September?

You can find below all of the special events that will be happening in the Yorkshire Dales National Park to celebrate the UCI World Championships. These include community activities that you and your family can be involved in, extraordinary land art that’s definitely worth a photo, and so much more.

The community in Bainbridge have arranged for a family fun day on the village green, right on the route of the Men’s elite race on Sunday. Activity includes pop-up stalls, inflatables, music and entertainment and a big screen to watch the race!

The people of Carperby are coming together on the village green for a ‘bring and share’ picnic. About 20 villagers have been knitting little UCI jerseys to form bunting and decorating the village cross in UCI colours. They’re asking people to come dressed completely in one of the UCI Rainbow colours. There will also be Land Art on the football pitch which will include a UCI jersey and the name of the village. The race will also be shown on a big screen, and the riders are expected in Carperby around 12.45pm.

There will be film screenings, family activities and workshops, and open air cinema on the evening of Saturday 28 September at the Dales Countryside Museum. The day will be organised by Stage 1 Cycles. During the day the museum will be hosting cycle related activities for families such as make-your-own bike handle bar streamers.

Yorkshire based artist Adrian Riley and student designer Emily Vitty were chosen by Richmondshire District Council to design, create and install the land art close to the Buttertubs Pass.

For the very first time in the event’s 98-year history, Yorkshire 2019 have organised a publicity ‘Caravan’. This was hugely popular when the Tour de France came to Yorkshire in 2014, and this year, the flotilla will travel the Men’s Elite Road Race route from Reeth in the Yorkshire Dales National Park down to Harrogate.

Reeth was chosen especially as a way of recognising the resolve and spirit shown in the wake of the severe flash flooding which ravaged parts of the Yorkshire Dales last month.

Swaledale (which encompasses Reeth) was particularly badly hit with many residents suffering damage to their homes and businesses. The bridge on Grinton Moor – which was due to feature in the Men’s Elite Road Race – was washed away completely but North Yorkshire County Council have acted swiftly to build a temporary replacement, meaning the route for that race will be unchanged.

The Dales Bike Centre in Fremington have set up a Swaledale Fan Hub for the Championships. They’re showing all the races on a big screen, arranging food, drink and entertainment, and have organised bike rides out to see the racing at various locations in the National Park. Dales Bike Centre have also done a fantastic job spreading the message that the Yorkshire Dales are open for business following the freak flash flood at the end of July.

The Beefeaters at Grinton Moor Summit – Sunday September 29 from 9am to 11.55am

Since 2014 The 6 ‘Beefeaters’, a group of distinctly average cyclists, have been ever present at the Tour de France. A group of friends brought together by their love of road cycling and a passion for sharing good times.

Together they’ve been putting on ‘probably the best party at the Tour de France’ all over the French Alps for 6 years. This year they’re bringing the party to Yorkshire and the UCI Road World Championships. They are the world’s best cycling fans, and you can experience them ramping up the atmosphere on the Grinton Moor Summit during the Men’s Elite Road Race.

For more information on the race itself please visit: worlds.yorkshire.com/the-races 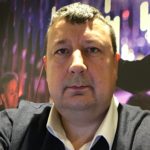 Mark is the Communications Manager with the YDNPA.

Mark is the Communications Manager with the YDNPA.