We’ve recently been alerted to the work of Castle Bolton-based artist Fred Lawson by one of our local researchers Marjorie Iveson. 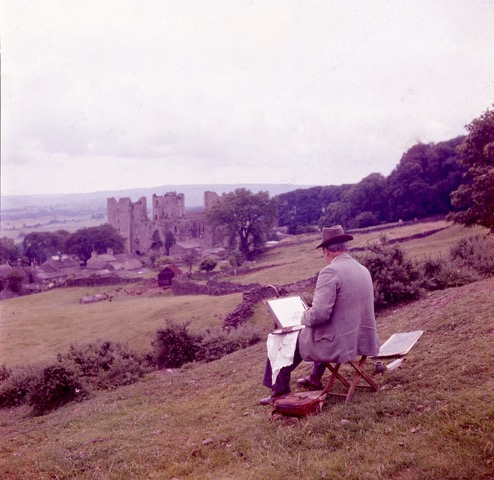 She put us in contact with author John Duncalfe who has published a book on his life called ‘Fred Lawson 1888-1968: A Painter’s Life’ and Fred Lawson’s niece Trixie Walker. Both have been very happy to send along relevant images of Fred’s work featuring dairying in Wensleydale. The ubiquity of the dairy cow is the first thing you notice. 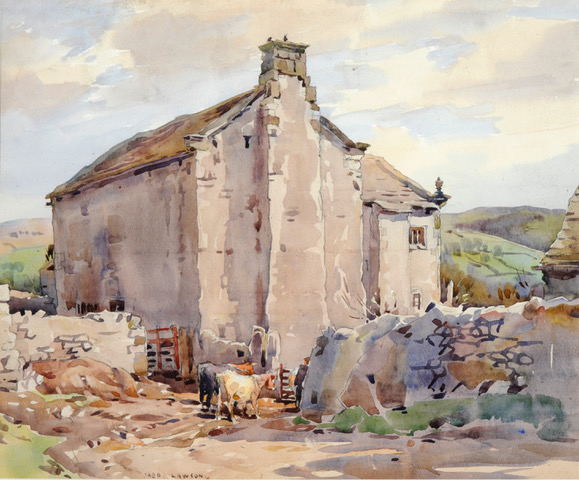 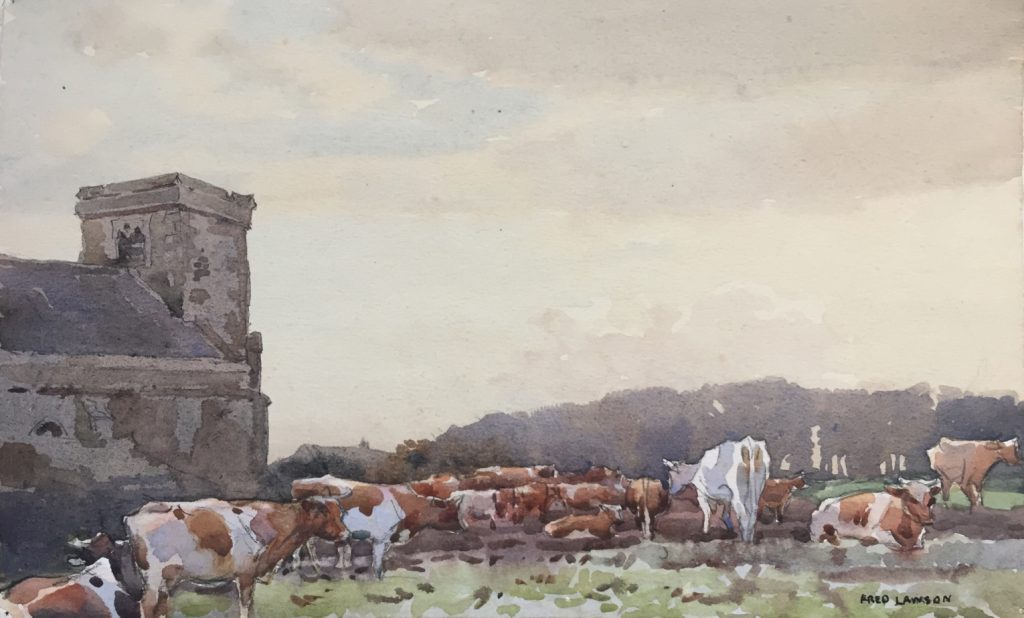 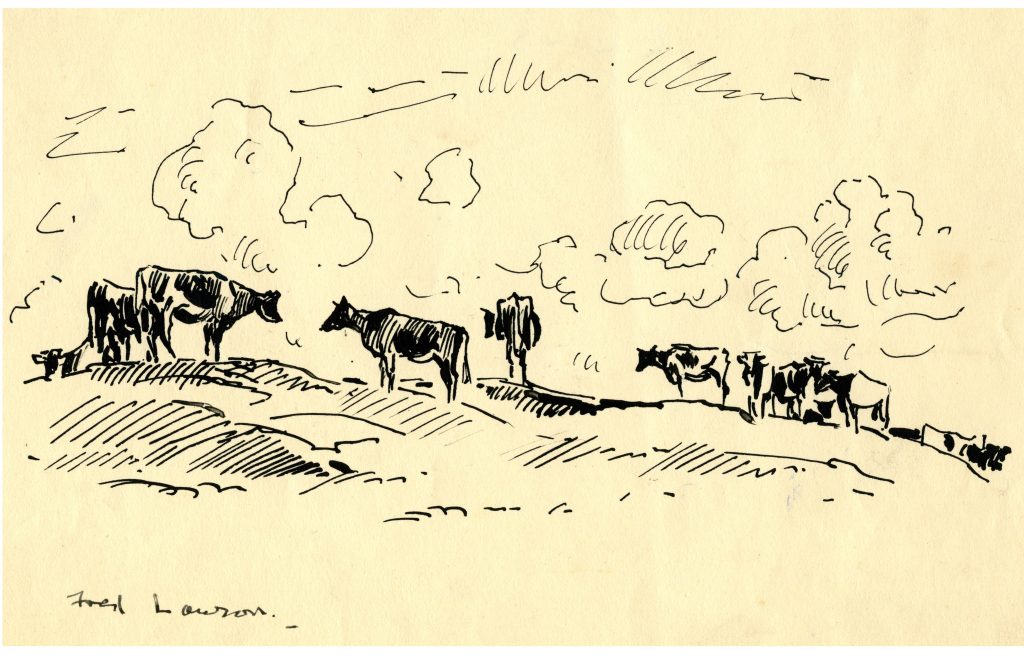 Trixie also sent this delightful quotation from Fred Lawson about an evening sketching:

“I enclose a drawing I did in an old yard here the other night, it is next to the castle and has always a shadowy romantic feel about it. When I started the yard was full of cows waiting to be milked, but as we were a bit crushed and they kept backing into me, I got a bit tired of them and did not put any in the drawing. When I got it home and propped it up to have a look at it, I got a strong desire to put a group of little old men with long beards sitting near the building and having a chat, and perhaps one peeping out of the forking hole.”
Excerpts from Fred Lawson’s Letter from the Dales 1950 & 1951 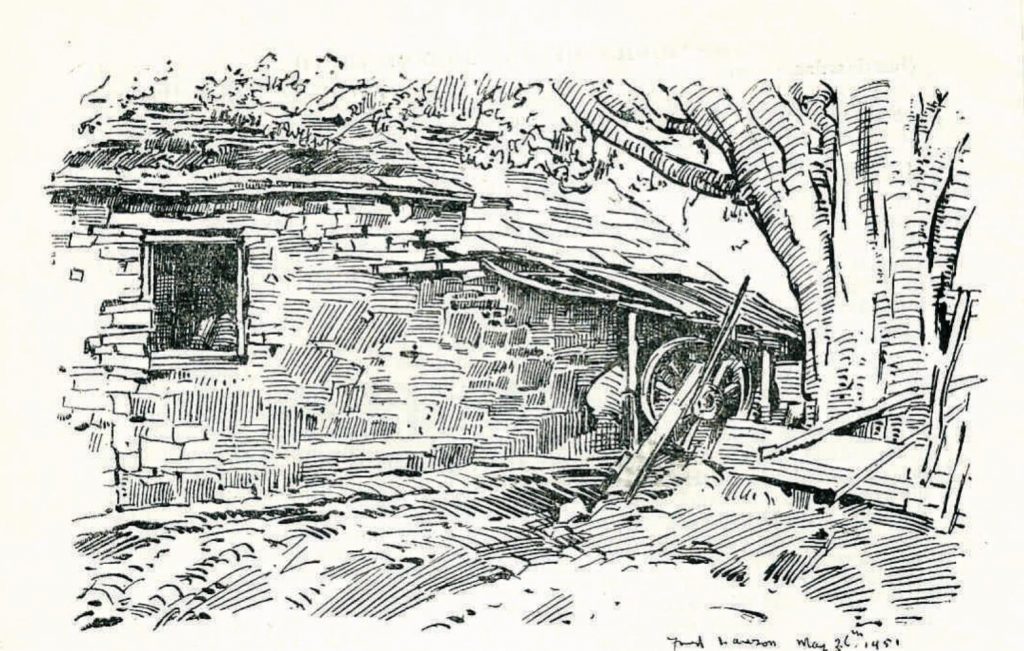 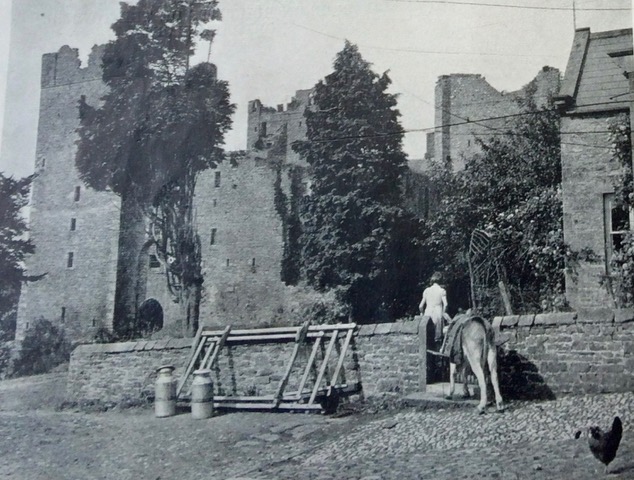 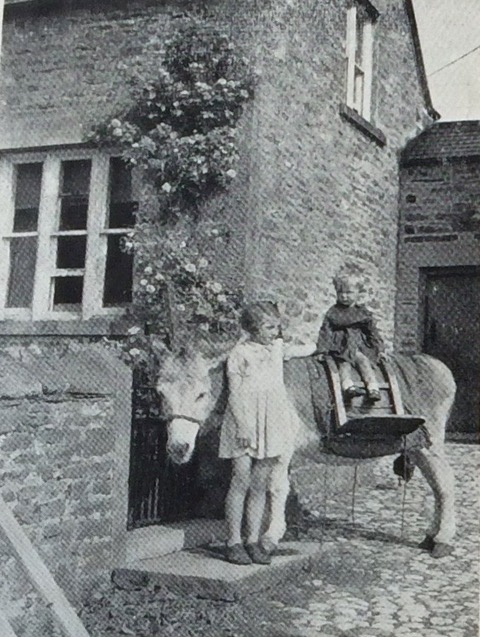 Fred was mostly interested in painting outdoors but John Duncalfe has included two wonderful scenes inside cow byres in his book. One is a pen and ink drawing showing dairy maids with cows on a farm at Finghall near Leyburn dating to the 1920s. 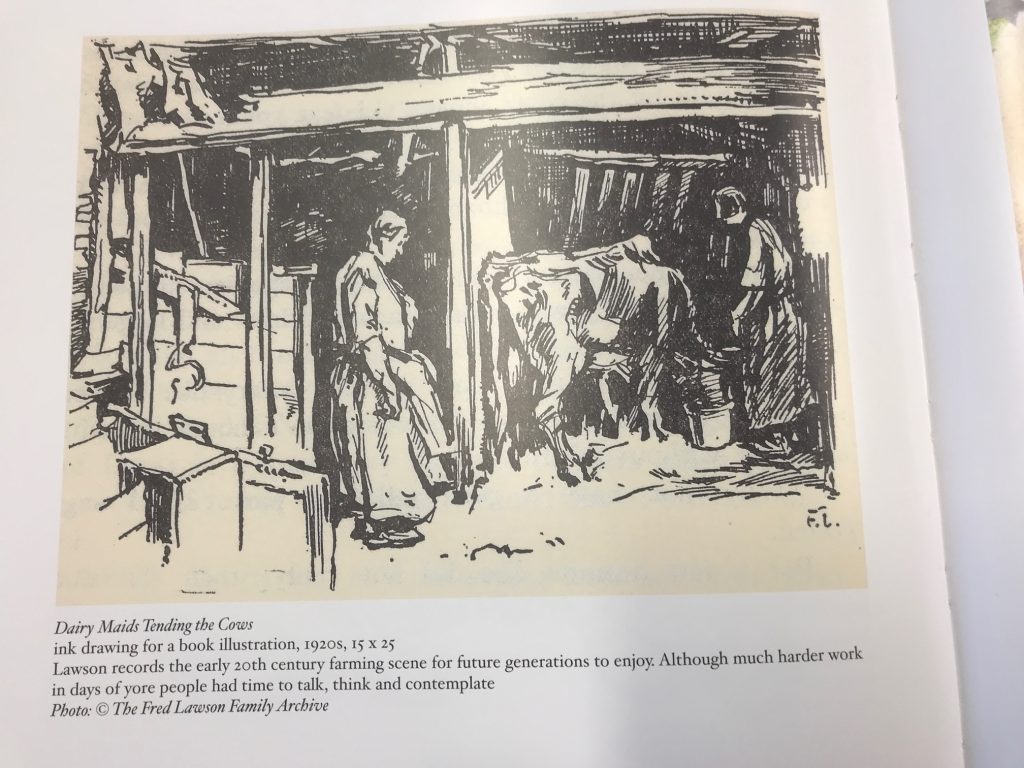 The other shows Albert Spensley (uncle of Ian Spensley) feeding a pet lamb inside a huge barn at Castle Bank Farm, Castle Bolton. The foddergang and skelbuse dividing the hay mew off from the cow stalls (booses) are all shown. It dates to 1912. These early twentieth pictures are important because they pretty much predate the earliest  photographs we might have so we’re very grateful for permission to reproduce them here. 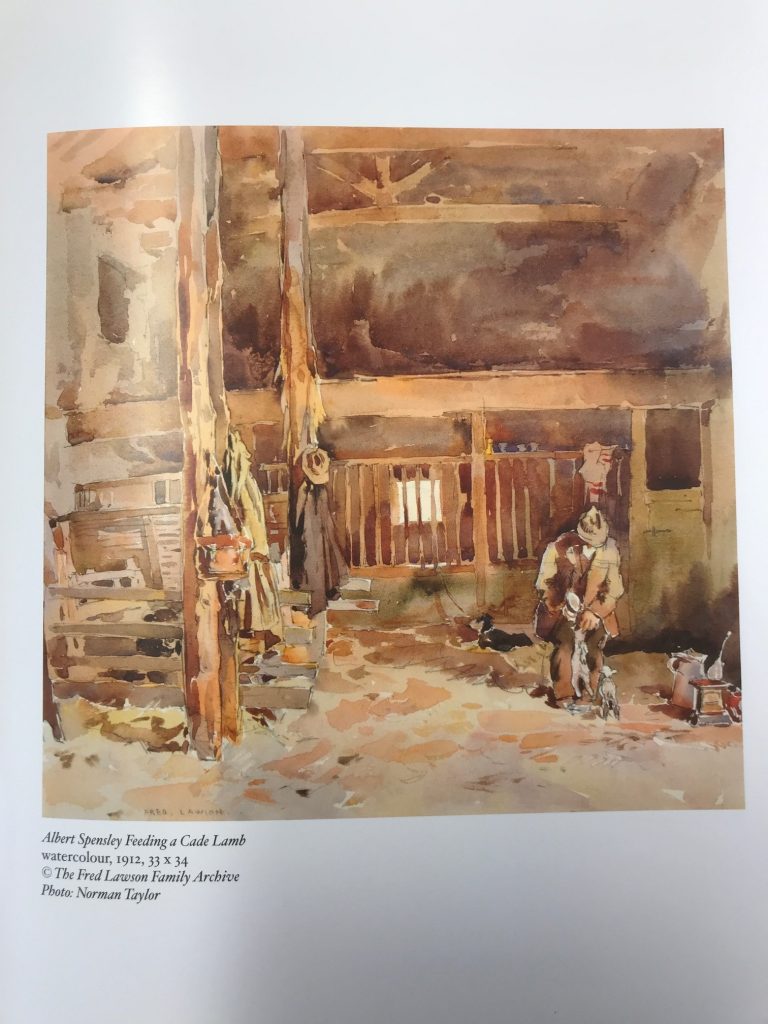