The First and Second World Wars left visible scars on the landscape of the Yorkshire Dales, ensuring that the people who live in this area will never forget the sacrifice made by our forefathers for our freedom today. We take a look at some of those sites that were used during the World Wars or that now commemorate them.
War memorials come in a variety of forms, and you can see many examples of these throughout the Yorkshire Dales National Park. 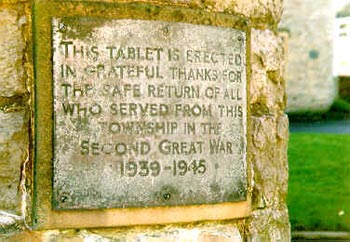 The War Memorial in Aysgarth was erected after the First World War when the villagers joined together to carry the blocks from the nearby quarry to the memorial site. Words around the top of the memorial read “They Live, Heard, Felt, Died”.


In Langcliffe, the memorial was added to the village fountain basin. The fountain has an octagonal basin which was built in the 18th or early 19th century from stone. The fountain head was replaced in 1920 with a cross when it was adapted as a village First World War memorial. The design was chosen by relatives of the eleven village men killed during the First World War.  The names of the four men killed during the Second World War were added later in 1995. 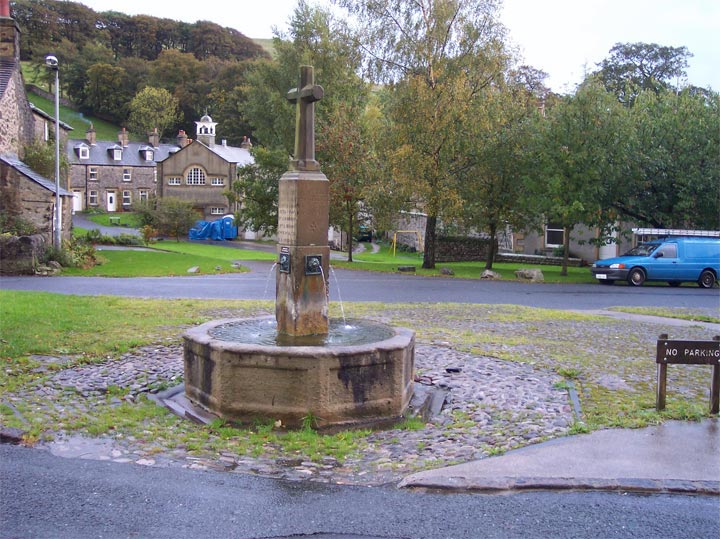 The commemorative fountain in Langcliffe

Buildings that form central hubs of a village are often used as war memorials. In Thornton Rust, the village hall was built in 1924 as a First World War memorial – a plaque on the gable commemorates this.
Several sites and buildings were adapted or re-used during the Second World War. The site of a motte and bailey castle in Sedbergh was used as a Royal Observer Corps (ROC) Post. This post was opened in 1938 and was part of No 29 Group based at Lancaster. In 1943 it was equipped as a ‘Granite’ post. This was the code name for posts built on higher ground and supplied with flares to warn friendly aircraft of nearby hills. In 1965 an underground bunker was built here as part of a low level early warning system in the event of a nuclear attack. It was closed in 1968 and no above ground remains of the ROC post survive. 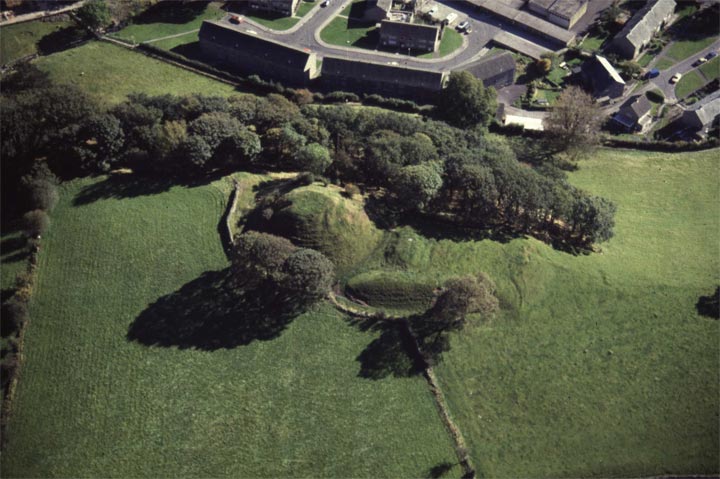 Attermire Rifle Range, near Settle, was originally built in 1860 for a volunteer rifle corps. This had been set up in the mid-19th century when the threat of war with France was hanging in the air. The volunteers were transferred into the Territorial Army in 1908 and they continued to use the range up until the First World War. During the Second World War, the local Home Guard reused the range.
The second floor of Gayle Mill, near Hawes, was used for accommodating military personnel. Physical evidence of this includes an external emergency escape route, the fitting of black out screens and some graffiti. The Mill remained operational during this time as a sawmill and for electricity generation. For more on Gayle Mill, see  yorkshiredales.org.uk/june-2017-gayle-mill
Farfield Mill, near Sedbergh, was used for the manufacture of crankshafts for Airspeed Oxford Trainer planes. A brick built air raid shelter also survives near the main building.
There are also sites that were purpose-built during the Second World War, such as Linton Camp.
Linton is one of a series of Camp Schools built by the National Camps Corporation in 1939 to house evacuees. Linton was used to accommodate evacuees from Bradford and Leeds, whose fathers were away in the forces and whose mothers were often doing shift work in the mills or munitions factories. For more on Linton Camp, go to yorkshiredales.org.uk/july-2017-linton-camp-school 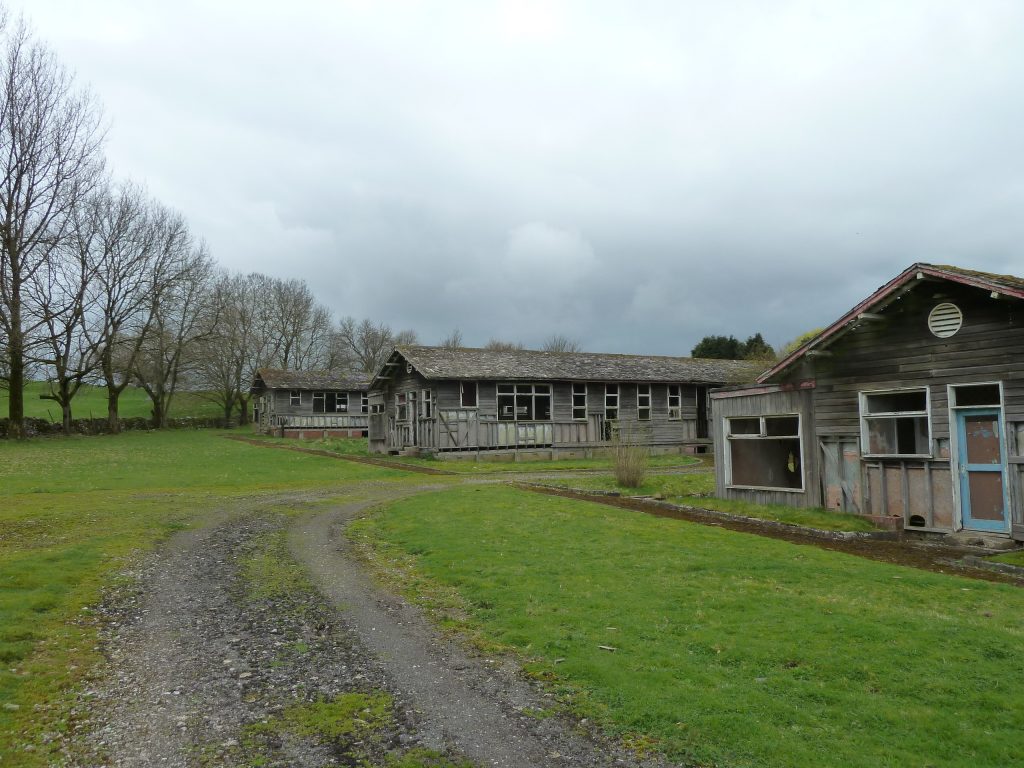 The remains of classrooms and dormitories at Linton Camp

The Cracoe Searchlight Battery is a site of a series of three Second World War searchlights. They survive as 6-8 metre diameter circular earthworks in a field south of Cracoe village. They were associated with an army training camp, and would have been used to warn friendly aircraft of high ground to the south as well as distracting bombing raids on their way to the industrial towns around the area. 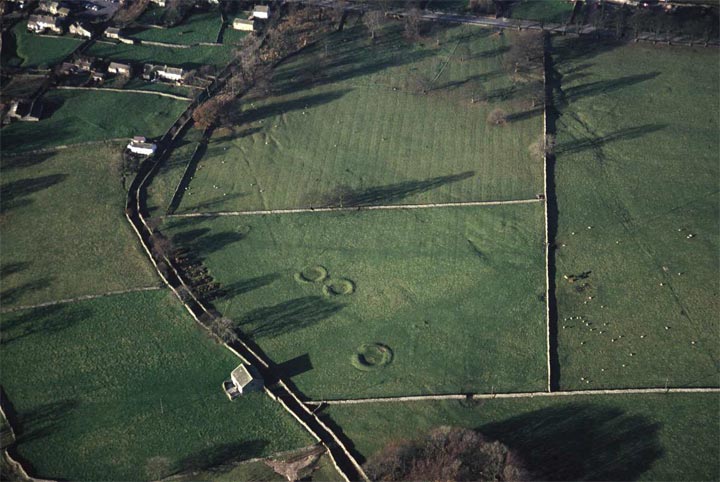