The Quarries at Stags Fell

The sandstone quarries at Stags Fell are June’s Site of the Month. Stags Fell Quarries are the most extensive areas of stone working in the Dales, and are clearly visible looking north across the dale from Hawes as an unbroken line of spoil heaps skirting the edge of Stags Fell.
The Yorkshire Dales have long been associated with mining and quarrying. Despite this, even during the heyday of flagstone production, quarrying was not a ubiquitous occupation, with the job mainly being restricted to individual family lines. The job was volatile, and poor weather conditions could jeopardise a quarryman’s economic prospects. 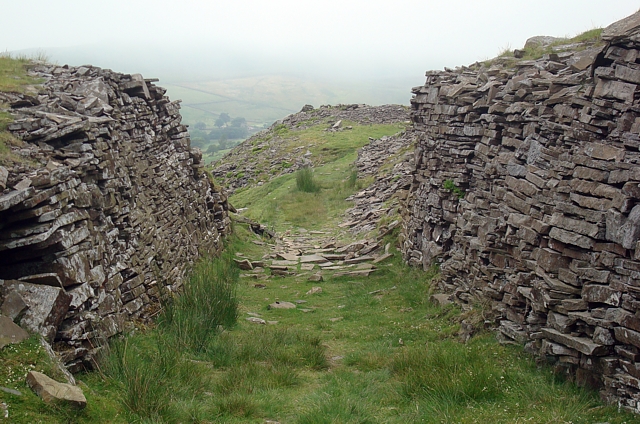 The site of Stag Fell Quarries incorporates a number of quarries including New, Low, High and Old Quarry. The quarries are technically drift mines – horizontal mine entrances dug into the hillside. These extensive quarries were worked during the 19th century producing split sandstone, often used as roofing material, for flagstones or as millstones. The stones were transported to nearby villages and towns in the district, such as Hawes and Gayle. However, the construction of the railway in the later 19th century provided an opportunity to reach much wider markets.
The quarries are not the only feature at Stag’s Fell. Numerous lime kilns remain, as well as areas of lead mining higher on the moor, and trackways for the transportation of millstones (which were quarried higher on the moor).
Remains of enclosures and folds have been found next to the quarries, indicating that ponies and horses were used in helping to transport the flagstones.
Use of the site is not restricted to quarrying and related activities. The site has seen human activity for millennia, evidenced by remains of prehistoric worked flint. An arrowhead dating from the Bronze Age has also been found in the area. 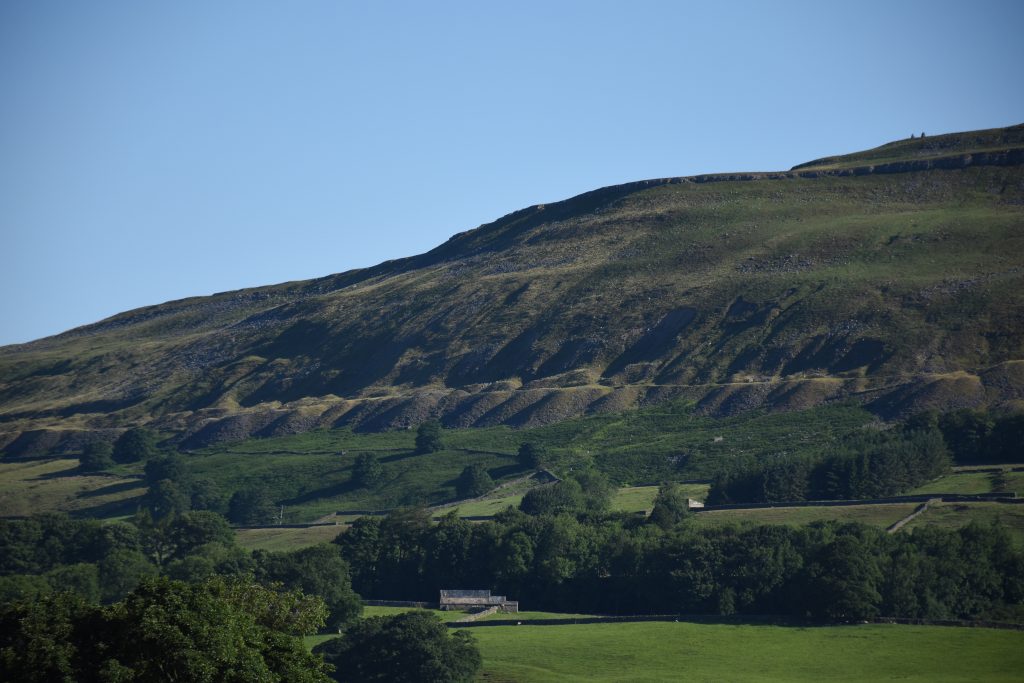 In 1964 the area was photographed as “Derelict Land” as part of the North Riding Councils “Eyesores” programme. At that time there were suggested plans to afforest the area.
The area is open access land, and popular with people seeking outdoor activities. The quarries are part of popular walking routes (a right of way runs through part of the complex), and the Dales Hang Gliding & Paragliding Club uses the area as a launching point.

History student Jack is volunteering with our Historic Environment team, while studying at the University of Northumbria.

History student Jack is volunteering with our Historic Environment team, while studying at the University of Northumbria.