Gunnerside Smithy can be dated to the late eighteenth or early nineteenth century. The smithy is still operational and run by the same family. There is now a small museum on the site which exhibits wide-raging artefacts that were made over the centuries in the smithy. 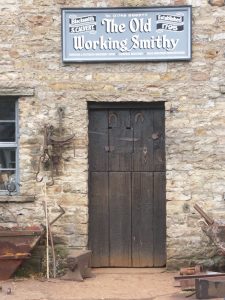 The main smithy door is interesting in that it has been used to test horn burns for sheep and has various other iron marks for mining companies and individuals.

Gunnerside Smithy can be dated back to the early 19th Century through its construction from coursed rubble, high eaves, and large windows with thin stone lintels and sills. The smithy has a domestic appearance from the front, with a rare survival of 16-pane sash windows on the ground floor. The main smithy building is two storied, with a single storey edition that now houses a small exhibition about the history of the smithy in the community. (The image above shows the building before works were carried out and the exhibition created.) 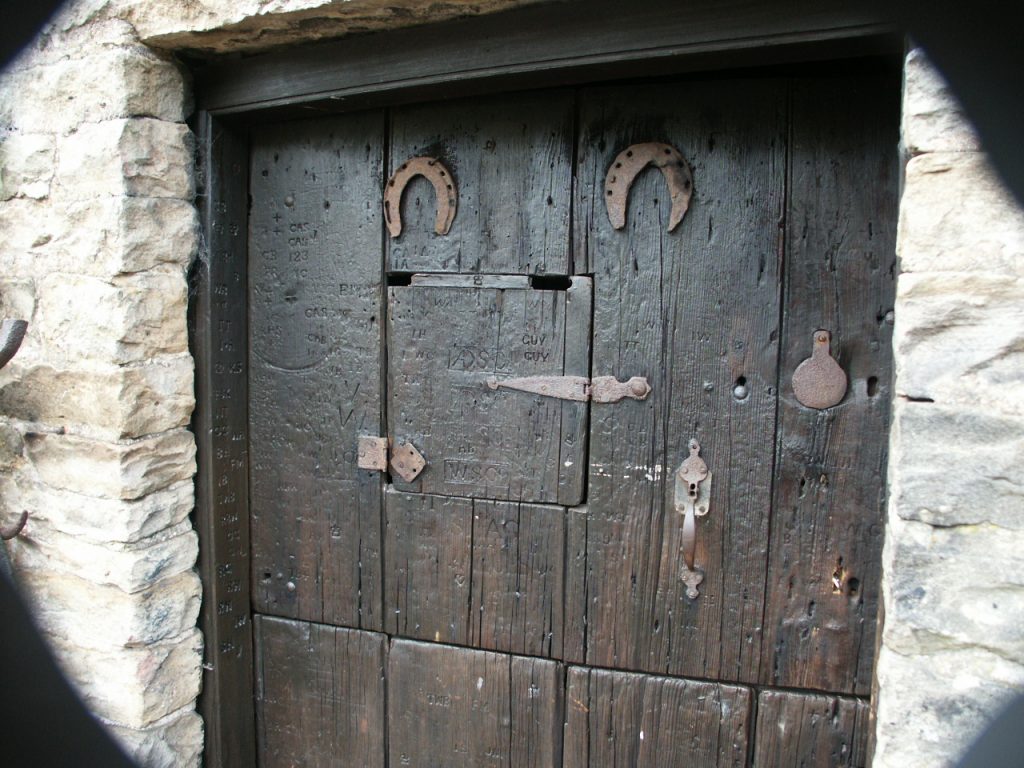 The inscriptions are clearer in this closer image, and the peephole is a nice existing feature

In the 19th Century the two hearths in the smithy burnt coal carted down from the William Gill and Tan Hill pits at the top of Arkengarthdale. Coal was being worked from shallow pits around the outcrop at Tan Hill by the 13th Century, with mining being undertaken on a larger scale by the mid-17th Century. No element of the mining became particularly mechanised. Production began to decline in the later 19th Century, with coal mining abandoned around the time of the Second World War.
Several day books survive from the 19th Century written by the blacksmiths. These show that although the work was mostly shoeing horses (horses were used on farms up until around the 1950s so horseshoes were a mainstay for the blacksmith), the smith could turn his hand to almost anything, from repairing a child’s minnow net to making tools for stonemasons.
The museum was put together from a selection of objects inherited by 6 generations of Calvert men, the blacksmiths from the late 18th century to the present. Themes emerged from these objects which represented several aspects of traditional life in the Dales. The exhibition shows the importance of the blacksmith for the community, including making and mending items connected to farming, mining, transport and home life. All of the artefacts on display are from the smithy itself. 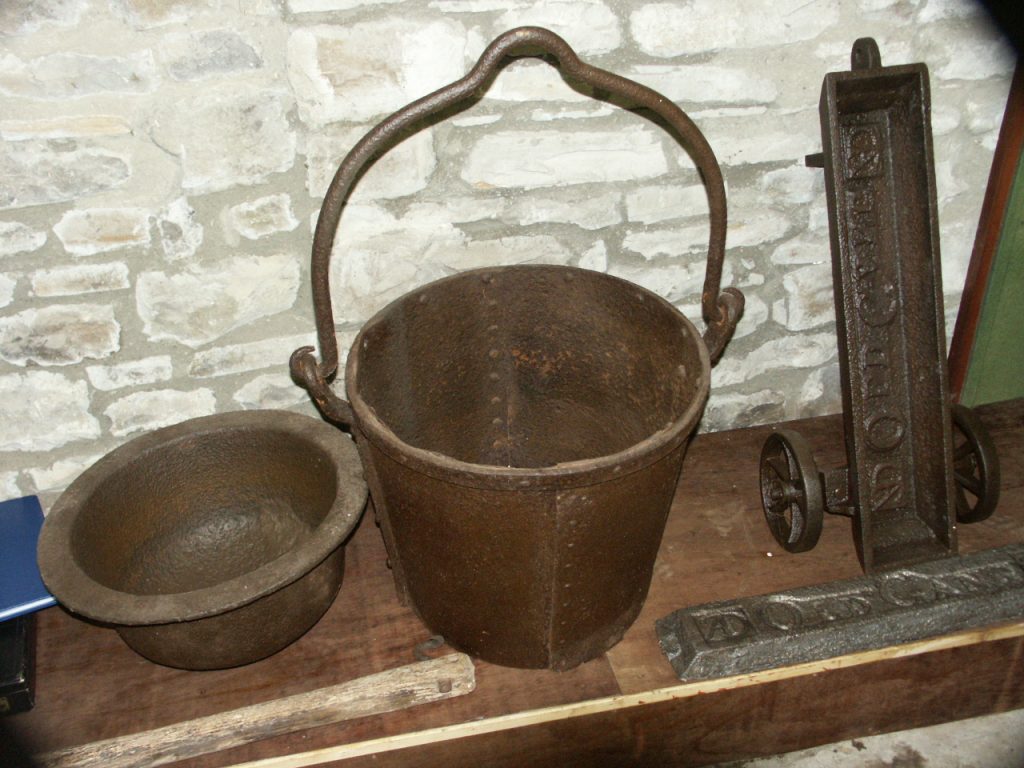 The iron pot in the centre of this image is a kibble, which was used for winching ore up from the levels

The establishment of the museum has meant that objects depicting life in rural Swaledale has been saved for the future in its original context, a working smithy. It has been said that it brings to life the pioneering work of Marie Hartley and Joan Ingilby who celebrated the Yorkshire Dales, and the life and the traditions that could be found there. They even made mention of the smithy (in their book entitled The Yorkshire Dales), remarking on the daybooks and what can be learnt about that names and “nicknames” in that area, as well as the inscriptions and marks on the door of the smithy which form a little record of past times. 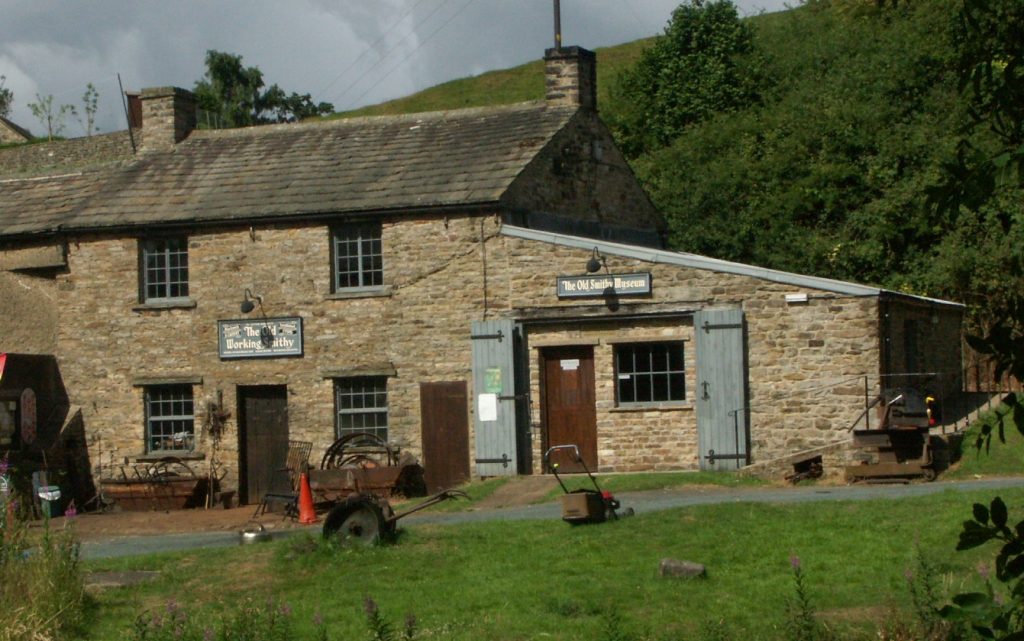 The smithy is still in use, however the museum does not open till around easter

The museum is currently closed, but will reopen around Easter. For more information have a look at their website www.gunnerside.info/Places/The_Old_Working_Smithy.html

2 Replies to “The Old Working Smithy”