The Mill Under the Reservoir

Embsay with Eastby parish in the south of the National Park has a significant industrial heritage, with the Industrial Revolution resulting in several mills being built here. One, Whitfield Syke Mill, had a long and varied history as a spinning mill, a ‘health resort’ and home to the Navvy Mission Society – until it was demolished and flooded by the construction of Embsay Reservoir. 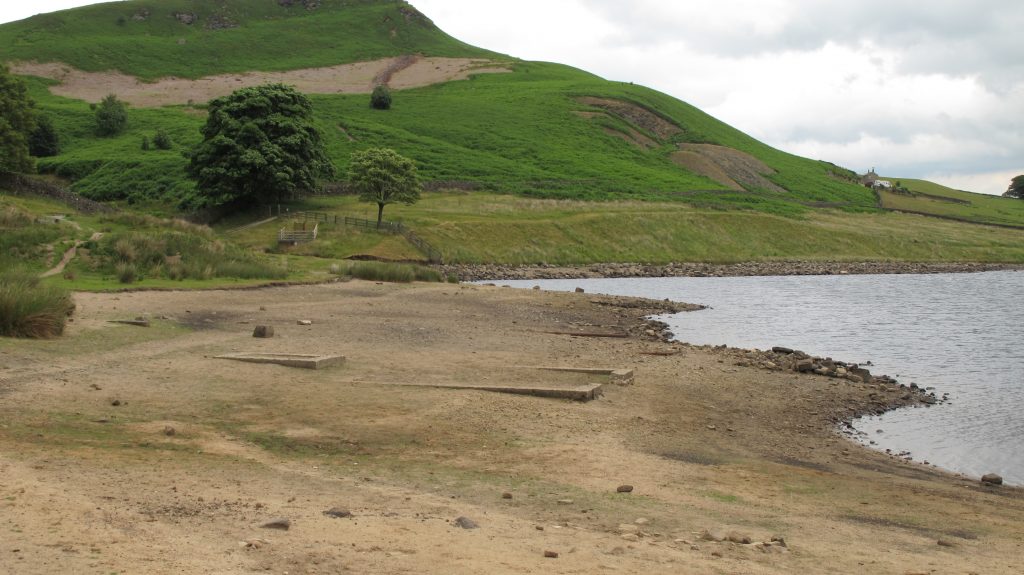 Whitfield Syke Mill was founded as a spinning mill in 1795 and was one of the first water driven textile mills (fed from Whitfield Syke Spring) in Craven.
In 1809, the mill was described as being three storeys high, powered by an 18 x 3 foot waterwheel. However, by 1821, it is recorded as being brick and slate, and four storeys high. By 1828, the handloom weaving side of the business had been abandoned, with the mill concentrating solely on spinning. It was entirely water powered by 1833, with several small streams generating about three horse-power, and the use of mules for spinning weft.
One report suggests part of the mill burnt down in 1837 and never fully functioned again, finally being demolished in 1903. However, there is no evidence to support the theory of major fire destruction. Instead it was expanded into a Lower and Higher Mill in the early to mid nineteenth century, and continued to spin cotton until the 1870s.
Six workers’ cottages had been constructed near to the mill by 1817. Despite the relatively low wages, it had far better working conditions in comparison to urban mills. The piece workers, however, could not rely on it for steady wages all year round, with the mill being heavily dependant upon the availability of water for power. It closed for economic reasons and has been reported as never being financially successful. This was particularly a problem in around 1850 when the mill suffered a setback when it was deprived of some of its water as a result of a legal action at York Assizes. 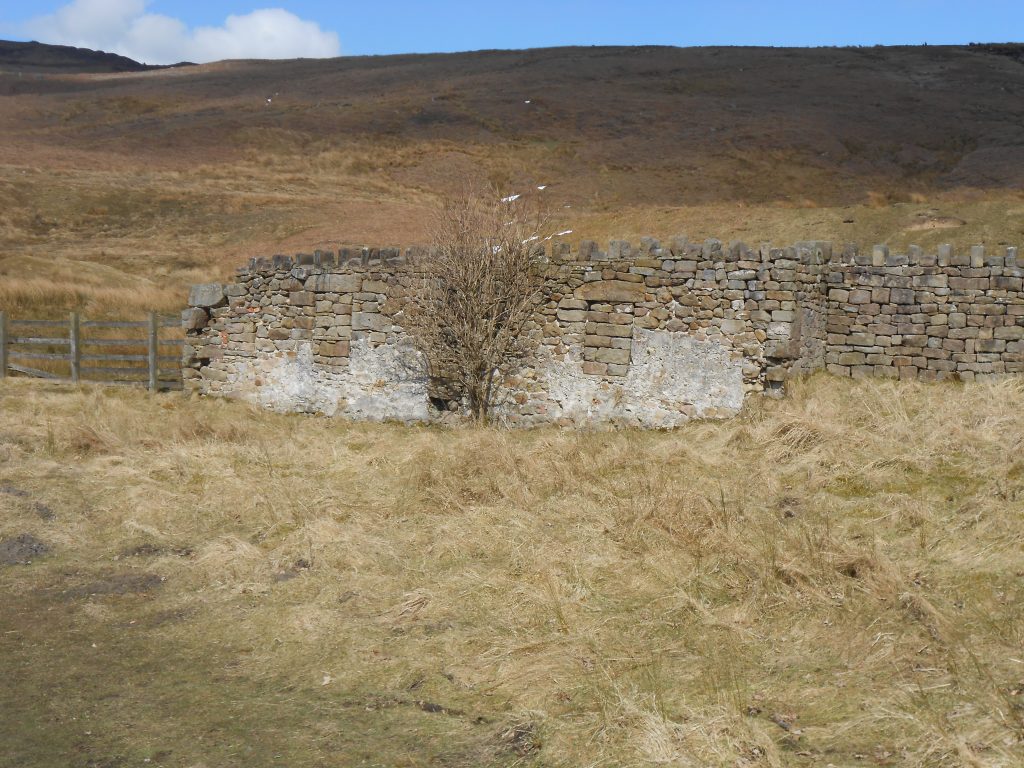 Remains of one of the cottages backing onto the boundary wall

Following the closure of the mill, the mill buildings and the cottages fell into disrepair, until a Mr Parkinson bought the properties around 1892. He demolished part, tidied the remainder, and converted the dwellings into ‘holiday homes’ for city and town residents seeking the fresh air of the Yorkshire Dales. Visitors from Manchester, Bradford and Skipton came to recuperate . Tea parties are said to have been held there, as well as social gatherings and religious services.
In 1905, the main mill building was converted into accommodation for workmen for the construction of Embsay Moor Reservoir (1905-1910) and, as the project came to a close, the cottages and mill buildings were demolished. 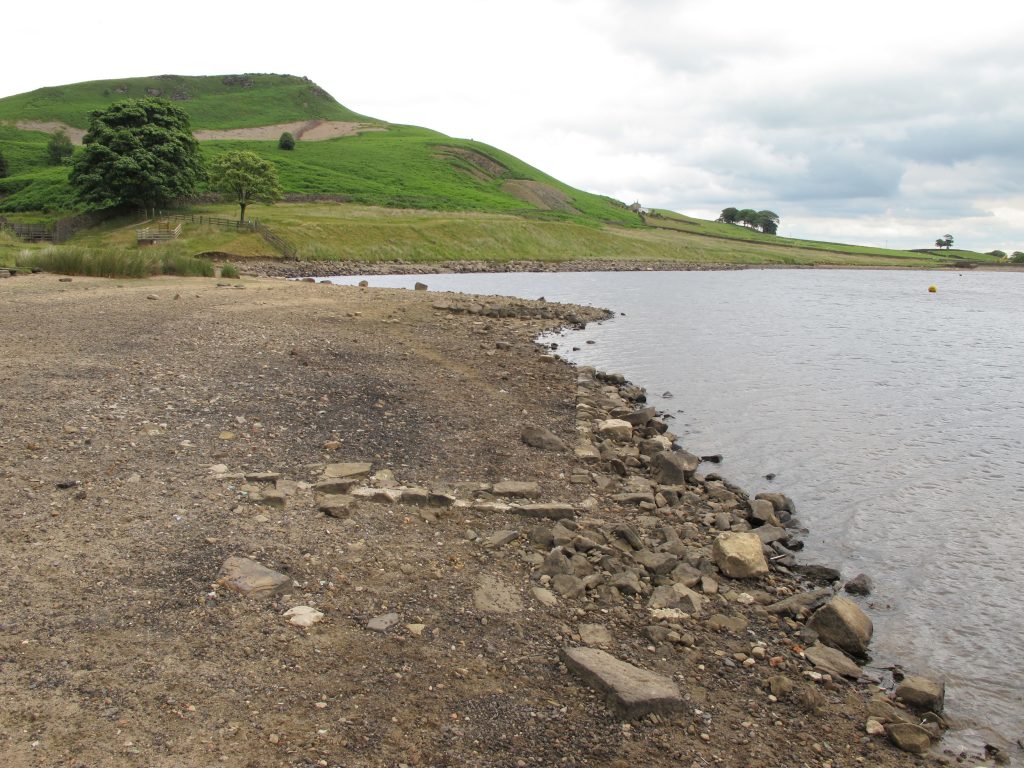 During the reservoir’s construction the Navvy Mission Society was allowed to use the former warehouse as a centre for their work with the navvies –  construction labourers – which they repaired to create a space that included a chapel and reading room. The Mission Room was formally opened in 1906.
The Society was concerned about the welfare of the navvies, and particularly their families, due to their itinerant way of life. The Society and local residents provided those in need with parcels at Christmas and raised funds, and soup kitchens were provided Skipton. After the Mission Society left the ex-mill site, members of the Wesleyan Chapel in Embsay continued to hold religious services in the former mission building. 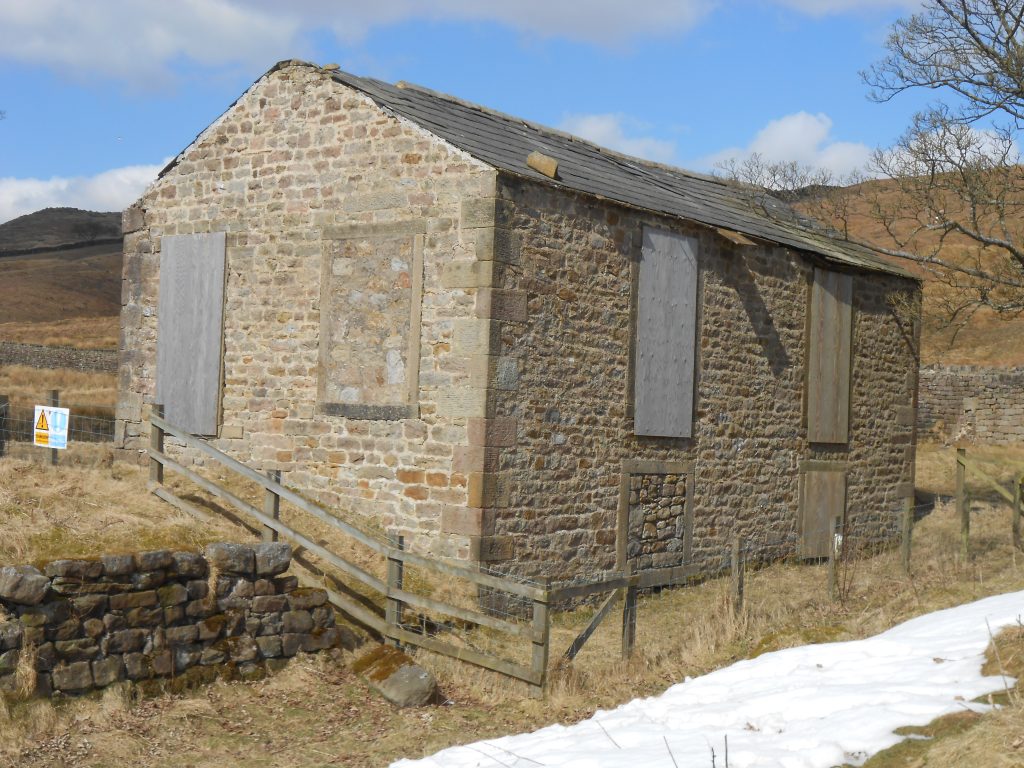 The Navvy Mission Society used this building, a former warehouse, as a Mission Room during the construction of the reservoir.

Today, little remains of Whitfield Syke Mill. The site of the three mill dams, as well as parts of the mill cottages, can easily be traced within and outside the reservoir boundary wall. Only the old warehouse, which was used by the Navvy Mission Society, remains standing and still survives to the present day. Nationally, there is little surviving physical evidence today of the Navvy Mission Society, with few extant Society buildings – making this example particularly interesting.
Historic Environment Record: MYD27251
Parish: Embsay with Eastby
OS Grid Reference: SD 9975 5475
Dale: Lower Wharfedale
Access: A public right of way passes nearby to the site. The site itself is private land.

One Reply to “The Mill Under the Reservoir”