Skip to main content
The dig begins… Volunteers and YDNPA staff opening the trench at the beginning of the dig. Photo by Karen Griffiths © YDNPA

As the Dairy Days project draws to a close, it is time to look back on what we have learned from the community archaeology excavation undertaken on a site near Hawes for the project in 2018.

The community archaeology side of the project intended to train and engage 10-15 volunteers in undertaking surveys and in archaeological excavation. Despite often drawing the short straw when it came to the weather at times, a dedicated and enthusiastic group of 22 volunteers participated in a wide range of activities. This included training in archaeological survey, photogrammetry survey, surveys of dairying related sites, as well as historic building recording and archaeological excavation. In total, they contributed a fantastic 54 days of volunteering between them. The volunteers were brilliant to work with and all deserve thanks for their contributions to the project. This article will look briefly at the results of the community excavation.

Back in autumn 2018 the YDNPA Community Heritage Officer led a small scale excavation of a pair of adjacent stack stands, often known locally as stackgarths. This term ‘stackgarth’ was used both to refer to these platforms, and to the enclosures at farms where stacks were stored (Moorhouse 2014: 54, 75). It is thought that these small earthwork platforms were probably used as stances for haystacks and you can read more about them here. They usually comprise a rectangular platform on top of which sits a rectangular or more rounded bank. They are known to have existed in the Medieval and Post Medieval periods (Hartley et al.  1985: 92; Willan and Crossley 2013 [1941]: 61; Moorhouse 2014: 75, 80). Prior to the excavation an earthwork survey was completed by YDNPA staff (Figure 1). This was done to make a detailed measured drawing of the features, which survived as a series of subtle ‘bumps’ and ‘dips’ still visible above the ground. A regular grid was measured out using fabric tapes, from which a series of measurements called ‘offsets’ were taken and plotted onto drawing film. This resulted in a scale drawing of the two stack stands and a nearby bank, part of a former field boundary. The slopes were represented by symbols called hachures, which show both the direction and how steep the different slopes are.

On the basis of the results of this survey, it was decided to excavate a single evaluation trench across a part of both features. Archaeologists typically use an evaluation to conduct a primary investigation of a site, using small targeted trenches to recover basic information about what the date and character of a site might be and to assess the condition of any remains.  The aim here was to learn more about how these features were constructed and used, as well as trying to recover any evidence like pottery or other finds that might tell us when they were constructed.

From the results of the excavation, we learnt a number of things about how these features were constructed. The smaller of the two stack stands was less well preserved and not as substantially constructed as the larger stack stand. This had only a slight possible remnant of bank comprising several layers of soil within the trench, which was built on top of a layer of cobbles. This would have provided both a solid base for the platform and ensured that it was free draining. If they were being used as stances for building haystacks, it would have been important to keep them dry. Wooden frames might have been used to lift the base of the stack off the ground, although we did not find any direct evidence of this here. There is however documentary evidence of the use of timber in constructing stackgarths in the Dales during the Medieval period (Moorhouse 2014: 75, 80).The larger stack stand by contrast had a more complex construction. It too was built on top of a cobbled surface, but had a more complex and substantial bank, which might have been built up in several phases over a longer period of time. In contrast however, here the bank was initially built from clean clay (see Figure 2). This suggested the clay had been extracted or dug from somewhere nearby and deliberately brought to the site to be used for this purpose. On top of this primary bank, a number of different layers were deposited, some in which small quantities of stone were found towards the outer surfaces of the bank. Some of these layers might have been added later, perhaps reflecting the repair and ongoing maintenance of the stack stand over time. Although, unfortunately none of these layers produced any dateable finds. The site was also quite disturbed by animal burrowing.

Whilst we recovered plenty of information about the two stack stands, we were not able to recover any evidence to tell us when in time they were actually constructed and used. The most likely interpretation at present is that the field system of which they form part is of Late Medieval or Early Post Medieval origin, but this remains unproven. The area was part of the monastic estate of Jervaulx Abbey in the Medieval period, which held extensive lands in Upper Wensleydale, north of the River Ure, an influence hinted at by the parish names of High and Low Abbotside (Pontefract and Hartley 1988: 74; White 1997: 57; Page 1914: P5). Therefore if Medieval, the field system would likely have been under monastic control. A vaccary (medieval cattle farm) is recorded at ‘Sundestand’ in the 13th century, whilst a subsidy for a hamlet at ‘Simonstane’ is also recorded in the 14th century (Page 1914: p5). Both of these names probably refer to Simonstone, which is located nearby. Alternatively, some parts of the field system might relate to later developments in the Post Medieval period, after the dissolution when Monastic estates passed to the crown and were sold off. A more detailed discussion of the background history and potential date of the remains can be found in the excavation report.

We were also unable to prove if the stack stands were built and used together, or if one predated or replaced the other. Being unable to date them was unfortunate, but not surprising for several reasons. These features form part of a large and complex planned field system comprising a number of meadows with many examples of stack stands or other associated features, as well as areas of cultivation and trackways (Figure 3). This was not an area in which people where living but one where farming activities where being carried out, such as producing, cutting and stacking hay crops and the construction and maintenance of the field boundaries and stack stands. Therefore we would not expect to find large amounts of material culture (like pottery or coins) or domestic waste being produced or deposited here.

The excavation was also very small, only exposing a tiny area of both stack stands, so the chances of recovering dating evidence was always going to be challenging. The weather also caused delays which meant it was not possible to excavate a further trench. A more extensive and larger scale investigation and survey of this complex field system would be needed to develop a more detailed understanding. The area of meadows containing a number of stack stands discussed here, are themselves only part of an even larger field system which also comprises various areas of former cultivation denoted by areas of ridge and furrow, as well as larger enclosures or platforms and trackways (Figure 3).

If you would like to find out more about the results you can view the full report below. Finally, it remains to thank the landowners for allowing the work to take place and to all of the volunteers for their hard work. We hope you enjoyed the fieldwork and training events and will see you again soon on a future YDNPA community archaeology project!

Please note that whilst there is a PROW (Public Right of Way) which crosses the northern part of the area shown in figure three, there is no public access to the main sites discussed here and you should not attempt to visit them without permission of the landowner.

Mitcham, D. 2019. Community archaeology surveys and excavation for the Wensleydale Dairy Days project at Floshes Hill: a report on archaeological fieldwork at a group of stack stands near Hawes in 2018. YDNPA HER SYD17201. Bainbridge: YDNPA.  https://www.yorkshiredales.org.uk/wp-content/uploads/sites/13/2020/02/Mitcham-2019-Community-archaeology-surveys-and-excavation-at-Floshes-Hill.pdf 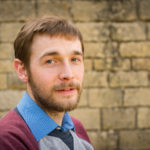