Steps and Terraces in the Landscape

You may have wondered when you were travelling through the Yorkshire Dales what all those earthworks in the fields might be. Field systems are ubiquitous features of the British countryside and are iconic in the Dales, being found in many areas. For October’s Site of the Month we will be exploring an area of medieval field systems in Lower Wharfedale.

The area around the slopes of Elbolton Hill contains an outstanding sequence of field remains and earthworks associated with medieval agriculture. Everywhere are extensive areas of narrow ploughstrips associated with lynchets, which are frequently terraced into the hillside.

Lynchets are terraces formed on sloping, usually south facing arable ground. However, it is interesting to note that the lynchets here are on the north facing valley side. The action of ploughing and collecting stones along the edge of the plot builds up ‘steps’ on the hillside. On steep land like this, building up terraces by piling stone cleared from the strips under cultivation was a way of increasing the soil depth. The flat areas created were also easier to plough. It is important to consider that very small terraces seen on some slopes are the result of soil movement due to steepness and waterlogged soil. 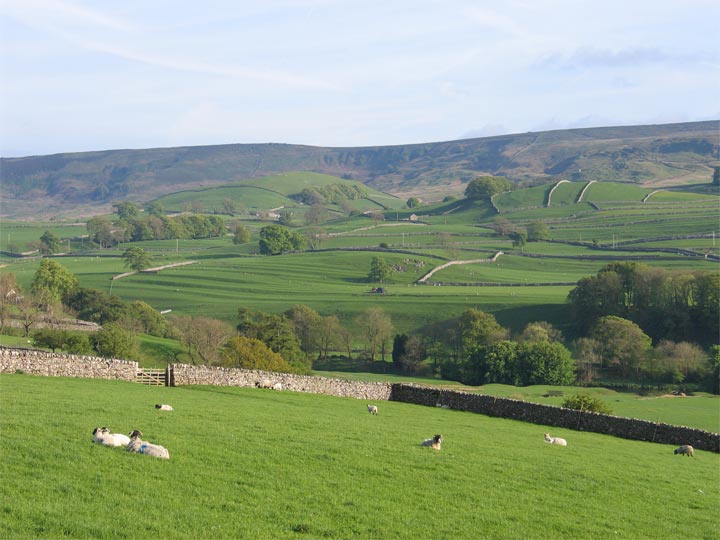 A lot of the Dales landscape has been shaped by agriculture so it is important to be able to see how the area was farmed in the past, for example through survivals like this area of field systems

The area includes a possible medieval Holloway. It is known as Mucky Lane on the 1st edition 6” map (the Ordnance Survey map dating to about the mid-19th century). To the west of the area lies a small abandoned settlement – this is a well preserved medieval agricultural complex. The earthworks are visible and show approximately 20 small folds and paddocks together with the remains of several buildings, possibly including one long house. At least one medieval quarry exists within its boundaries. This settlement could be contemporary with the nearby field systems.

The post-medieval landscape, with its larger fields bounded by stone walls, has been moulded by the earlier medieval one. Many of the standing field walls run along the edge of medieval cultivation strips. Historical maps also shows how enclosure has changed even over the last couple of centuries, as part of the area was more enclosed than it is today. 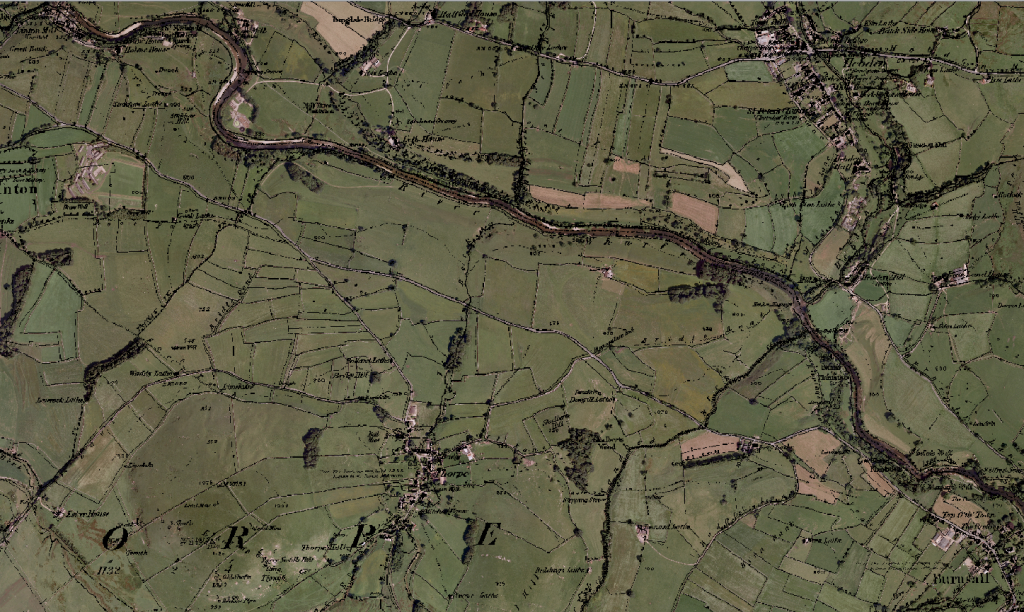 Field systems in the Yorkshire Dales have been explored on Out of Oblivion – www.outofoblivion.org.uk/field.asp

Definitions of some unusual terms used to describe features in the landscape are as follows:
The definitions come from the Thesaurus of Monument Types: A Standard for Use in Archaeological and Architectural Recording (Second Edition), Royal Commission on the Historical Monuments of England with English Heritage (Swindon, 1998)
You can explore the thesaurus here thesaurus.historicengland.org.uk/frequentuser.htm
Historic Environment Record: MYD36675
Parish: Burnsall, Thorpe and Linton
OS Grid Reference: Centred SE 0147 6238
Dale: Lower Wharfedale
Out of Oblivion: http://www.outofoblivion.org.uk/record.asp?id=356
Access: The fields lie on both sides of the half mile long public bridleway between Thorpe Road and the B6160 (about half a mile south east of the Linton/Linton Falls cross road). Best viewed walking uphill (southwards) from the B6160.

One Reply to “Steps and Terraces in the Landscape”