Rare visitors cause a stir

The Wildlife Conservation Team at the Yorkshire Dales National Park Authority often receive a number of interesting reports of both common and, occasionally, more interesting wildlife sightings each year.

This one, however, turned out to be something pretty special.

Wildlife Conservation Officer Mark Hewitt received an email on the evening of 30 August from a visitor who reported seeing a chough above Settle.  Mark works part-time and I was away on leave, so it wasn’t until 6 September that we could actually get up and check out the report.

As we walked up through the limestone grassland towards Victoria Cave (above Settle along the western fringe of the National Park), every corvid was carefully scrutinised. But, perhaps unsurprisingly, all turned out to be jackdaws.

As we headed up the valley and the wind and rain picked up, two birds flew up in front of us: the first was a jackdaw, but the other called twice giving the distinctive ‘chow’ ‘chow’ call of a chough…

Before we could get anything on the bird it dropped out of sight behind a large knoll of exposed rock. We dashed over and then carefully inched around the rock until we could see the bird feeding on the ground. We could clearly see the red legs and down-curved bill of a chough, but couldn’t believe that we were watching one in the Yorkshire Dales National Park.

As we started to photograph the bird we were staggered to see it had landed next to another – so there were not one but two choughs present!

Watching the birds feed, we could make out that both had colour rings on their legs, but they soon flicked up onto a wall and then dropped out of site just over the skyline. We sat down to double and triple check the photographs to convince ourselves that we had actually been watching two choughs.

We zoomed in on the different coloured rings, to try to determine the combinations. While some captive birds will be ringed – we wanted to make sure that they hadn’t escaped from a collection – there are a number of projects that are looking to colour-ring wild birds, so their movements and life histories can be studied.

The chough is a very rare bird away from coastal sites in Wales, the Isle of Man, Cornwall and South West Scotland. In Yorkshire, there are historical records suggesting they may have bred on coastal cliffs in the 19th century. We subsequently determined that there had been only a further four records in the county, the most recent reported in 1994.

We knew that these birds would be very popular with Yorkshire birders in particular and, as they were showing well from a public footpath in an area of Open Access and nearby roadside parking shouldn’t be too problematic, we immediately put the news out.  Well, not quite immediately as I had to wander around to find somewhere with sufficient mobile signal to tweet out the location and a photo of the birds.

Behind the scenes, several of Yorkshire’s keenest birders were trying to track down the location where the birds had been ringed, and it wasn’t that long before we got a message that they had come from one of the study areas in Wales. As we knew that a number of people were heading to the site, we settled down to keep a watch on the birds.

A small number of local birders arrived and, by mid-afternoon, several had arrived from much further afield. By this time, the birds had moved further down the valley and, at one point during a heavy shower, flew up on to the crag, enabling the inscription on the rings to be read and for their identity to be determined.

The Cross & Stratford Welsh Chough Project has been undertaking a long-running study of choughs in mid and North Wales. They’ve marked over 6,000 individual birds during the past 28 years, providing key information on their movements and nesting behaviour.  Thanks to their prompt response we found out that ‘our’ two birds were juvenile siblings ringed out of a brood of three on the north east coast of Anglesey in late May this year.

Although the project has had several birds cross the border from its Welsh study area – including one seen on the Lancashire coast and a few on the Isle of Man – the c. 150km movement of these birds to Yorkshire is unprecedented. There must be something in the family genes as the same nest produced young in 2016 that moved around 220km from Anglesey to Porthcawl, Kenfig and Ogmore, all on the south coast of Wales, the longest movements of any birds studied in the project.

A steady stream of birdwatchers has now enjoyed watched these rare visitors in this spectacular area of Yorkshire Dales limestone landscape.

I think that everyone who has been up to see them would like to thank the person who took the time to report the sighting, enabling many enthusiasts to see two truly remarkable visitors to the National Park.

For more on the rare – and common, but equally fascinating – wildlife of the Yorkshire Dales National Park, visit our page www.yorkshiredales.org.uk/about/wildlife/ 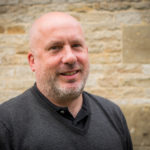 2 Replies to “Rare visitors cause a stir”