We spotted an interesting bit of detective work going on over on The Courtyard Dairy’s Facebook page last week. They’ve got a copy of a letter written in dialect by the famous saviour of Wensleydale cheese, Kit Calvert and they were asking for help translating part of it. 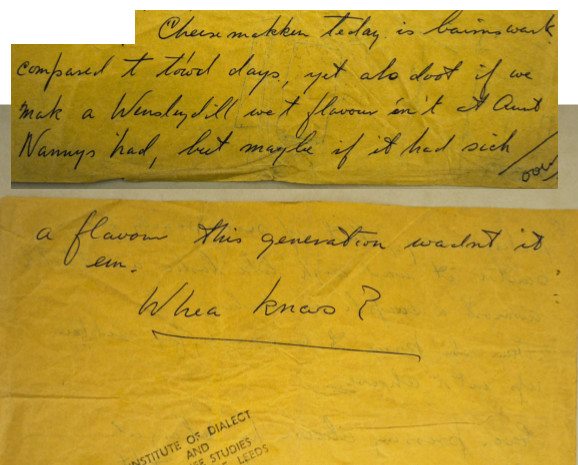 He was apparently writing about how much easier it was making cheese nowadays in his factory than when his Aunt Nanny was making it on the farm.
We translate it as follows:
“Cheese-making these days is child’s play compared to the old days although I doubt that we’re making a Wensleydale with the flavour in it that Aunt Nanny had, but maybe if it had such a flavour this generation wouldn’t eat them. Who knows?”
If you think differently then get in contact with Andy at The Courtyard Dairy!