It’s March – look out for the brown hare!

I wonder how many of you have read the “His Dark Materials” trilogy by Philip Pullman (or watched the recent eight part dramatization on Sunday night TV)?  I read it myself when it first came out about twenty years ago and am presently half way through the second volume of the second trilogy “The Book of Dust”.

For those not acquainted with the story, one of the central themes is that each human being has an animal daemon (or “familiar”) which accompanies their “human” during his or her lifetime and at the same time has a semi-autonomous existence.

One of my favourite characters in the books is Lee Scoresby, an American balloonist, who has a hare daemon called Hester.  She, like all daemons, is quite magical.  And this is the main reason I have decided to preface this article about hares with reference to Philip Pullman’s books.  Because, of course, all hares, real hares in our own world, are quite magical too!

And I particularly want to write about hares because there are far fewer of them about than there used to be across the whole of the British Isles.  They are thought to have reduced in numbers by more than 80 per cent over the last 100 years; the brown hare population is now estimated to be between 817,500 and 1,250,000 (see p. 10 of Nature in the Dales: 2020 Vision).  A more up to date census is now overdue.

You will see brown hares in the Yorkshire Dales National Park in a variety of different habitats from the riverside fields and pastures right up to the moorland edge.  The population in the National Park is now assumed to be stable, having been classed in the early part of the last decade as being in ‘probable decline’.  It is a difficult species to survey, particularly in the Dales where hares are likely to be present at low density over a large area.

I should also point out before I go further that there are three different species of hare in Britain.  The brown was introduced here sometime after the ending of the last Ice Age (but after the land bridge to Europe was inundated). The mountain hare (sometimes called the blue hare) was the indigenous species of these Islands for at least 200,000 years and now found only in Scotland or in the Derbyshire Peak District. The Irish hare, a sub-species of the mountain hare, is found in Ireland.  When we see hares in or around the Yorkshire Dales National Park (and indeed for most of England) they are of the brown hare type.  They are surprisingly large and can weigh up to 7.5 kilos.

So why are there now far fewer hares of all three species in this country than there used to be and why does it matter?  It matters, of course, because hares are wonderful (magical!) animals and I must say that my spirits immediately lift when I (increasingly rarely) see one – with its russet brown coat, its long sound-catching ears and those amazing gold coloured eyes.

I had the good fortune to live for a while in Lincolnshire and saw them quite often there as hares are more abundant on the eastern side of the country than on the west.

They are the fastest running wild animal we have living in this country reaching speeds of up to 45 mph as well as having the ability to turn and change direction on a sixpence – which helps them elude greyhounds which can run at about the same speed but which cannot change direction so quickly.

Another great thrill is to see “mad March hares” engaging in the most amazing acrobatic performances and also boxing each other.  It was once thought that this was two males (bucks) competing with each other over females (does) but it is now understood to more likely be females fending off over-amorous bucks!

Hares also feature strongly in mythology and folk tales and most of us know about the ability of witches to shape-shift into their hare familiar.  There is also a strong connection between hares and the Moon and the Anglo-Saxon goddess Eostre (or Easter!).

Another reminder of these legends is the Three Hares café in Sedbergh, the largest town in the National Park, which speaks of a story relating to hares told in all parts of the world.

Apart from anything else hares have been part of our lives for a very long time and have just as much right as we do to be here and to share the countryside with us!

So to return to my first question, why are there now not so many around?  There are a number of reasons.  Probably the most important factor is the changes in farming practices since the end of World War II.

Hares feed on grasses and natural vegetation particularly wild flowers and herbs and they tend to favour smaller enclosed fields where they can feed relatively undisturbed mainly during the night and lie up in their forms (often in the shelter of a hedge) during the day.

Large fields with arable monocultures and an extensive use of herbicides and insecticides are not conducive to a hare’s natural way of living and take a considerable toll. Diseases such as coccidiosis, pseudotuberculosis and maybe even rabbit haemorrhagic disease also play their part as does severe and prolonged inclement weather.

Hares are also hunted (either by scent hounds, mainly beagles, or sighthounds like greyhounds or lurchers) even though it is now illegal to do so; and also shot – and because there is no close season for the killing of hares the does can be killed at any time of the year even when they are pregnant with leverets.

Hares (and leverets in particular) are also heavily predated by foxes.  Mountain hares are regularly shot and killed by gamekeepers on moorland both in Scotland and in Derbyshire. And apart from anything else hares are essentially nervous and highly strung animals that tend to shun human habitation and a lot of their former territories have become housing estates.  Hares have a lot to contend with in the modern world.

They do receive a mention in both national and local Biodiversity Action Plans (maintained in this area by the Yorkshire Dales National Park Authority) but still the numbers continue to decline.

I have started quite recently to undertake an unofficial survey of hares in the Sedbergh area and some of you may already have helped me by indicating those places where hares are most likely to be seen.  If any readers can assist me with this please contact me on ianmcpherson24@hotmail.com.  Any help you can give me in this regard would be much appreciated.

While you are getting in touch with me, particularly if you are reading this from outside the Sedbergh area, it would also be good to send in your records to a recognised recording scheme or organisation such as the Mammal Society or Cumbria Biodiversity Data Centre (Tel: 01228 618732 Email: info@cbdc.org.uk).

1.  Read “The Way of the Hare” by Marianne Taylor

3.  Visit nature reserves where hares are known to be seen regularly such as the   RSPB reserve at Havergate Island in Suffolk 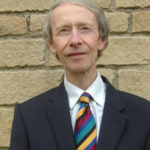