Skip to main content
‘What better place could there be to work from home than the Yorkshire Dales National Park?’ Looking up Ribblesdale, with Settle (on the edge of the National Park) in the middle ground.

Grab your laptop and head for the Dales

Employers and employees have realised during the Coronavirus epidemic that there are great benefits to be had by working from home.

What I’m keen to convince people of is that if you can work from home in a place as beautiful as the Yorkshire Dales National Park, so much the better.

The time saved on commuting allows more time for exercise, while the natural resources available on your doorstep facilitate healthy living.

Gladly, there are signs that some people have already cottoned on.

A colleague told me only the other day how he was walking by a house next to a beck at the head of a dale.  Apparently the seeds of pussy willows were thick on ground among the wild flowers.

The householder was in his garden and looked over the stone wall for a chat.  He said he worked for a financial investigations agency in London, but since the Covid-19 outbreak had been working from home in the Dales.   It was suiting him and his firm so well that he was looking to make the arrangement permanent.

Many companies believed that if you were not in the office, then you were not working. The Covid-19 lock down has proved to many organisations that staff working from home have maintained or even increased productivity.

I’ve only ever been interested in getting consistent, quality results.  Whether these come from a staff member in the office or from someone at home in their slippers is not important.

Longer-term employers could save on office costs and overheads,  while workers could be able to shift the ‘life/work balance’ so that it was in their favour.

Right now, there are more than 600 dwellings waiting to be built in the Yorkshire Dales National Park. Four hundred-odd already have planning permission and there are a further 180 on sites already approved for housing in the Local Plan.  Only last Tuesday, Planning Committee approved plans for eight new homes on an allocated site in the Craven village of Austwick.

The new trend of working from home will undoubtedly encourage developers to build these homes.

For centuries, there has been a population drift as people up sticks and move to the towns. Employment has been the main driver for this migration. Today the majority of Britain’s population live in town and cities.

However, both companies and their staff have found that working from home can become standard practice.

As another colleague put it, today we have a ‘location-agnostic knowledge economy’ where, as long as you have enough broadband and a kettle, you can pretty much work anywhere.

There is no longer a need to live in a crowded suburb or to waste time, energy and cash on an expensive commute. Working from home means you can take the children to school and be ready for work at the start of the business day.

Again I ask, where better to work from home than in the Yorkshire Dales National Park?  The quality of life in the dales can’t be beaten.  Dales towns regularly top surveys of the best places to live in Britain.

This has been long recognised by retirees, which has helped to create a severe imbalance in the age profile.  District Councils and the National Park Authority have committed themselves to trying to slow and then reverse this trend.  The only way that can happen is if we can attract younger, working age people to move into the area.

My hope is that the trend for working from home, brought about by the horrible Covid-19 epidemic, proves to be the catalyst.

In particular, I could see those who have moved away from the Dales to find work moving back to their family roots. They will not be alone as others realise the benefits of living in the National Park: beautiful countryside, low crime rates, less traffic, clean air, less stress and more space.

Crucially, in parts of the National Park we can add to that list first class broadband infrastructure.  In places such as Chapel-le-Dale near where I live , local communities working with Broadband for the Rural North have installed hyperfast fibre-to-the-premises broadband, available to all those who want it.

This can be a game-changer.

The Dales are also attractive to young families as it has excellent schools, both state and private.  Many of the state primaries have the potential to grow pupil numbers.

Transport could be an issue in some places, but better rail services now mean that with an early start, you could make that occasional 10am meeting in London and still get home in time to put the children to bed.

The family could live in an unpolluted environment, see stars at night, and explore the countryside by day.

Forgive me for using a term that is fast wearing out, but how does that sound for a ‘new normal’? 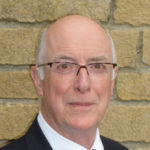