Skip to main content
D3 – Peatland Restoration By 2030 restore all degraded blanket bog/deep peat habitat to ecologically and hydrologically functioning bog that is actively sequestering and storing carbon, and is being managed sustainably. Progress: Awaiting updated figures from Yorkshire Peat Partnership. The most recent figures reported in 2021 showed that 20,240 ha of degraded peatland in the National Park had been […]

Dr David Johnson and volunteers from the Ingleborough Archaeology Group have returned to Thorns, Ribblesdale. The project is part of the Stories in Stone programme of the Ingleborough Dales Landscape Partnership. The second phase of excavations focused on a presumed medieval boundary ditch and bank as well as the scant ruins of a barn. 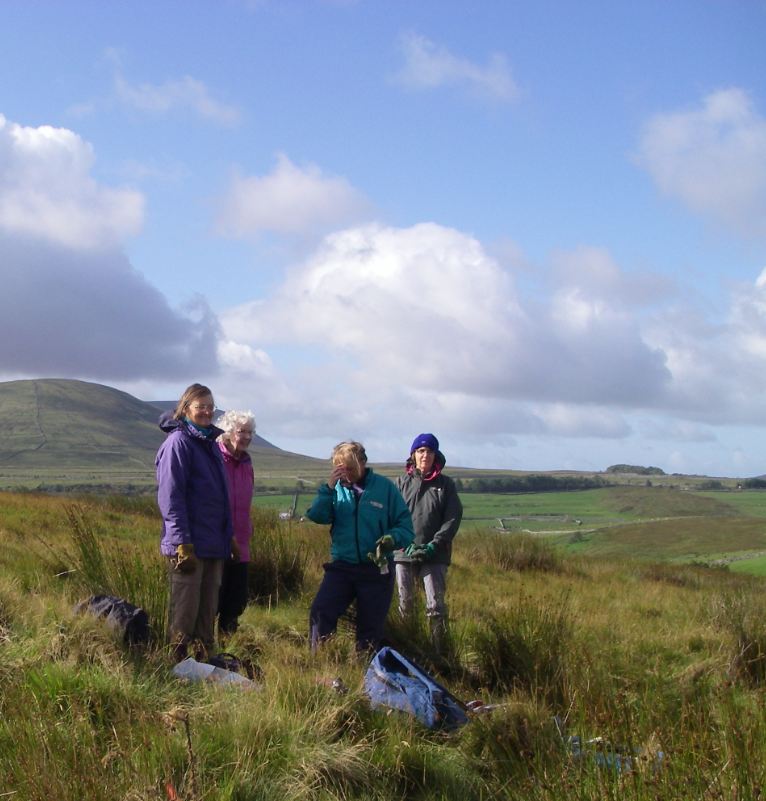 The ditch and bank was excavated to establish the profile of the feature – its shape, steepness and the ditch depth – and to understand how it had been created. Following its excavation, it appears to be a boundary ditch and bank, and they found stone revetment along the rim of the bank. Additionally, the depth of silt deposit in the ditch suggests that it is likely medieval in date. 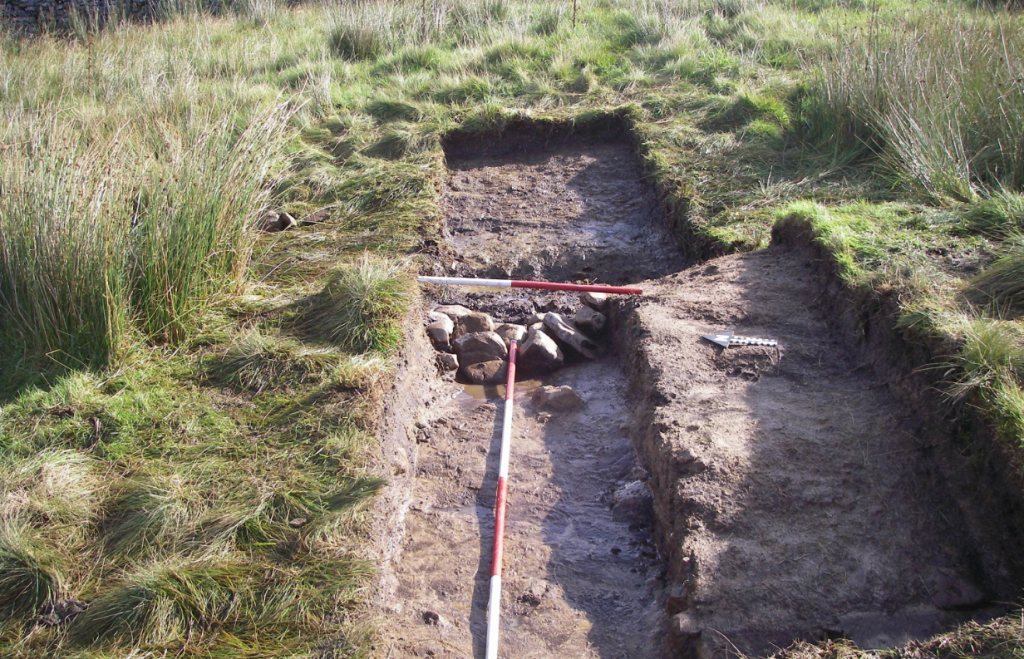 “As this feature runs down a slope we expected there would be water at the bottom – after all, it had served the dual purposes of forming an external boundary and acting as a drain – but this summer’s persistent wet weather conspired to make the digging team’s task as difficult as possible. The ditch had been lined with puddled clay which meant that rainwater collected in the trench requiring us to bale it out each morning before work could begin, but trying to keep sticky wet clay on a steep slope neat and tidy proved an impossible challenge. Nevertheless, the work was completed on time, though filling buckets with glutinous soggy clay during backfilling was taxing to say the least. Those involved deserve a gallantry medal.” – Dr David Johnson 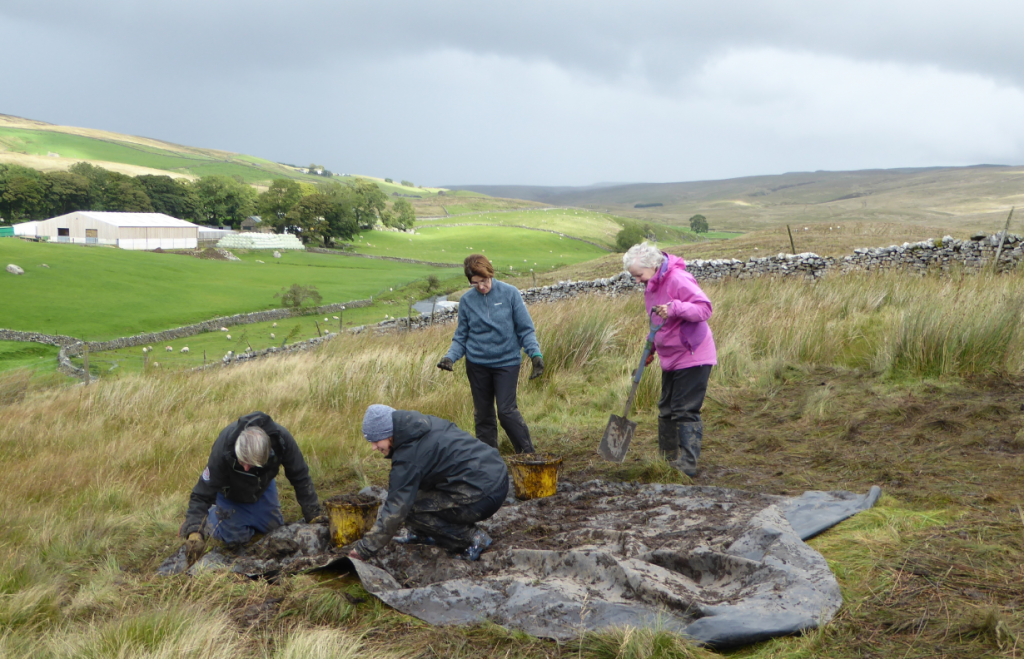 Volunteers at the end of backfilling
Photo credit: Carol Ogden

The second week focused on the scant ruins of High Flat Barn. This was shown to be a ruin on 1847 mapping. It was excavated in the hope of uncovering any surviving floor surface, to find the south-west corner of the building so as to get accurate dimensions for the building, and to find some dating evidence. Two trenches were excavated on the site of the ruined barn. In one trench they found the remains of a large slate slab, suggesting there was previously a slabbed floor. They also uncovered the south-west corner, with massive footings in both the west gable and south walls. The thickness of the building’s walls is particularly interesting. They were measured at ranging between 0.8 and 1 metre, and along with the double plinth in the two surviving walls, strongly points to this having been an early building, most likely from the 16th century. If this was the case it would have likely been thatched and single-storey. 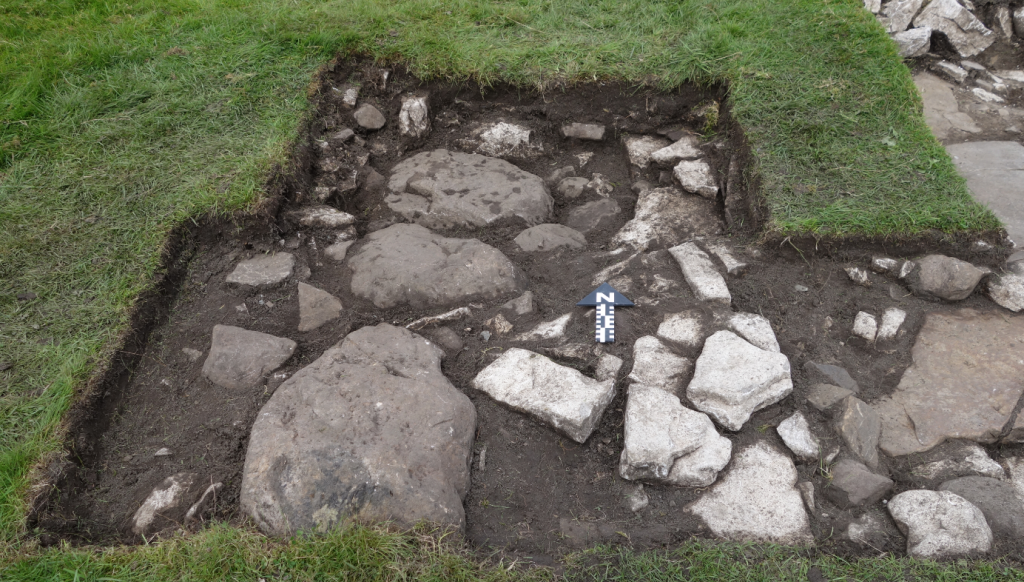 For more information about the site and the previous dig that took place earlier this summer take a look at our blog post: http://yorkshiredales.org.uk/excavations-at-thorns-ribblesdale/