Hagg Farm was excavated in July 2017 by Swaledale and Arkengarthdale Archaeology Group (SWAAG). The excavations were carried out by their members and a number of volunteers. The collective time spent planning and delivering this dig has been a staggering total of over 2,500 hours. This does not include the time yet to be spent on post-excavation work. 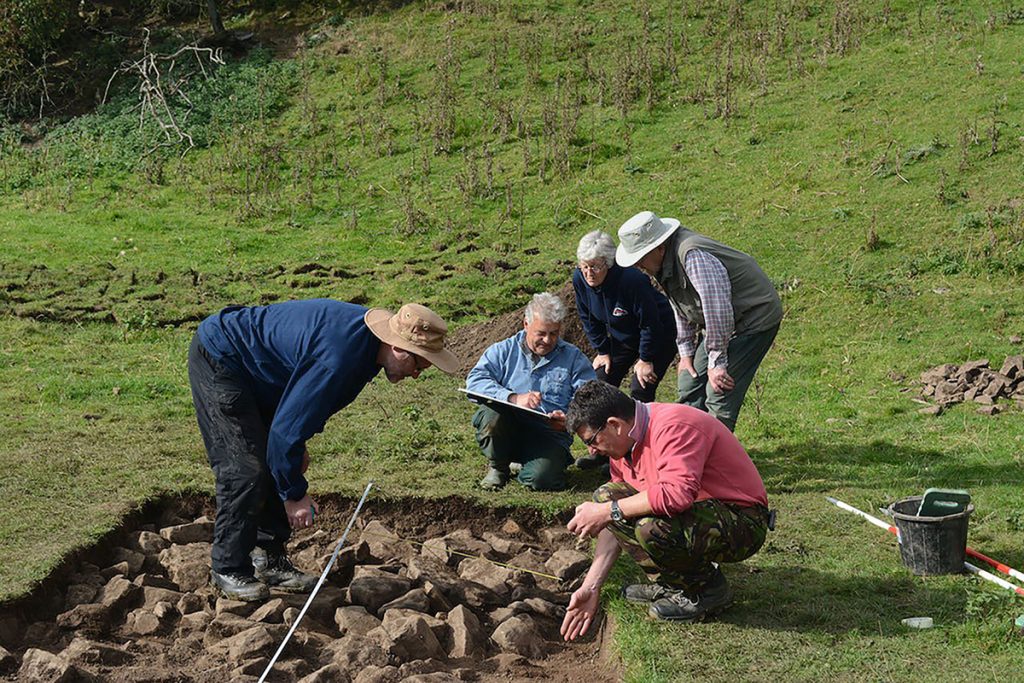 SWAAG established the Fremington Project and subsequently The Swaledale Project: 7000 Years of a Landscape and its People. The aim is to study the archaeological landscape at Hagg Farm, and the adjacent Sorrel Sykes and Marrick Priory Farm. The landscape is thought to comprise of 9 settlements within a coaxial field system.
SWAAG have been exploring Hagg Farm since 2009 with survey work and some limited excavations. From these previous explorations it was known that the site was inhabited in the Romano-British period and likely abandoned at some point in the 4th Century.
The 2017 excavations were set up to uncover more about the site. It was hoped that the purpose and use of the site would become apparent with more extensive excavations. They hoped to find out more about the people who lived there and how they were living. As well as to see if the site was part of a larger complex of buildings, and if there were any indication of a settlement before the Romano-British times.
On day 7 of the dig SWAAG confirmed this Romano-British site as regionally important. By looking at the pottery that was being uncovered, it became increasingly clear that there were significant trading links between this settlement and Roman Catterick. You can have a look at their press release here: http://www.yorkshiredales.org.uk/living-and-working/other-services/press-office/news/recent/high-status-roman-artefacts-found-in-swaledale
On the site there is a roundhouse that faces east, with its back to the prevailing winds and weather. A path connects the entrance and porch to the north entrance. A large area of flagged yard has been uncovered to the south of the roundhouse, which includes a door sill. This door sill has raised many questions as to whether it is in its original position or whether it was reused when the area was paved. A wealth of crinoidal limestone flags have also been found, and it is unclear whether it was chosen for practical reasons or its aesthetic appeal. 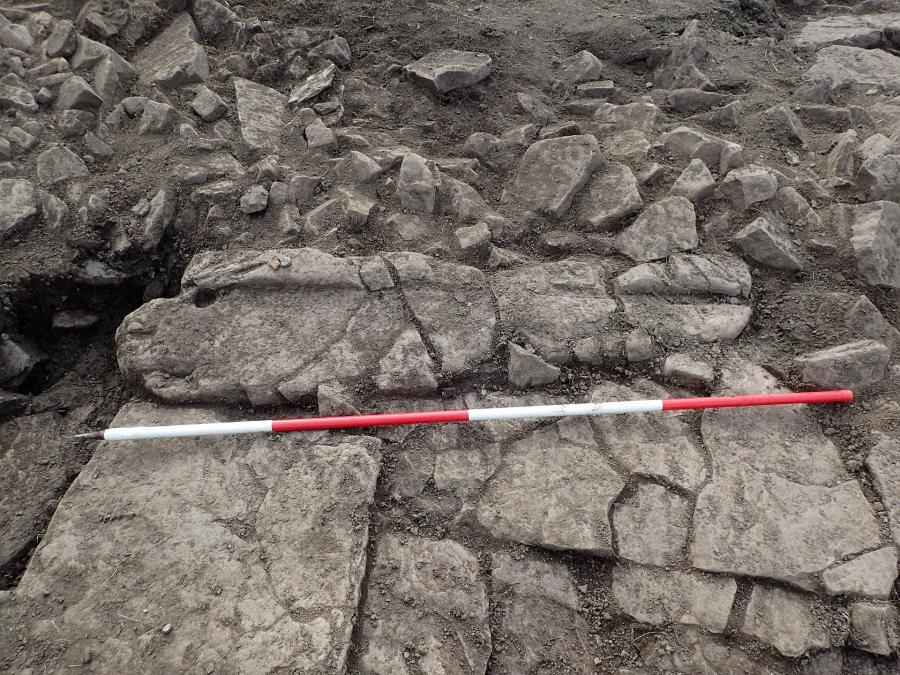 Many finds have been uncovered including many sherds of pottery. This has comprised of local pottery (some of which are believed to have originated in Catterick), Romano-British pottery, and probable Samian ware. There have also been many fragments of querns. [Quern-stones are stone tools for hand-grinding a variety of materials. They are used in pairs, the lower, stationary stone is called a quern, and the upper, mobile stone is called a handstone.] One of the fragments is a collared hopper quern of the type used by the Roman army. It is possible that the quern stones were fragments reused as building material or were perhaps ritually broken when the site was abandoned. A beautiful piece of worked stone was found, which is believed to be a Roman cosmetic palette; a lady or her maid would have used this to mix and apply facial cosmetics. The edge of the piece was chamfered around the edge, perfectly smooth on one side and small enough to sit comfortably in the hand. Fragments of flint and arrow heads have also been excavated. 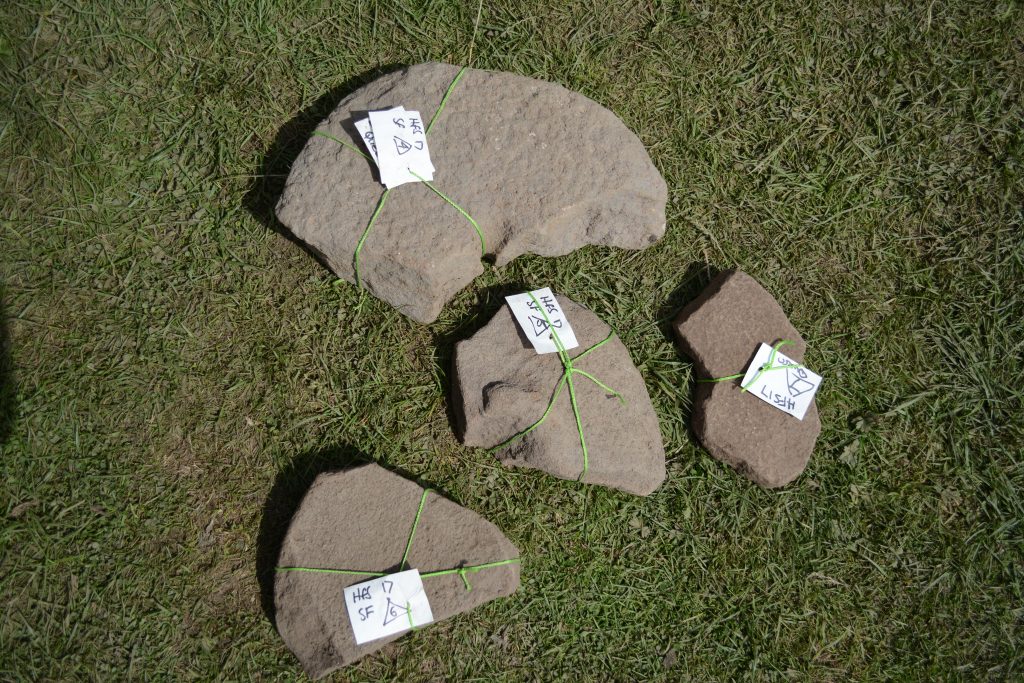 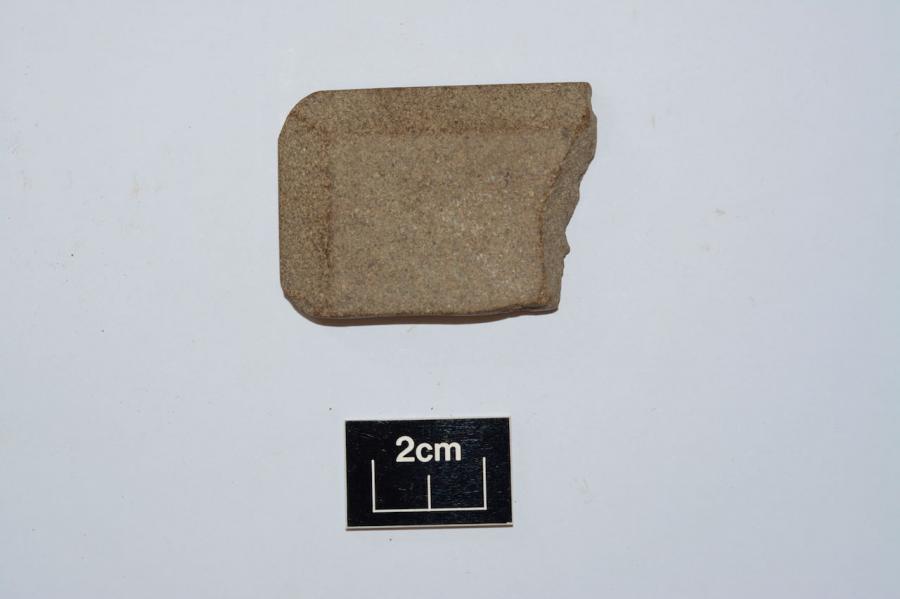 SWAAG worked with two local schools on this year’s dig: Arkengarthdale Primary School and Reeth and Gunnerside Federation of Primary Schools. They provided workshops for both schools on “Finds, Flints, and Fossils”. Arkengarthdale Primary School also visited the site. They were given a tour, which included the finds tent where they were able to handle and discuss the finds. They were also treated to a workshop on Roman pottery by Graham Taylor, a heritage potter and experimental archaeologist. The children also produced sketches of the site, showing how it looked today as well as how it may have looked in the past. 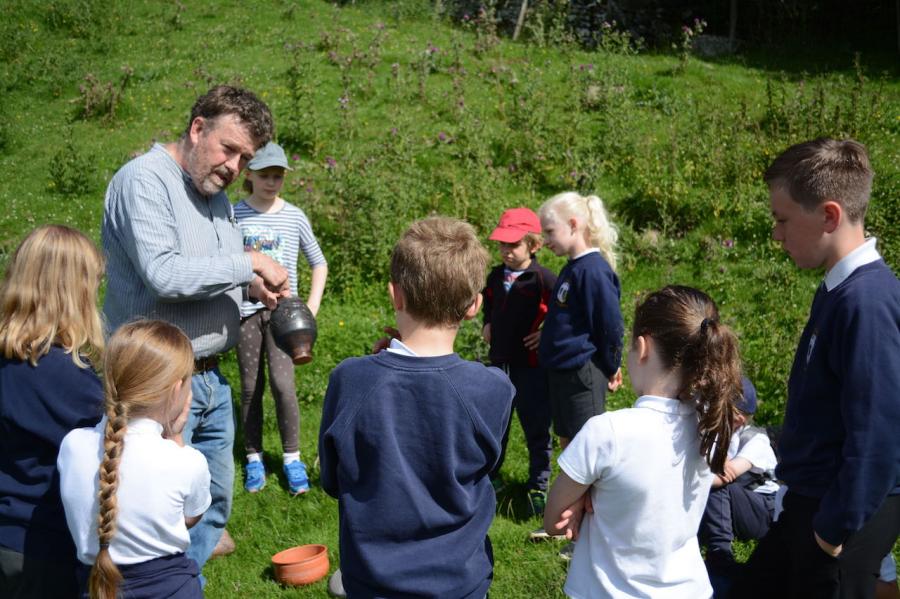 Now that the excavations have come to an end for this year, the focus is on the post-excavation work. This includes a lot of processing and recording, as well as sending off finds and samples for further analysis.

A blog of the 2017 excavations was done by SWAAG and can be viewed here: https://www.swaag.org/NEWS/swaag_news_archive1.php

One Reply to “Excavations at Hagg Farm, Swaledale”