Digging for Britons in the Lune Valley

Jan Hicks, the chair of Lunesdale Archaeology Society, has written a summary of their recent community excavation in the Lune Valley. This turned out to be a very interesting, but complex site.

LAS and around 50 volunteers have spent 16 days excavating the settlement at High Carlingill as part of a 2-year project supported by the Heritage Lottery Fund. During the dig we had visits from several local groups, including 35 budding archaeologists from Orton school who had a lovely time in the mud! We were also joined by members of the Yorkshire Dales Young Archaeologists Club and the Dales Young Rangers and gave tours of the site to Howgill and Firbank Women’s Institute, Levens History Society and Sedbergh & District History Society. 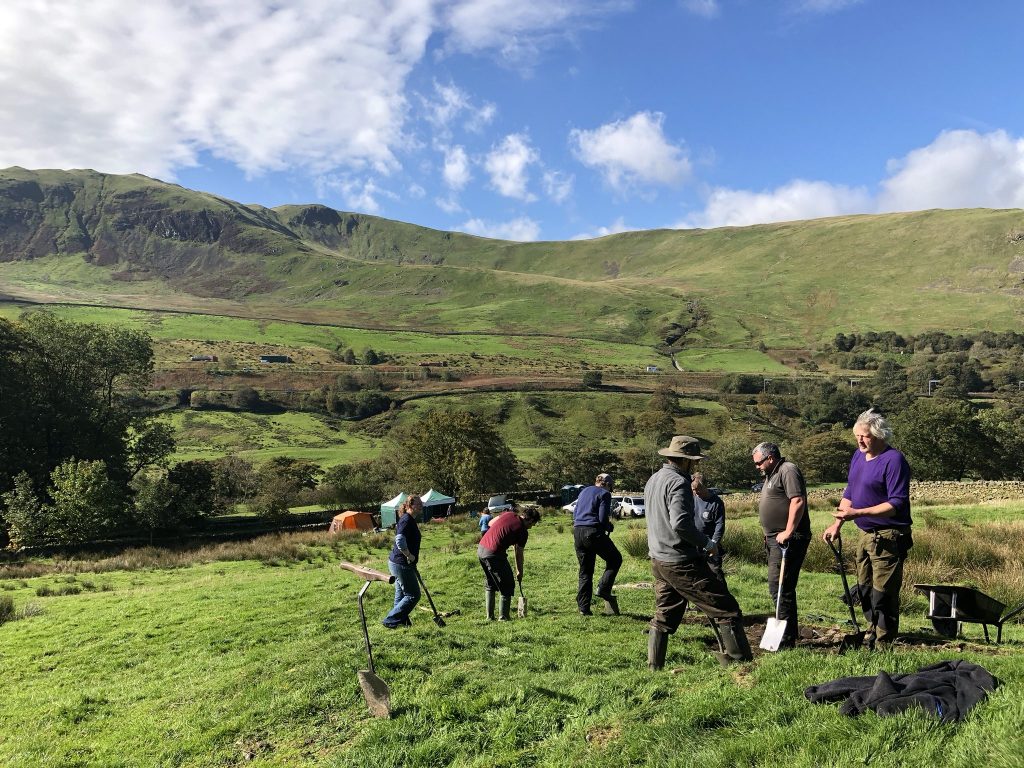 Volunteers deturfing at the start of the excavation. Image © Solstice Heritage

We had our setbacks, including the theft of a trailer and equipment from the site, the demise of the gazebos in a gale, and often challenging weather conditions. But under the patient and expert guidance of archaeologists from Solstice Heritage, the apparently random mass of stone revealed on removal of the turf gradually resolved into the foundations of a series of round buildings and walls and a later cobbled trackway, complete with wheel ruts. 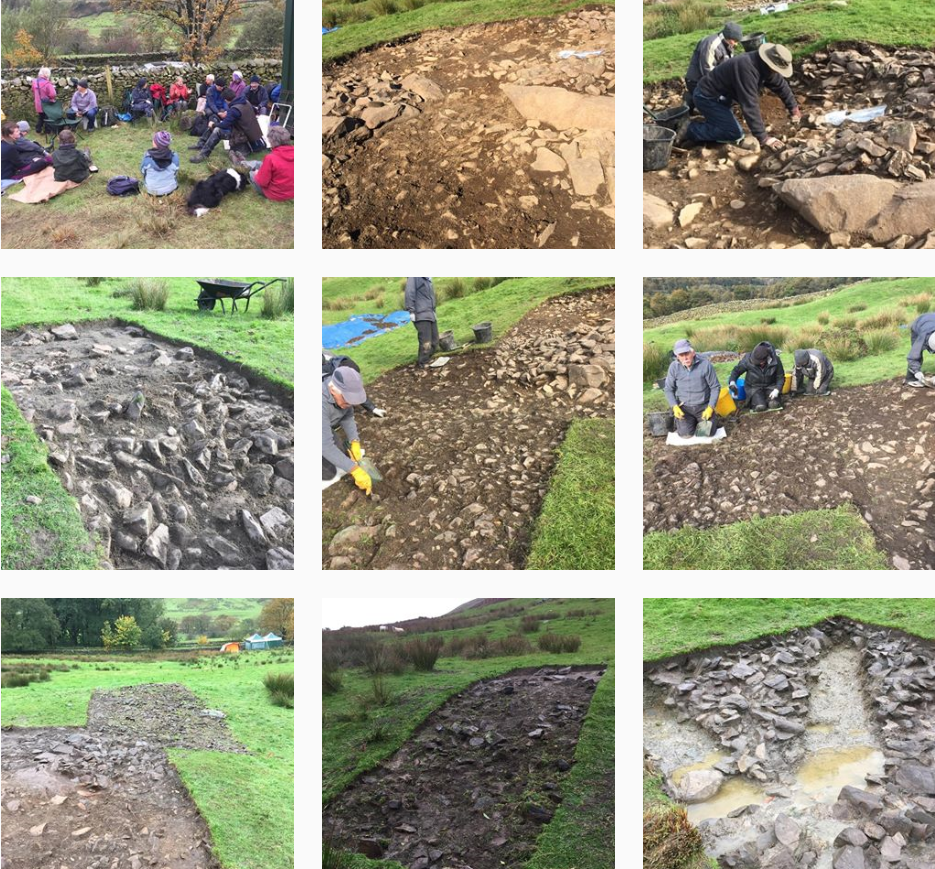 The trenches had to be thoroughly investigated to piece together the story of the site. Images are © LAS

The site has previously been surveyed and shown to be a series of roughly circular structures surrounded by a bank, with extensions on the outside. (The report of the survey can be found here.) The construction of the bank had involved the movement of vast amounts of earth and stone: the tons that we removed were a fraction of the original construction. The trench we opened inside the main enclosure contained several overlapping small buildings, constructed at different time, but no material finds other than a couple of pieces from quernstones and some whetstones. This suggests an early date for occupation. A building excavated in what is thought to be a later annex to the enclosure contained a few sherds of Roman pottery, and a hearth. The hearth has been sampled and we hope that carbon dating will be possible.

It seems that the site has been occupied since at least the Iron Age, around 500BC, and that later occupants had some interaction with the inhabitants of Low Borrowbridge fort.

A second excavation will take place in May/June next year.

You can read a more complete site diary on their website – https://lunesdale.wordpress.com/.

If you would be interested in getting involved with Lunesdale Archaeology Society why not become a member? If you would like to be kept up to date about the project and find out about the second round of excavations next year email lunesdale.archaeology@gmail.com.