Devil’s Bridge on the River Lune

November’s Site of the Month is Devil’s Bridge. It is situated right on the edge of the Yorkshire Dales National Park. It is considered one of the finest bridges in England of its date, and is regarded by Jervoise as by far the finest bridge in the North of England. However it is disappointing that so little is know about its history.

There is some debate over the dating of Devil’s Bridge. It appears that all the records relating to the construction of the bridge were lost during the reformation in the 16th century. It is thought that it was built by the Abbey of St Mary of York – the earliest documented dates were in 1275 and 1365 when “grants of pontage” for repair were granted.

However, tales have been passed down the generations about its construction. Legend has it that the Devil appeared to an old woman, and promised to build a bridge in exchange for the first soul to cross over it. It is said that when the bridge was finished, the woman threw bread over the bridge and her dog chased over it, thereby outwitting the Devil. You can read a more full account here. 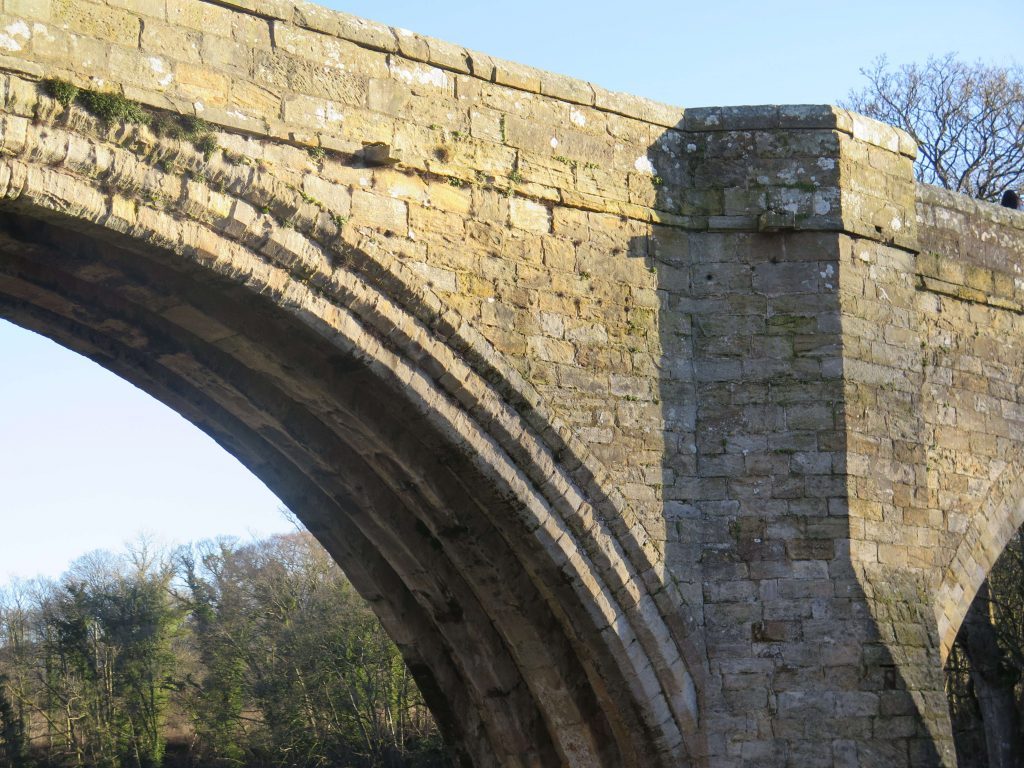 It is a great survival of a medieval bridge.

The bridge is constructed from ashlar and dressed stone. [Ashlar is a type of masonry which is finely cut and/or worked into smooth, even faces and square edges.] It has three unequal segmental arches, each with four ribs and three chamfers. There are two piers with cutwaters which are chamfered back to semi-octagonal refuges for pedestrians at level of roadway. [A cutwater is a wedge-shaped projection on the pier of a bridge, which divides the flow of water and prevents debris from becoming trapped against the pier.] The bridge has a stone parapet.

Several of the finest bridges in northern England are built on rock – this includes Devil’s Bridge where the rock is easily visible above the normal water level. The ease of building on rocky foundations often led to large span bridges. This bride spans 60 yards – this may not seem very long now but it certainly was in the medieval period. 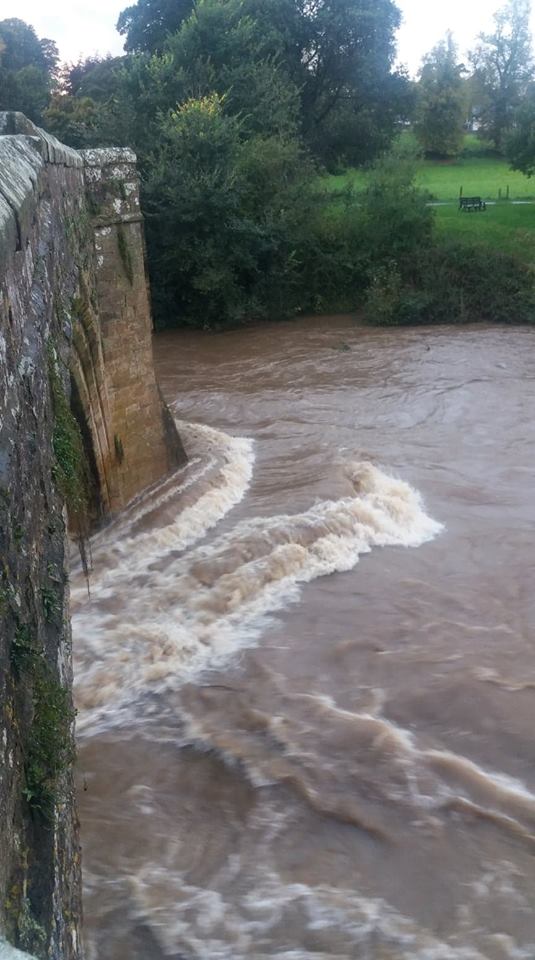 The bridge rises 45 feet above the water. In upland areas which can experience violent flash flooding, the bridges require a wide, high waterway both to allow the passage of water and to prevent debris becoming trapped in the arches.

The bridge is remarkably similar in its size and method of construction to Warkworth Bridge in Northumberland. [Is it possible that they were built by the same stonemasons?] Warkworth Bridge was constructed in 1378-9. It has two (rather than three) arches but similar cutwaters that provided triangular refuges for pedestrians. (Read more here and here)

On the Casterton side of Devil’s bridge there is a stone standing about 3ft high which originally bore the date 1633 and the inscription “Feare God honor the (King)”. It is said to be a Leper or Plague stone. [Apparently, leper or plague victims paid for food by placing disinfected coins on a stone – some of these stones were hollowed out to contain water or vinegar.]

The bridge once carried the road from Kendal to Skipton, but was replaced in 1932 by a new bridge (Stanley Bridge) 150m to the south. The historic bridge is now just for pedestrians and is a focal point for visitors, being a short walk away from the market town of Kirkby Lonsdale. 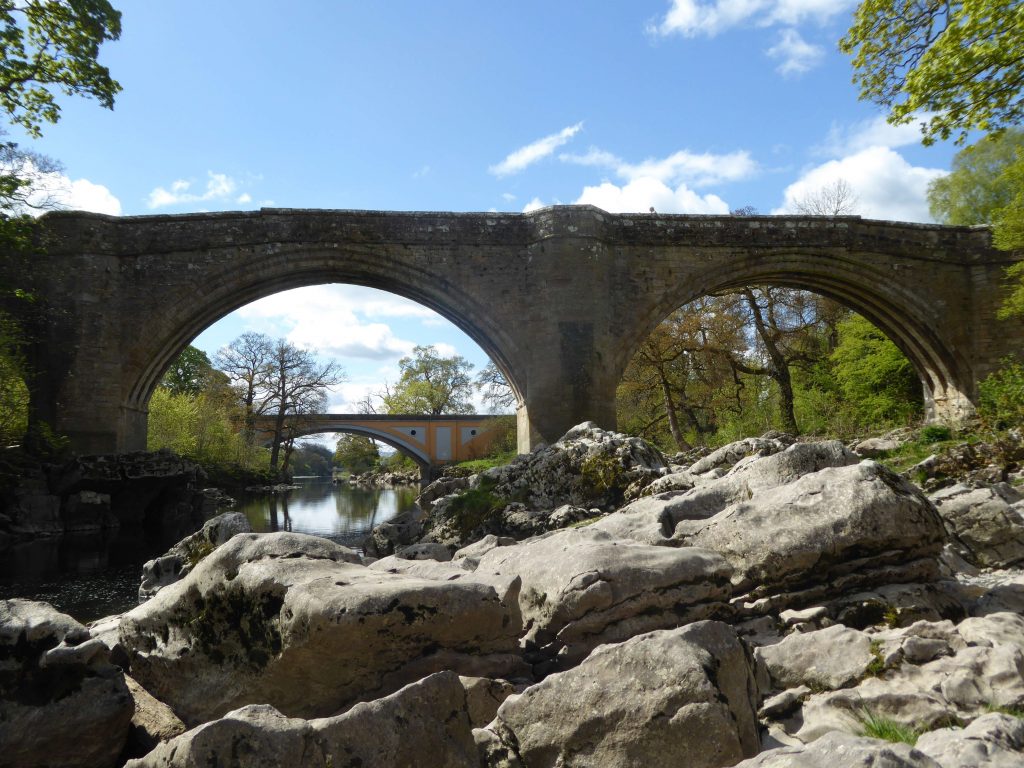 Stanley Bridge, which now carries the road traffic over the River Lune, can be seen through the central arch of Devil’s Bridge

3 Replies to “Devil’s Bridge on the River Lune”