We are delighted at the number of local historians who have come on board and are busy researching various dairying-related topics for the project. Geoffrey Keeble of the Middleham & Dales Local History Group has a particular interest in wartime farming  topics and is finding out about things like the Women’s Land Army and conscription of farmers during the First World War. He sent us this delightful photo of a Women’s Land Army recruitment poster showing a dairy maid and calf. These young women provided a crucial workforce on farms up and down the country as men were enlisted and sent away to fight in the Second World War. Margaret Watson was one of these brave young women who came to work on farms in Coverdale all the way from Leeds during the Second World War. 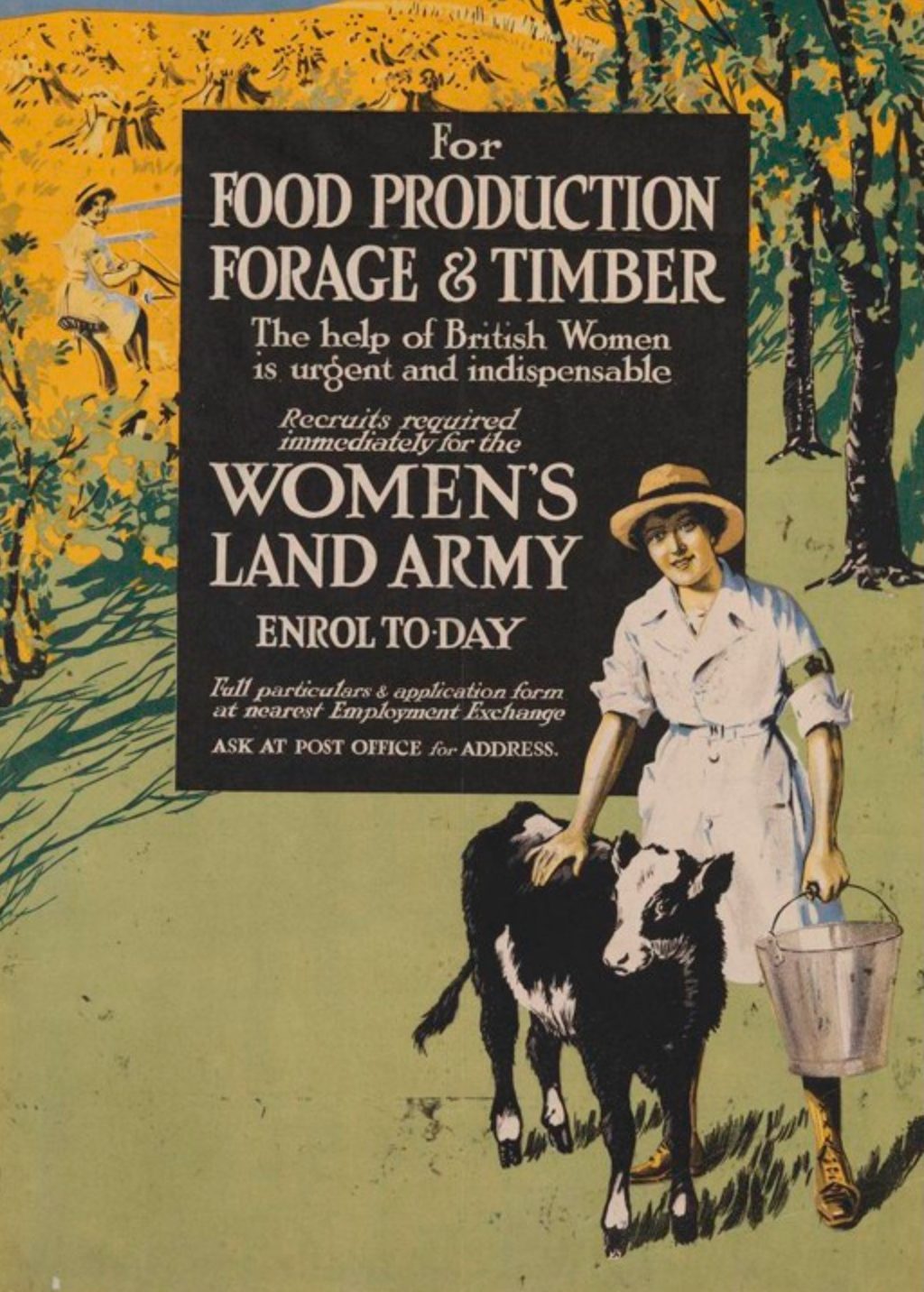 On the subject of recruitment, the North Yorkshire County Record Office holds an extensive archive of World War 1 Appeal Tribunal papers where local men appealed against being conscripted. In one example, a 31-year-old dairy farmer from Bainbridge Ings called Ralph Tiplady Metcalf offered the following argument:

“Metcalf is sole proprietor and worker on his dairy and sheep farm, he milks his own cattle and has a milk contract. If he is called up, there is no-one to take over his farm. The local tribunal granted one month exemption from 13 March 1916″

Geoffrey has followed the case up and it appears that Ralph’s exemption was short lived,

“… he lost his next appeal and sold all his stock. He went into the army in 1916 and died, without ever having been in action, of pneumonia in the south of France in 1917 whilst his regiment was on its way to Italy to fight the Austrians.”

A sad end indeed. We will be very interested to hear more from Geoffrey as the project progresses.

We’ve discovered Ralph and his family in the 1911 census for Bainbridge parish. It turns out he was farming at High Fors with his sister Mary working as dairymaid and two servants. One can only imagine the consequences for this little family following on from his conscription and subsequent death.