Our second set of farm accounts held at the Dales Countryside Museum belonged to Jane, known as Elizabeth, Thwaite (possibly born Wilkinson, or this surname may come from a later remarriage) who conducted a profitable dairy and poultry business from her farm up at the head of Walden at the end of the nineteenth century. 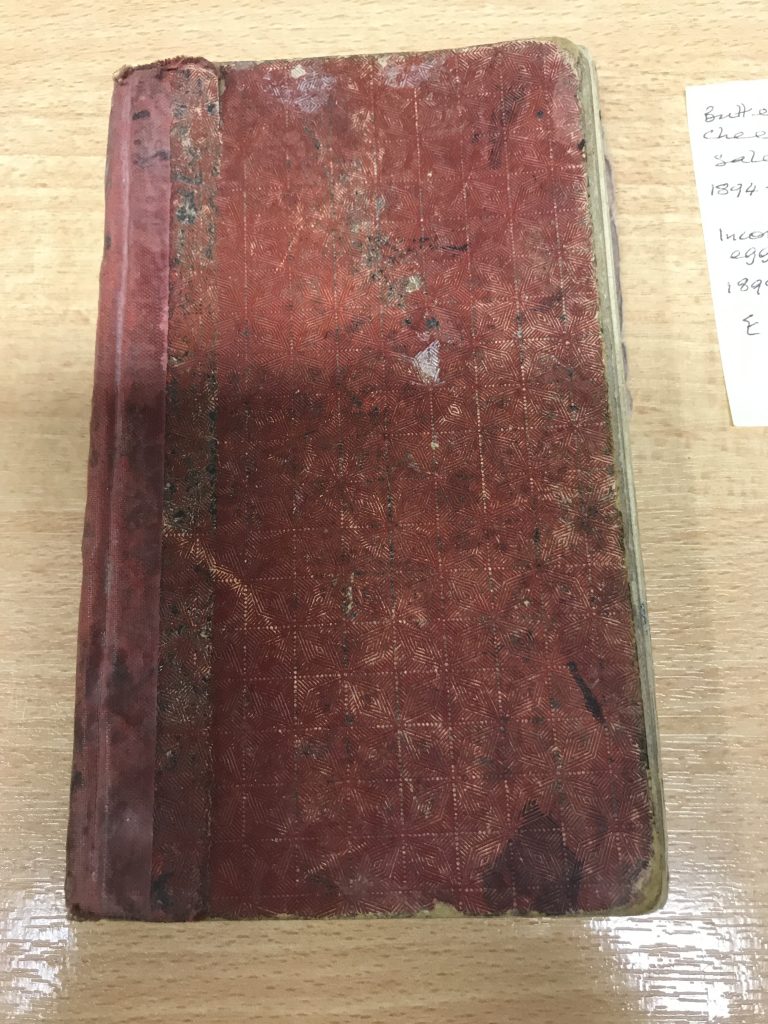 Her copper plate handwriting is perhaps not as practiced as James Willis’ ( see our blog post Dairy Farm Account Books – Yorescott) but she records everything in minute and fascinating detail. 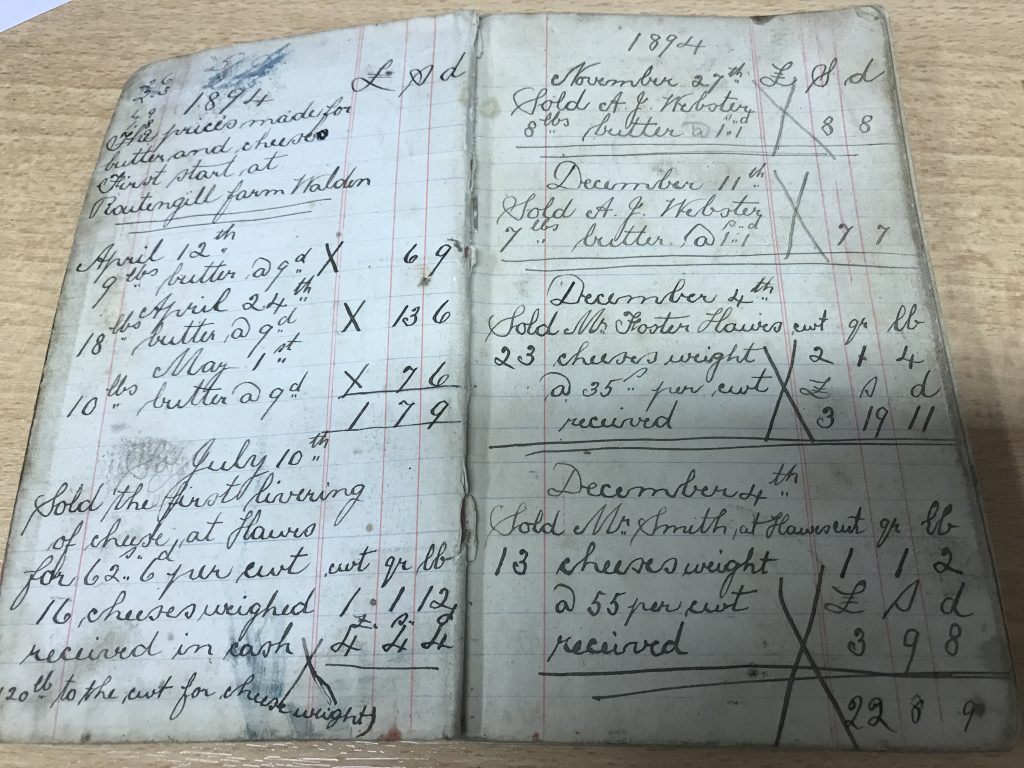 Cheese and butter sales recorded by Elizabeth Thwaite in 1894

On July 10th 1894 she matter of factly records her first sale of cheese at Hawes. Whether this was at the market or to a retailer is not clear:

In the same year however, we see her selling 23 cheeses to a Mr Foster in Hawes at 35s per cwt considerably less per cwt than her initial sale so we might assume her July sale was direct to customers at the market. James Foster is listed in the 1891 census for Hawes as a ‘Grocer & Draper’ employing his wife and three sons as shop assistants.

As her business progresses we see her continuing to sell at local markets and also to the ‘big’ houses in her area like Swinithwaite and Sorrel Sykes and also to Aysgarth School.

In 1895 she establishes an outlet with a cheese factor or wholesaler in West Hartlepool. 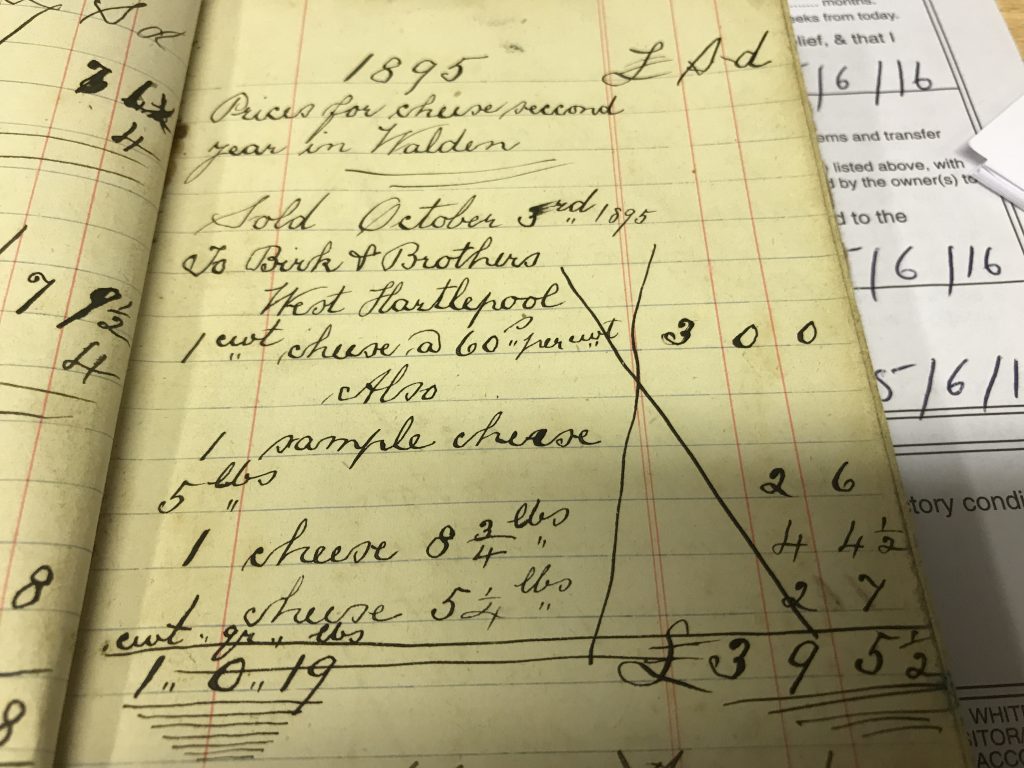 Record of sales to Birk & Brothers of West Hartlepool

The number of cows varies over the following years, sometimes she just records having two. In 1897 and 1898 she seems to just be making butter though her profits have improved – in the latter year she records her sales at £15 1s 5d. By 1899 she has acquired five cows and is back to making cheese again, both ‘flat’ and ‘Stilton’ shaped. 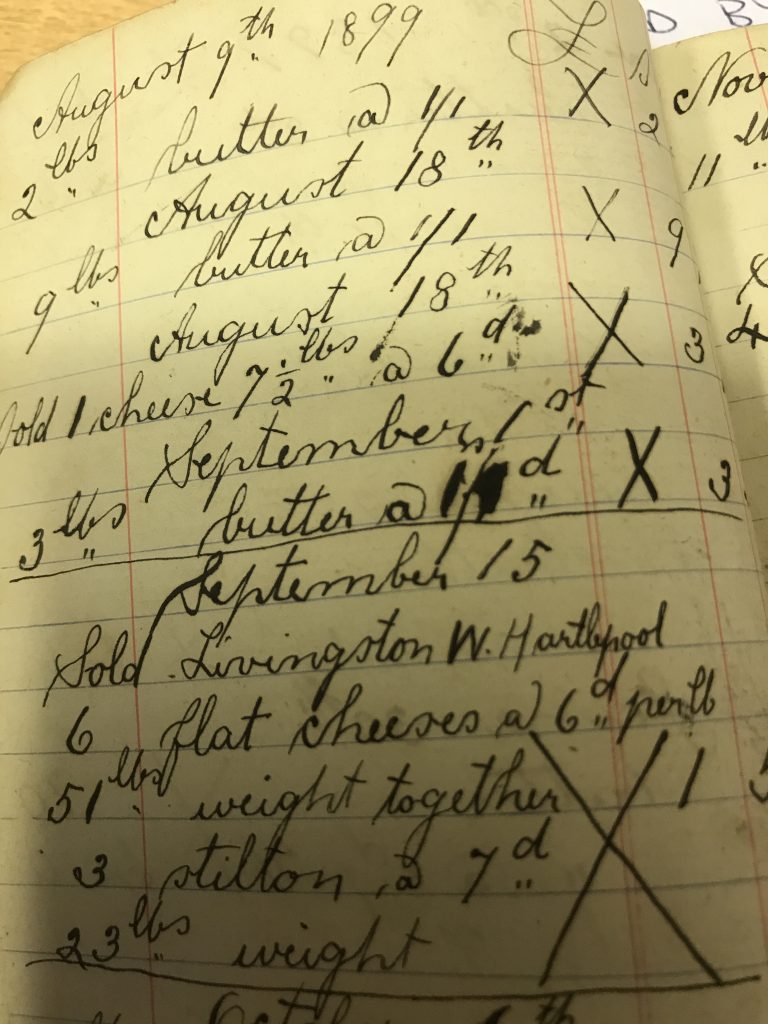 Record of sales of both Stilton and flat cheeses

Marie Hartley & Joan Ingilby explain the difference in types of cheese in their book ‘Life & Tradition in the Yorkshire Dales’:

“Approximately one gallon of milk makes one to one and a half pounds of cheese, but the longer a cheese is kept, the more it dries and loses weight. The ones manufactured at the beginning and end of the season were the well-known flat shape, whilst those destined to go ‘blue’ and be kept for Christmas, made from June to September, were usually Stilton-shaped.” ibid p13

Jane records her summer and her winter sales separately and it looks as if she concentrates on making butter in the winter and cheese in the summer. Cows fed on hay in the winter apparently produced a tough hard cheese which didn’t sell well. Each spring she records the date she starts cheesemaking again – in 1904 it was on April 14th, with her first butter sale on November 15th that year. In 1905 she starts cheesemaking on April 13th.  Her summer cheeses are ready to sell by mid-June and she sells her last cheese on December 23rd. Her total summer cheese sales were £29 15s 6d while her winter butter sales totalled £6 1s. In 1906 & 1907 she seems to have acquired a single outlet for her butter “sold Mrs Webster the butter till last of March @1/1 per lb.”

She continues to supply cheese in quantity to her contacts in West Hartlepool and also to a Mr S Darbyshire of Middlesborough. Her last summer cheeses were sold in 1910 to J. B Whitelock and her records end there.

A hunt through the census returns reveals the possible reason why the record breaks there. In 1901 Jane E. Thwaite aged 30 from West Scrafton is shown as married to Richard Thwaite (32), born and bred in Walden, and they have a 3 month-old daughter called Elizabeth. They farm at ‘West Rowton Gill’ and appear to have taken over the tenancy since the previous census of 1891. We assume that Jane’s middle name is Elizabeth and it is her whose account books we have. By 1911 and the next census, Richard has died. His widow Jane Elizabeth is now a farmer in her own account at ‘Routon Gill’. She has two young children at school, Elizabeth and Eleanor and she employs John Routh as cowman and shepherd. Does she give up keeping her accounts following her husband’s untimely death? Or does she redirect her energies to other business on the farm?

There seems to be disagreement on the spelling of the farm’s name. Jane records it as Routengill, but on the modern OS map is it called ‘Rountengill Farm’ and lies at the far end of Walden near the head of the dale.

We think we have tracked Jane’s West Hartlepool cheese buyers – they were called ‘Birks Bros’ and operated as grocers and tea dealers from a property on Stockton Street as this early twentieth century photograph from the Hartlepool History Now & Then website shows. By the mid 1950s they were still grocers but operating out of properties on Church Street and Musgrave Street according to the website. 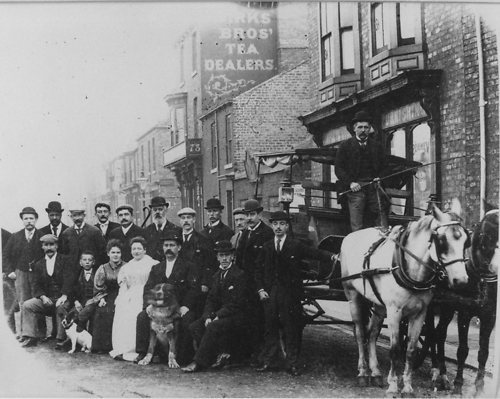 Birks Bros on Stockton Street in the 1900s. From Hartelpool History Now & Then website

“Jane Elizabeth Stubbs, b. 12 Oct 1870 (date from 1939 register) at West Scrafton, daughter of John Stubbs and Margaret Harker. She married Richard Thwaite (1868-1908) at West Witton in 1894 and they farmed at West Routen Gill. She carried on the farm after his death and in 1913 she married Richard Wilkinson (1871-1916), a widower originally from Grisedale. She was listed in the 1939 register as Jane Wilkinson, still farming at Routen Gill with her Wilkinson children.”
Nicola Thwaite (pers. comm.)

As a wonderful postscript to the Dairy Days project we were contacted by a descendant of Jane Elizabeth Thwaite who had come across this blog post. He filled us in on some of the details of her later life including when she died and where she was buried, but even more wonderful, he sent us a couple of photographs of her in her later years.

Kevin and his brother Gary made a special trip to the Dairy Days exhibition to see Jane’s butter and cheese sales book and also to hunt for her gravestone in Askrigg Churchard. Read the whole story here.