Curlews are back in the hills, refreshing our very souls

What a pleasure to experience a crisp, frost bitten morning when the sun’s gentle touch signalled that spring was tantalizingly close.   As I arrived at the Yorkshire Dales National Park Authority office in Grassington, having driven over the highest mist-shrouded slopes of Nidderdale, I heard for the first time this year a call that I love and have grown up with.

It was the curlew, and its cur-lee song prompted action.  As soon as I got to my desk I went to the Northern Upland Chain Local Nature Partnership (NUCLNP) website to find our interactive map.  Here people are recording where they have heard their first curlew of the year.  I selected the date (3rd of March), dropped the cursor over our Grassington office, and clicked to mark the spot.

In doing so, I observed the increased peppering of sightings being recorded by others. I spent a minute pondering the identity of the people creating this mosaic of curlew encounters.  These birds, calling over the northern uplands, are refreshing our very souls.

The curlew overwinters on the milder coastal fringes and announces its arrival in the uplands from mid-February, faithfully declaring its territory in the same field or patch of moorland as previous years, and seeking out its lifelong partner to breed, nest and hopefully fledge its young.

There is a sense of urgency in what I do as I prepare an update on the NUCLNP’s year-old ‘Curlew Conservation Project’, which is aiming to maintain this iconic bird across a vast northern upland landscape.

The NUCLNP (sorry, that really is a mouthful) was formed in 2012 by the National Park Authorities and AONBs which administer this contiguous group of protected landscapes along with associated conservation bodies, landowners, farmers and community groups.

But why the urgency?

Well, the good news is that the UK is the third most important country in the world for breeding curlews, hosting nearly 25% of the global population. Whilst this is encouraging, it’s certainly not the whole picture, as between 1995 and 2012, the breeding populations declined by 61 per cent in Scotland and 30 per cent in England.

In 2008, curlews were deemed of global conservation concern and became listed as ‘Near Threatened’ on the IUCN Red List. It’s sobering to think that the curlew has the same international conservation status as the jaguar.

The decline in curlew numbers is primarily down to intensification of farming methods, predation and forestry encroachment onto breeding sites. But many farmers, foresters and land managers are already working to reverse the decline – a fact I have witnessed first hand in the past few months.

It must be emphasised that in the northern Pennines, curlew populations are holding up.  The project area described above accounts for 4.9% of the area of England and Wales, yet hosts 49% of these nations’ breeding population of curlew.

The Curlew Conservation Project aspires to increase our understanding of the curlew. In a sense it is as much about cultural heritage as it is about species conservation.

Assuming we can attract the funds needed to facilitate action on the ground, the project will allow us to work with land managers to monitor, colour-ring and even GPS-tag curlews.

Importantly, what we discover about the curlew will also benefit other breeding waders.  We are using the curlew as a ‘flagship species’ to highlight the plight of other ground-nesting birds that are just as threatened.

In the Yorkshire Dales, for instance, the decline in redshank is very striking; it appears to be more threatened here than the curlew.   Yet the way that habitat can be managed to benefit curlews is, broadly speaking, similar to the way we need to look after land for redshank, lapwing and snipe.

I’m so blessed to have met such a wonderfully passionate mix of farmers and landowners who are already actively engaged with breeding wader conservation initiatives.  We will aim to build on and add to this knowledge base through a new team of wader specialists.

The curlew is an integral part of our cultural heritage.  These birds can inspire people of all ages. I know this because I was inspired by them as a child, and continue to be as I mature in age. The curlew’s Latin name Numenius arquata means ‘new moon’ and ‘bow-shaped’, referring to its crescent-shaped bill. The birds and their haunting calls have inspired poets such as Robert Burns and many artists.

We want to stimulate a fresh narrative which can engage with people in upland and coastal communities alike, one with the potential to reinvigorate the creative spirit which dwells in every one of us.

The evocative call of the curlew could be the catalyst for unlocking the inner self and in an age of mindfulness and wellbeing, it could have a role to play in maintaining our own delicate balance.

Perhaps, as you read this, you’re recalling the thrill of your first encounter and perhaps one of those dots on the interactive map signifies that moment visually. Alternatively, knowing now that you can record your encounters, and in doing so input into a bigger shared picture, this could be your prompt.  Do share what the curlew means to you; we would love to know.

See www.nuclnp.org.uk/curlew-conservation/ or get in touch with me directly via ian.proudler@yorkshiredales.org.uk

*This article was first published in the Yorkshire Post – ‘Yorkshire’s National Newspaper’ – in the Country Week section, on Saturday 14 March 2020. 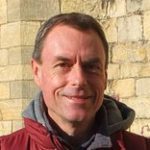 4 Replies to “Curlews are back in the hills, refreshing our very souls”