Dent Head Viaduct is February’s Site of the Month. This is one of 20 viaducts on the Settle to Carlisle railway line. It forms a very striking feature at the head of Dentdale.

When you think about the Settle to Carlisle railway line the most known viaduct is the one at Ribblehead – the Batty Moss viaduct. It is still a working railway and after crossing this viaduct, the line enters Blea Moor Tunnel (about 2,400m long and 150m below the moor) before emerging onto Dent Head Viaduct. This carries the line over Fell End Gill. Arnold Pacey suggests that a tramway existed prior to the railway which ran from Batty Moss to Dent Head Viaduct. The tramway would have been built to transport bricks directly from the brickworks to the construction site at Dent.

About a mile down the line is Artengill Viaduct. This was one of the most difficult viaducts to build and is set into the limestone bedrock through shafts 50ft long which had to be driven through unstable shales. It is also one of the few viaducts that did not use bricks in its arch construction. The construction of the Settle to Carlisle was a massive project undertaken by Midland Railway which took over 6 years. To find out more about the Settle to Carlisle, the longest Conservation Area in the UK, have a read of September’s Site of the Month. 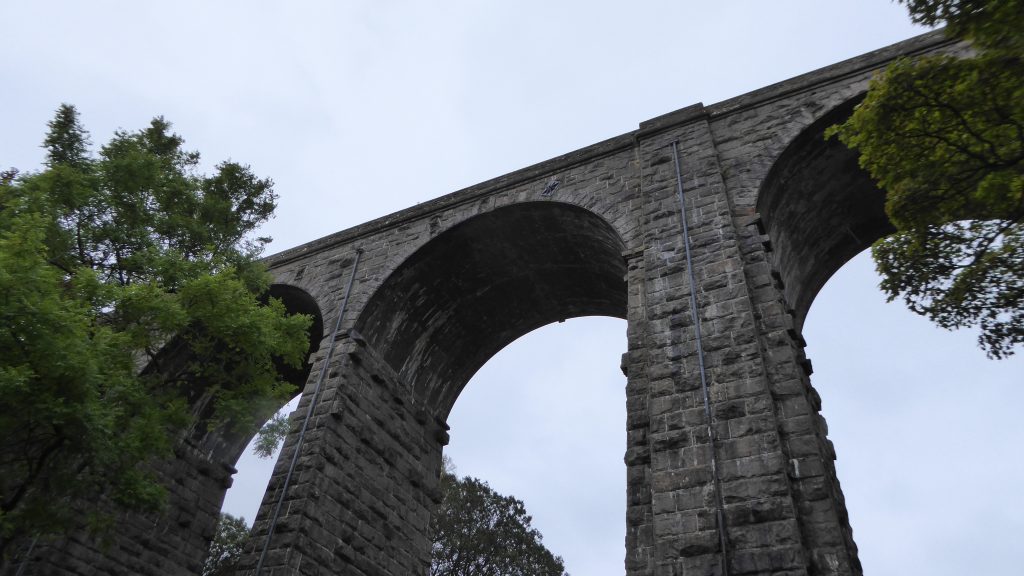 One contractor had to give up during construction as a result of underestimating the terrain and the weather – Dent Head has almost four times the rainfall of London.

The Dent Head Viaduct was built between 1869 and 1875. It follows a slightly curved line on a north-south(west) axis. It is constructed from massive blocks of rock-faced sandstone, which is mostly coursed but some is snecked. It has 10 tall round-headed arches on battered rectangular piers – the ones in the centre being broader than the others. There are brick soffits to the arches, with rusticated sandstone voussoirs. There are now 3 tie-plates to each arch to help reinforce the structure. The parapet has a moulded string course and rounded coping.

In the shadow of the viaduct is an 18th century packhorse bridge. It is named Dale Head Bridge on the 1st edition OS map. It is constructed from sandstone rubble. It has a low segmental arch with one ring of narrow rubble voussoir stones. There is a grassy track over it. Packhorse bridges were constructed to carry horses loaded with side-bags or panniers (a packhorse) across a river or stream. In this case Fell End Gill. Packhorse routes were the trade routes that formed the major transport arteries of Great Britain until the coming of the turnpike roads and canals (and railways!). 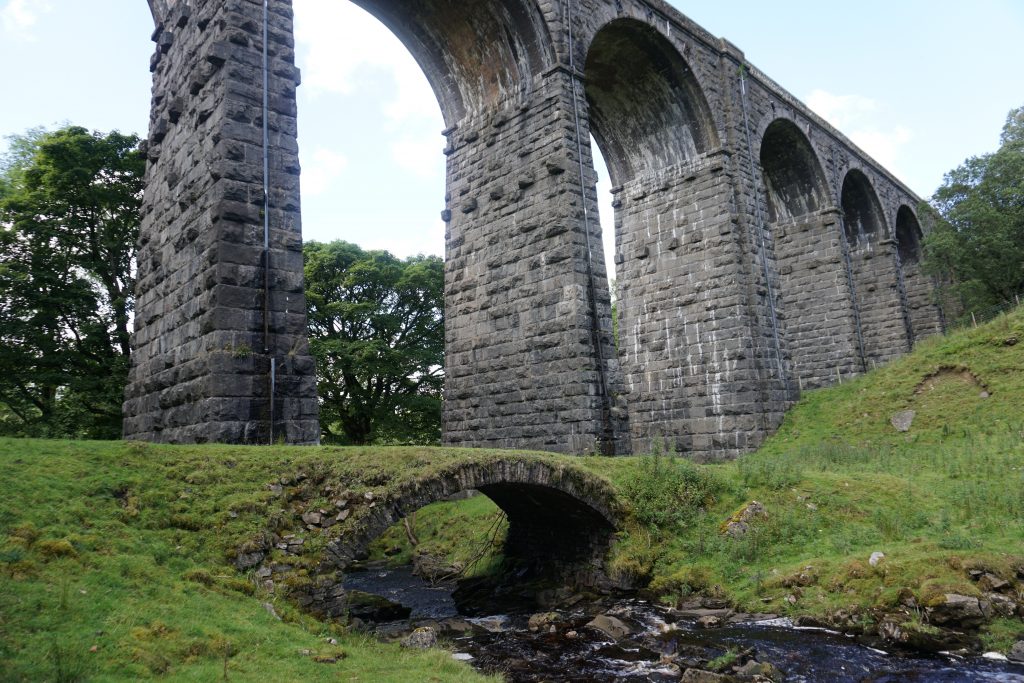 The viaduct towers over the preceding packhorse bridge

You can see loads more photos on the Visit Cumbria website – https://www.visitcumbria.com/carlset/dent-head-viaduct/

Historic Environment Record: MYD35902
Designation: Grade II listed and a Scheduled Monument, as well as being situated along the Settle to Carlisle Conservation Area
OS Grid Reference: SD 777 844
Civil Parish: Dent
Dale: Dentdale
Access: There is no access underneath the bridge itself but there is a layby next to the bridge and there is a great view of the viaduct driving into Dentdale from the B6255.