There are the remains of a cairn prominently situated on the north crest of Addleborough, overlooking Wensleydale. A cairn is a mound of rough stones, often built as a memorial or landmark, although sometimes simply as an agricultural feature to clear land for farming . This cairn is believed to mark an early Bronze Age (circa 2000-1500 BC) burial site. Prehistoric funerary cairns are typically constructed on hilltops or in visually prominent skyline locations. There has been some natural erosion of the site over time, as well as man-made changes.
It is visible as a low stone mound, largely turf-covered and with a maximum diameter of 10.5m and 0.6m high. Several large boulders are exposed across the cairn, and have varying amounts of cup marks on them. One example has at least 30 cup marks of a few centimetres across. There are also distinct channels which appear as ring segments, and highlight particular cups. Abstract cup and ring marks are decorative features that are found quite frequently in upland areas, and are a form of prehistoric rock art. It appears that for geological reasons, rock art is a little more unusual in the Yorkshire Dales National Park, than in other upland areas. 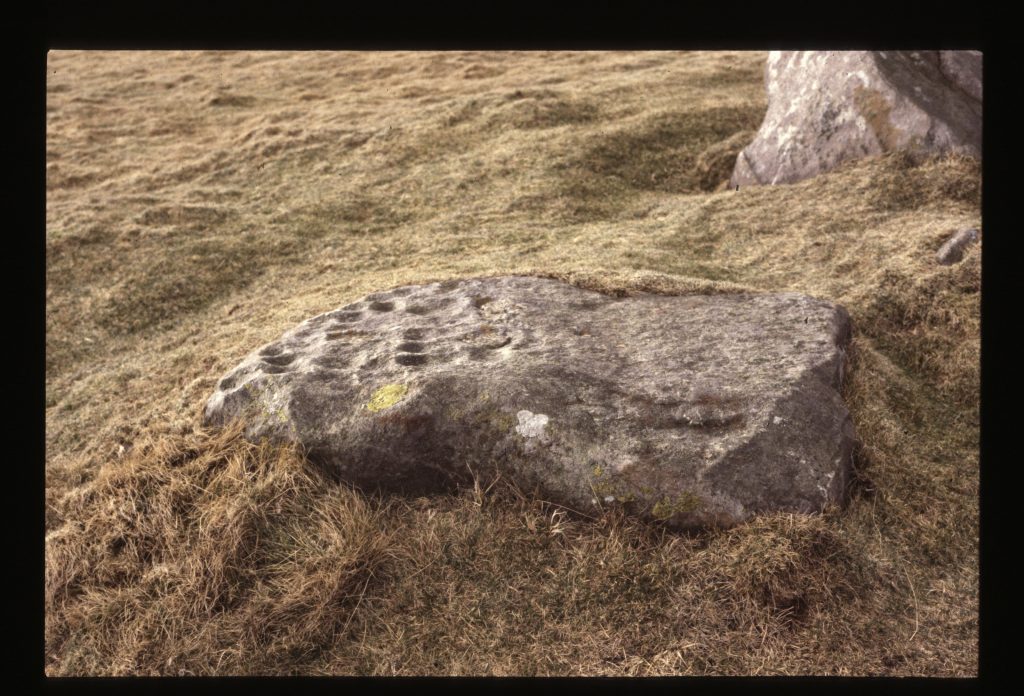 An Ordnance Survey triangulation pillar was situated on the north side of this site. However, its location meant that the cairn was suffering significant footfall and livestock erosion during the 1980’s and 90’s.  The pillar was removed several years ago, and the condition of the mound improved following this. [The triangulation pillar can be seen at the right hand side of the header image.]
The cairn is designated as a scheduled monument.