An old milk cooler from Askrigg

Farmer David Hodgson has been in contact to tell us about an old milk cooling device that he still has on his farm in Askrigg. Fiona from our Dales Countryside Museum went out to see it and to have a chat. It turns out to be rather a fine bit of kit – milk straight from the cow was cooled by running it over a ribbed metal surface – water was pumped through the inside of the device to keep the metal cool on the outside. 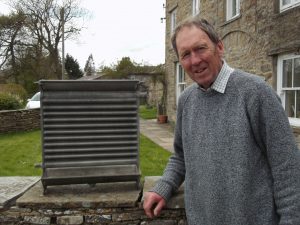 David Hodgson with his milk cooler 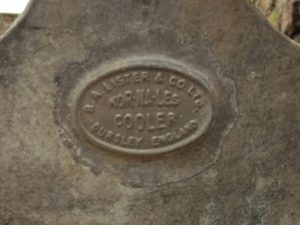 
From the manufacturer’s mark we can see that the cooler was manufactured by R A Lister & Co Ltd of Dursley in Gloucestershire and that it was known as the ‘Mor-Na-Les’ . Gloucestershire was of course one of the great dairying counties of England. The company was founded in 1867 and also manufactured a popular cream separator known as the ‘Alexandra Cream Separator’ along with wooden butter barrels and milk churns.
The Hodgsons were famous for their ‘Lowlands’ pedigree Northern Dairy Shorthorns and we snapped these pics of some of David’s photos of their prize winning animals. 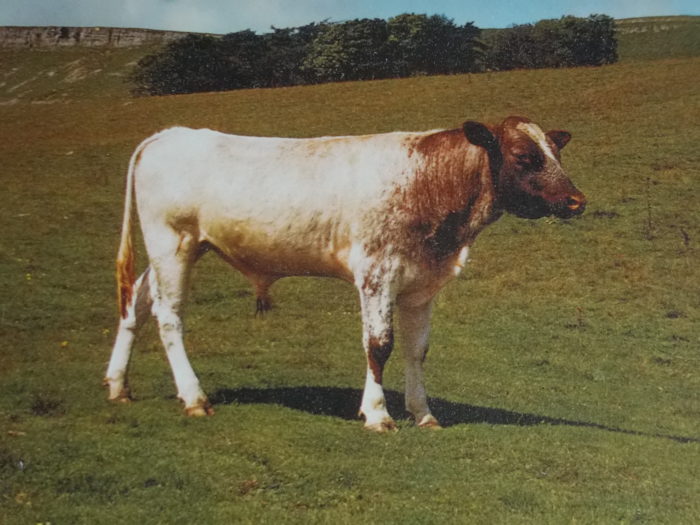 
Semen from the bull calf in these photos is still stored in the Rare Breeds archive apparently. He was called ‘Lowlands Sunrise’ and is listed on the online Shorthorn Register as having sired 17 progeny so far, the most recent in 2016, and called ‘Bradden Sunrise’. Farmer and cheese-maker Andrew Hattan, from Nidderdale sent us this recent photo of him. He’s hoping to use this bull’s semen on his own shorthorn cows. 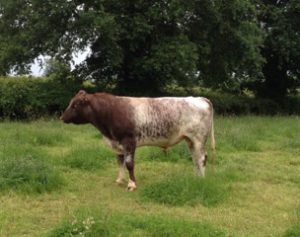 We look forward to spending  time with both David and Andrew hearing about their prize-winning pedigree animals.

2 Replies to “An old milk cooler from Askrigg”