All Aboard the Longest Conservation Area

For September’s Site of the Month we are looking at something a little bit different. It is focused on the whole Settle to Carlisle Railway, which is still a working line today. It is also the longest Conservation Area in the UK! The construction of the railway has been described by some as one of the most extraordinary feats of Victorian railway engineering, and by others as one of the most foolhardy.

The railway is testimony to a great age of endeavour. The engineering achievements of the line are further enhanced by striking buildings and trackside structures. There are 14 tunnels and over 20 viaducts along the line. These buildings and their relationship with each other and the surrounding landscape represents a group value. This has been recognised and designated as a Conservation Area.

The designation (in 1991) covers the whole railway, over 70 miles of track, as well as all associated historic structures. There is a coherent design of identity the length of the route – it is characterised by typical Crossley structures, along with Midland’s systematic approach to the design of stations, signal boxes and other ancillary structures. [J.S. Crossley was the chief engineer in the line’s construction.]

There are 11 stations that are still operational. This includes Dent, which is the highest main line station in England (at 1150 feet above sea level).

The railway was built across some of the most difficult terrain in England. It cost £3.8 million (nearly £200 million in today’s terms) and took 6 and a half years to construct. The line was built by the Midland Railway. [The Midland Railway was one of the most powerful and wealthy of the Victorian railway companies. Based in Derby, its wealth had been generated by the coal it transported from Derbyshire, Nottinghamshire and Yorkshire. In 1868 they reached London – then they turned their attention northward.] They wanted a share of the lucrative London to Scotland passenger traffic, but did not want to have to send its traffic over the lines of its rival west coast company (London and North Western Railway). As a result of attempts to come to deals with rivals failing, a Bill was introduced to Parliament in 1865 to enable Midland to build new routes. The Bill went through, despite opposition, but nothing was done for several years. In 1869 Midland struck a deal with London and North Western Railway, probably because the projected cost had begun to scare the Midland’s shareholders. Together they tried to get a Bill put through abandoning the line, but this was refused. Parliament at the time was fearful of ‘Railway Monopoly’. 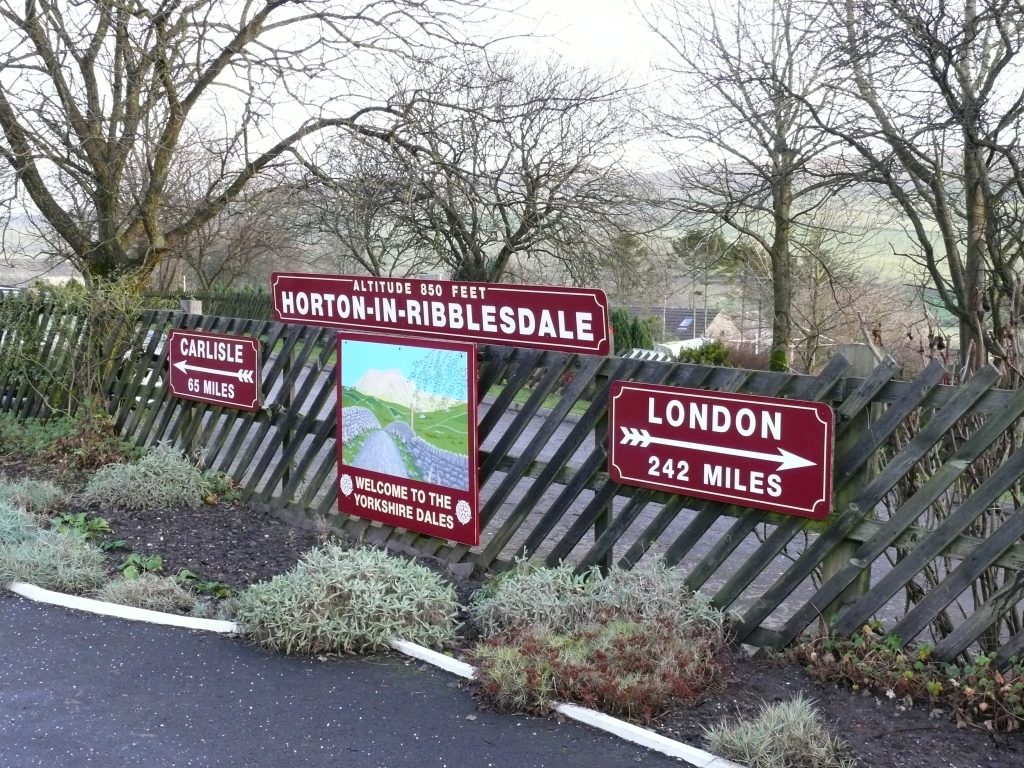 This was the last navvy-built railway line in the country. Huge quantities of men, both skilled workers and labourers, were brought in from all over to the country to work on the railway. At its height, over 7000 men were working on the project.

The major construction work took place at the Ribblehead section with its impressive viaduct and Blea Moor tunnel. At one time there were about 2000 men working on this section alone. This led to sprawling shanty towns being built at the area that were overcrowded and unhygenic. The settlements were called Sebastopol, Jericho and Batty Green.

The line opened for passenger traffic in May 1876, providing luxurious travel to Scotland in Pullman coaches. [These were lounge cars operated by the British Pullman Car Company.] After all the time, manpower, engineering and money, it is likely that it never made a profit. The construction also had a high human cost – a large number of workers and their families died from accidents and diseases. 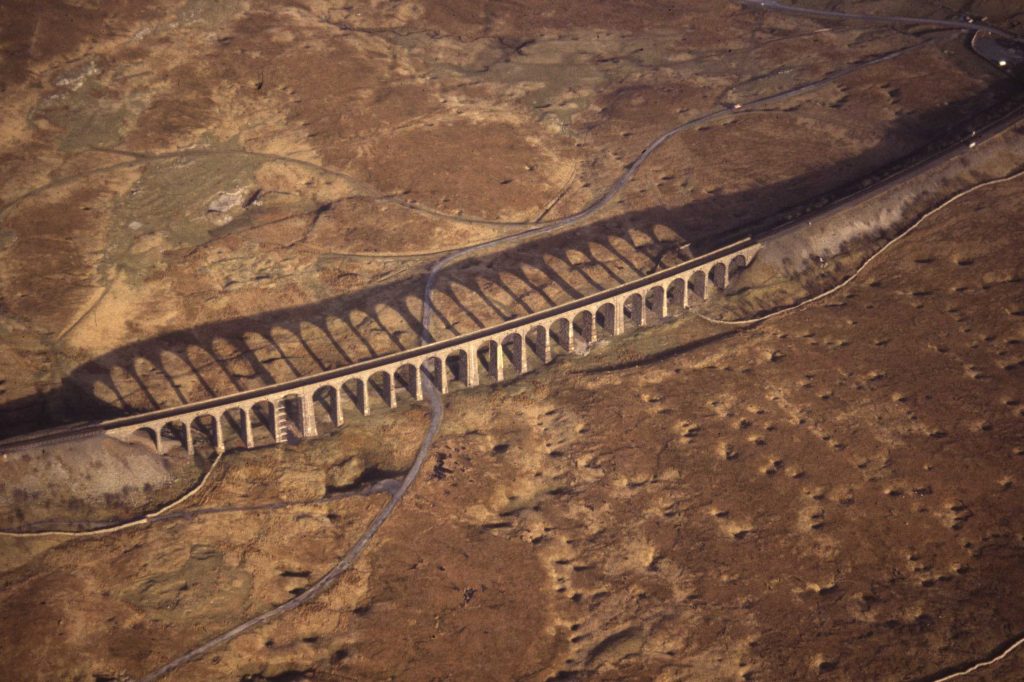 The Batty Moss viaduct (at Ribblehead) is perhaps one of the most iconic along the line. It is certainly the tallest (104 feet at its highest point) and has an impressive 24 segmental arches.

Many have argued that the Settle to Carlisle line is one of the most scenic railway journeys in England. The route forms a coherent and outstanding historic railway landscape of national significance. The combination of the natural beauty and bold man-made structures still provides drama for both rail passengers and people roaming the countryside.

The line was engineered to follow the natural pathways through the hills of the Pennines. The relationship between the railway and the landscape is determined by very exact requirements of railway engineering. For instance gradients are limited by the power and speed of the trains. These limitations require manmade interventions – in the form of cuttings and embankments. The line from Settle to Carlisle was determined by the strategic need to get over the watershed. This defines the alignment of the railway relative to the landscape at a localised and wider level. It is the relationship between these civil engineering works and the natural form of the land that creates the distinctive character of the area.

Part of what makes the railway so unique is also what has caused a threat to its survival as a working railway. The survival of the route and the absence of major alterations is largely due to the fact that since the early 20th century it has been a secondary route. This has meant it has not been pressurised to “modernise” and expand (as technology evolves). [The remote upland location has also meant that the settlements and landscape have not been altered much either.] However this has led to threats of closure. It has survived 2 attempts to close it, in the 1960s and the 1980s, both causing local and national outrage. Due to public protest and rise in passenger numbers, the Government declared that the line should stay open (in 1989). 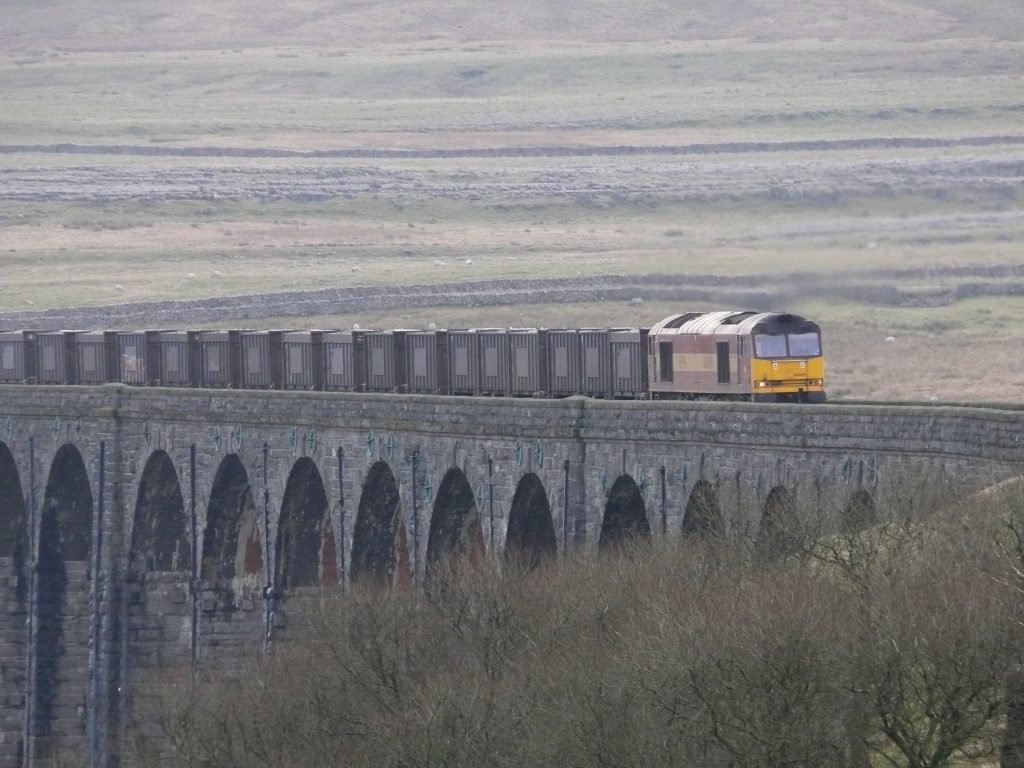 A variety of trains can still be seen using the line. You can look at the timetable here.

Keep your eye out for future site of the month blog posts that might explore features found along the railway line in more detail.

2 Replies to “All Aboard the Longest Conservation Area”