Agriculture Bill could be good fit for Dales farmers

Farming in the Dales is entering a 10-year period of massive change because of Brexit and the Government’s new policy on farm payments, set out last week in the Agriculture Bill.

The Bill provides the legal framework for the phasing out of Direct Payments by 2028, and the introduction of a new Environmental Land Management system to reward the production of ‘public goods’.

The Yorkshire Dales National Park is a farmed landscape.  So, the National Park Authority’s starting point is that we would like to see the number of farm holdings in the National Park retained, or even increased.  We want – and need – sheep and cattle on the fell sides, as they have been for centuries.  But that does not mean trying to keep everything exactly the same as it is now.

We all know that farming – and the way it is supported by farm payments – will have to change. We are excited about the potential opportunities presented by the Bill.  It is a once-in-a-generation chance to change a system that, for years, has been loaded in favour of lowland farmers and big commercial interests.

But we must also be cautious.  There is no doubt that, if the proposed agricultural transition is badly managed, the economy and environment of the Dales will suffer.

Direct Payments have been propping up Dales’ farm incomes for years; it is here that the impact of their withdrawal will be felt most keenly.  Even so, the Government is right to scrap them.  Direct Payments are a sticking plaster over market failure. They disguise the fact that upland farmers are working tirelessly yet struggling to make any money from the food and breeding sheep that they produce.  In my experience, farmers would far rather get an extra £30 per lamb at the mart than receive such handouts.

So, where’s the good news?  First, there is now increasing evidence that, for many of the ‘typical’ Dales sheep farms, the profitability of the business can be significantly improved by cutting inputs and moving to lower – not higher – stocking rates.  A fair few farmers are already proving that by stocking only as many animals as the farm can naturally support, they can increase profit margins.

This is the key to explaining why the Agriculture Bill could be a good fit for Dales farmers.  If farmers choose to move towards lower-input farming with better profit margins, then they will also be putting themselves in prime position to benefit from the new payments for protecting or improving the environment.  It should be a ‘no brainer’ for the Government that the new Environmental Land Management system – and its highest level of payments – should be targeted on National Parks.  We will lobby tirelessly – alongside bodies such as the Northern Hill Farming Panel – to try to make sure that there is no reduction in the overall level of support for farmers in the National Park, so that the new system properly rewards those farmers who are providing the most public benefits.

There is no ‘one size fits all’ solution, not least because of the range of different farm sizes and types, notably dairying, in the National Park.  That is why we have been saying consistently to Government that the new Environmental Land Management system must be locally-designed and locally-tailored.  The National Park Authority is already helping to pilot a new style of agri-environment scheme in Wensleydale that makes payments on species-rich meadows and good habitat for breeding waders.  It is effective and popular because the farmers retain full control of how their land is managed, and are able to use their knowledge and skills to enhance the environment.  A few weeks ago we were delighted when the scheme became fully-funded by the Government.

The Agriculture Bill should lead to more such schemes coming forward, with better payments for a wider range of public goods.  We will work closely with local farmers and land managers in the coming years to shape – and deliver – some of the new schemes.  In ten years’ time, my hope is that Dales farmers will be producing locally-distinctive, high-quality food in a way that also produces an outstanding range of public benefits and secures their farm’s long-term economic viability. 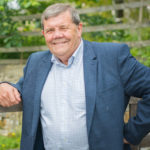 Carl is the Chairman of the Yorkshire Dales National Park Authority

Carl is the Chairman of the Yorkshire Dales National Park Authority