A Lime Kiln on Arkengarthdale Moor

May’s Site of the Month is the twin-arched lime kiln in Arkengarthdale. It is situated in an area of historic lead mining. The kiln dates to the latter 19th century.

The kiln has twin arched draw-hole openings, both 3.4m high, which have voussoirs [this is where wedge-shaped or tapered stones are used to construct an arch]. This large lime kiln was constructed from coursed sandstone and limestone, as well as bricks being used in the draw-hole eyes and the bowl. The face of the kiln is square with a height of 5.35m and on a square base that is 15.24m wide.
Each opening has a raised platform at the rear with wooden edging to the front. However the one on the west has partially collapsed, but they were probably built identically. The eastern draw-hole eye has an arched cast-iron hoop surrounded by an arch of firebricks laid as headers, surmounted by 3 courses of firebricks laid as stretchers. 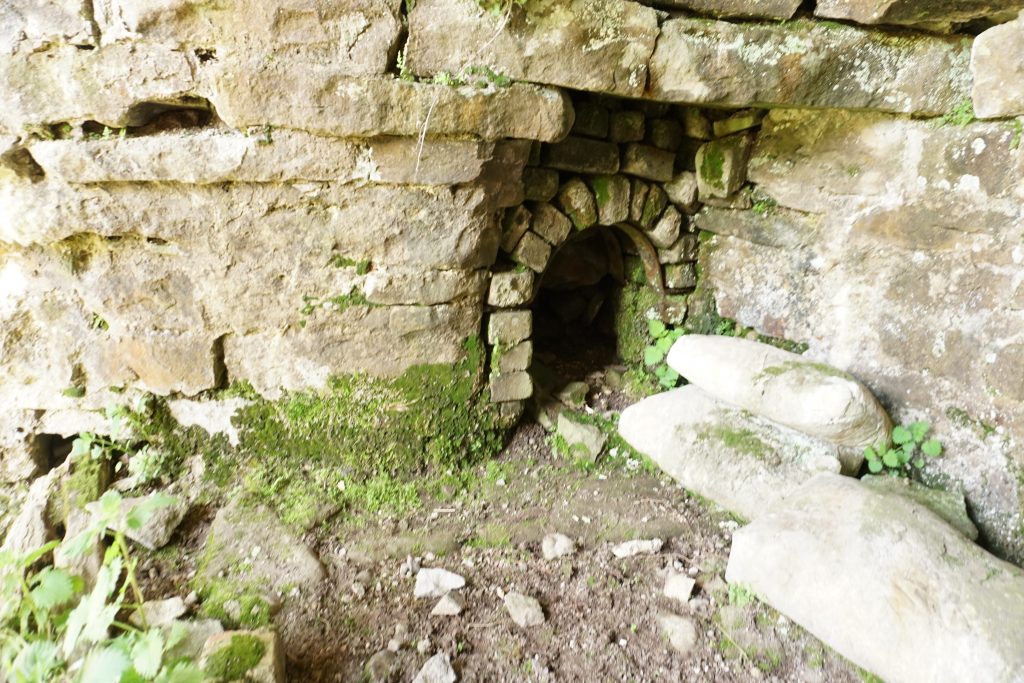 This is the draw-hole eye on the eastern side. The western draw-hole eye has now collapsed, however it would have once been the same..

In a draw kiln, the limestone was layered with a combustible material (most likely coal for this kiln) and lit. As it burnt through, lime was then extracted from the bottom of the kiln, through the draw hole.
Although there are two draw-holes, there is only one bowl. The bowl is oval in shape and has a depth of more than 4.5m. The bowl has a facing of firebricks, these were laid as headers one course thick on a coursed stone lining. 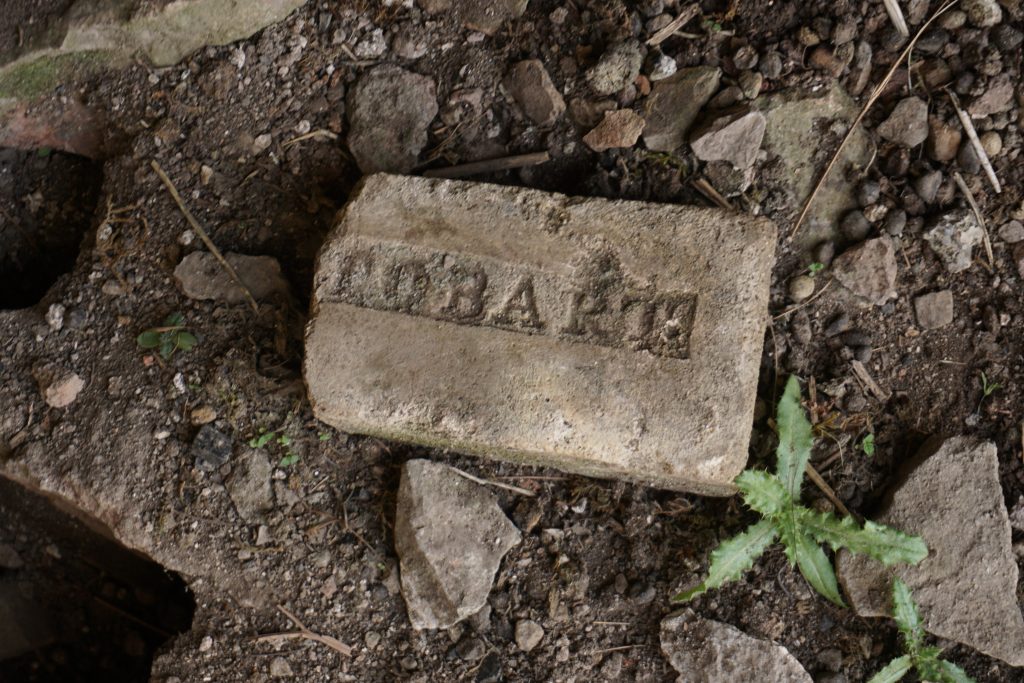 The firebricks are stamped with “STOBART”

The central kiln block is closely flanked by two freestanding blocks of masonry. These are later additions and are constructed differently with smaller tightly packed masonry, mainly sandstone (as opposed to the limestone for the central kiln section). They were potentially used as storage areas, for instance for coal (which had been transported along the track from a nearby colliery). There is a quarry immediately behind the kiln; there are ramps that run between the quarry and the bowl top.
The kiln is situated on the moor at Arkengarthdale. The surrounding moorland suggests that the kiln did not have an agricultural function, instead the lime produced was potentially used for construction.
The kiln is largely complete, however there has been some areas of collapse. Unfortunately the kiln is currently in a vulnerable state.