A legendary home, fit for a king?

The long history of Pendragon Castle – a fortified tower-house in Mallerstang, Cumbria, dating from the twelfth century – has meant that it is steeped in mystery.
According to legend, the original castle was built by Uther Pendragon, father of King Arthur, in the fifth century. It is rumoured to have been the site of Uther’s death – along with 100 of his men – when a well was poisoned by the Saxons.
It is said that Uther unsuccessfully tried to divert the river to provide the castle’s moat, and this is recalled in a well-known local couplet: “Let Uther Pendragon do what he can/ Eden will run where Eden ran”.
However, there is currently no evidence to support the legend that there was a castle here before the twelfth century. 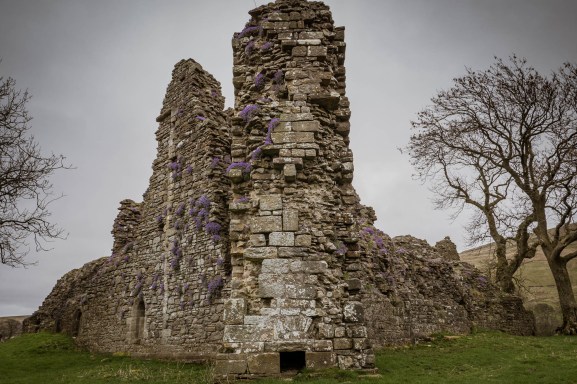 Archaeological evidence suggests that Pendragon is one of the earliest Norman castles in Cumbria, possibly erected by Sir Hugh de Morville. Sir Hugh was Lord of Westmorland and is infamous as one of the knights who murdered Sir Thomas Becket in 1170.
The castle was enlarged in 1300, but was burnt down by the Scots in 1341. Roger de Clifford rebuilt Pendragon between 1360 and 1370, with the addition of a garderobe or south-west tower, but it was again burnt by the Scots in 1541.
In 1660 it was extensively restored for Lady Anne Clifford, who added a brewhouse, bakery, stables and coach house to the site. 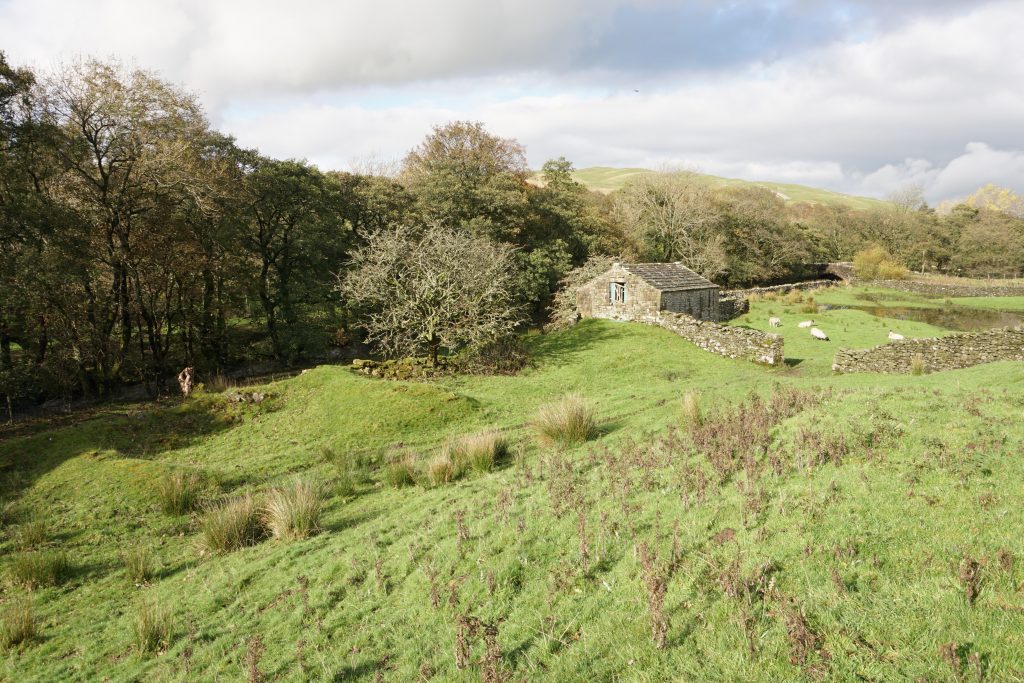 Lady Anne was the only surviving child of the 3rd Earl of Cumberland. However, the Earl’s brother inherited his vast estate. Lady Anne spent decades fighting for her right to inherit, which she eventually did in 1643.
With the Civil War raging, she came north in 1649 and spent the next 26 years (until her death at 86 years of age) restoring and enhancing the churches and castles on her lands, including returning Pendragon Castle to its former glory.
Lady Anne’s approach was particularly unusual for the period as the purpose of her repairs was to rebuild the castle in its original style, or as close as possible, using only local labour and materials.
There is now a 100 mile walk between Skipton and Penrith called the Lady Anne Way, which is inspired by Lady Anne’s travels between her various castles. The route can be done as part of a 6 or 9 day hike, or as more manageable short sections, and is a good way to explore the heritage of the Yorkshire Dales, especially a variety of castles and halls. 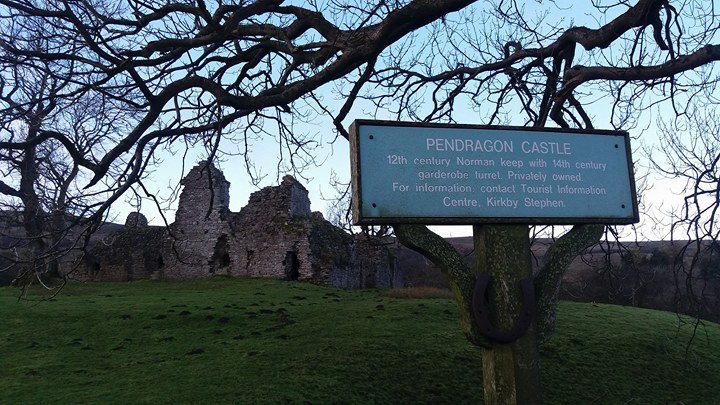 Pendragon Castle was partially dismantled around 1685 by Lady Anne Clifford’s successors due to the high upkeep costs of several castles. As a result, the castle gradually deteriorated into a ruinous state. A drawing by Samuel and Nathaniel Buck in 1739 shows the parapet walls and windows into the guard turrets on the roof as still extant, but Thomas Pennant’s view in 1773 shows the upper parts of the walls as having fallen. Today, Pendragon Castle survives as a ruin.
By the twentieth century the land had claimed Pendragon Castle, with the site and limestone and red and grey sandstone ruins overgrown with vegetation. The castle and its curtilage were bought by Raven Frankland in the 1960s. At this time, parts of the complex were unearthed and some consolidation works took place, including the clearance of external tumbled stonework which helped to give a much clearer visual impression. This uncovered the North entrance, with spiral stairs to either side of the passage, which was closed by a portcullis – the slot is visible in the masonry.
In September 1987 a Spanish silver coin was found on the west side of the castle. It is badly worn and the mint mark is illegible, but it is of the type issued between 1487 and 1537 – possibly during the reign of Ferdinand and Isabella, the Catholic monarchs of Spain, 1474-1504.
In 1995, a programme of recording and consolidation works was carried out. This uncovered sections of intact collapsed walling, which clearly demonstrates how the west side of the castle deteriorated during the eighteenth century.
The earthworks within and around the castle have recently been resurveyed as part of the Westmorland Dales Hidden Landscapes Partnership project. Ultimately, one of the project’s goals is to protect and to tell the story of scheduled monuments like Pendragon Castle. 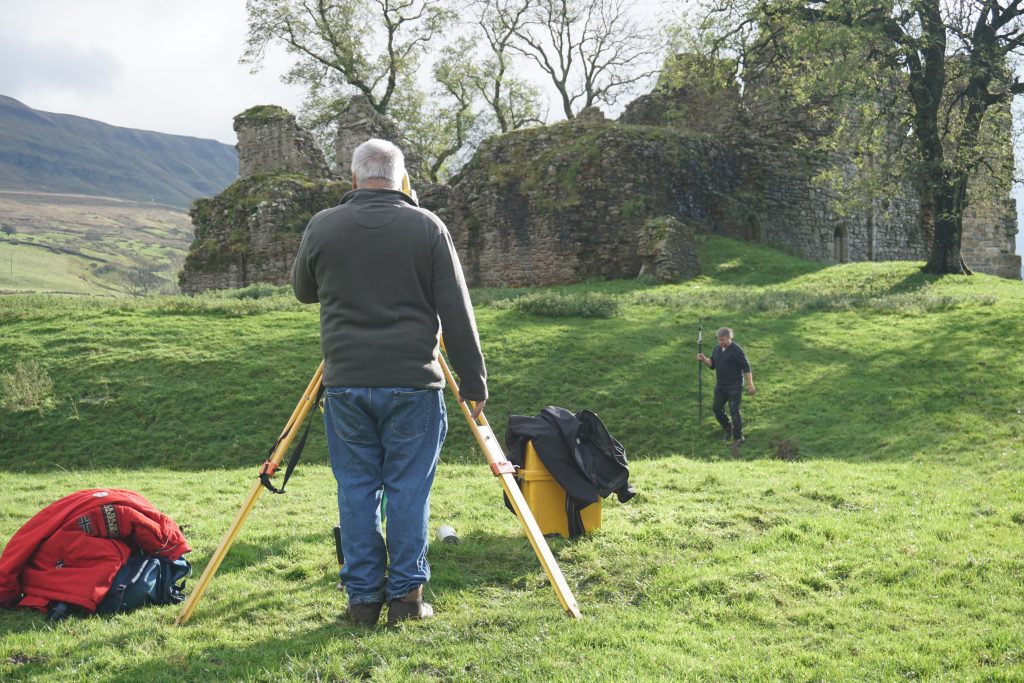 Historic Environment Record: MYD62364
Parish: Mallerstang
OS Grid Reference: NY78180263
Dale: Mallerstang
Designations: Pendragon Castle is Grade I listed and a scheduled monument.
Access: The Castle is on private land, but access is permitted. Care must be taken. Please do not climb on the monument. Please note that it is working farmland and close the gate. Limited parking is available in the layby opposite.

One Reply to “A legendary home, fit for a king?”