A farmer and his dairy cows

The northern dairy shorthorn was the premier cow for milking in Wensleydale up until the 1960s when the black and white Friesian began to take its place with its superior milk-producing capabilities.
We’ve seen this changeover illustrated in the following series of photographs sent to us by Janina Holubecki. It shows her great grandfather Joseph Hopper (1859-1949) and grandfather Redvers Hopper (1900-1970) both of whom farmed at Yorescott near Bainbridge. We’ve blogged about Redver’s wife Margaret in an earlier post ‘Margaret Hopper nee Moncrieff.’

The earliest three photographs date to the 1920s she believes. 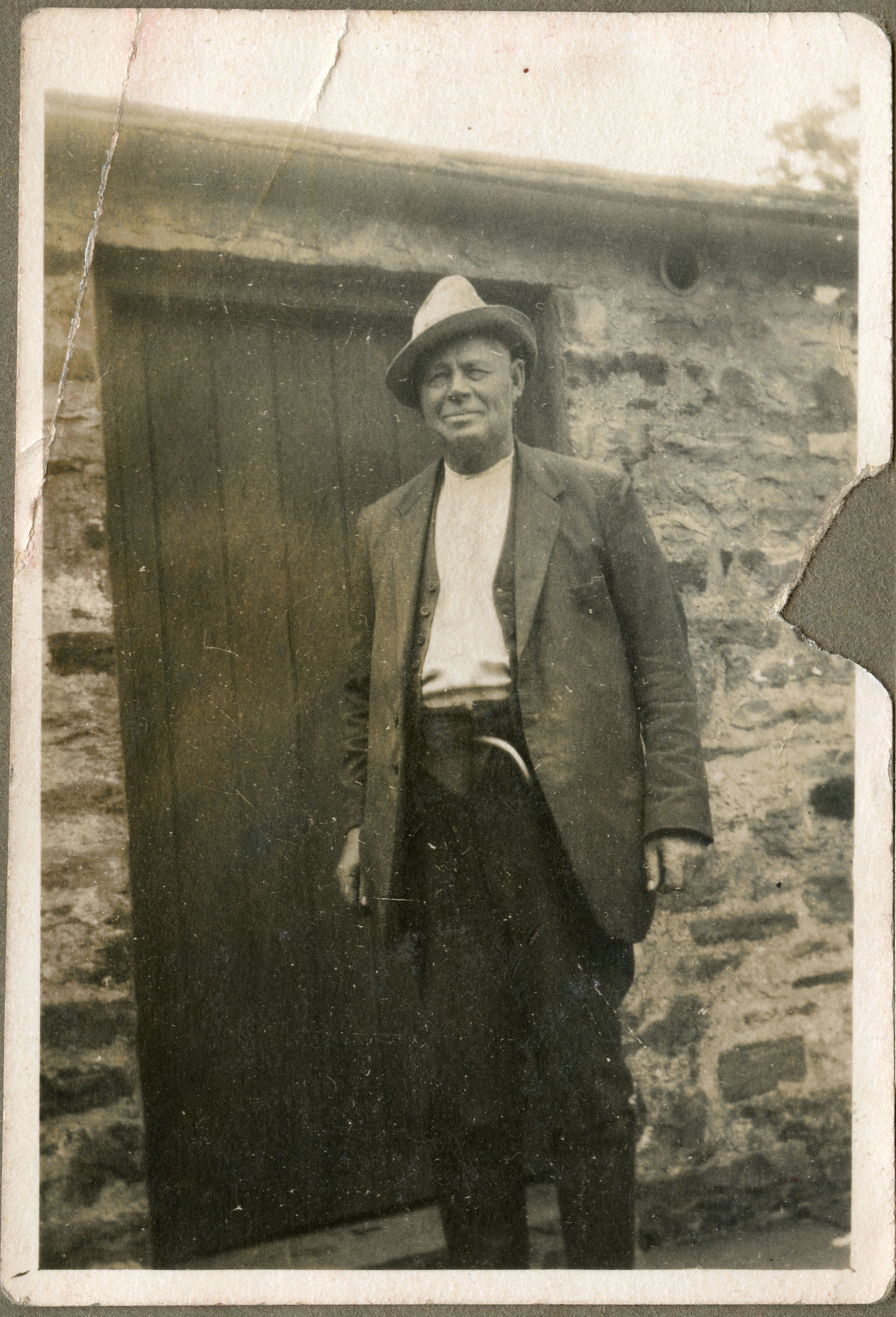 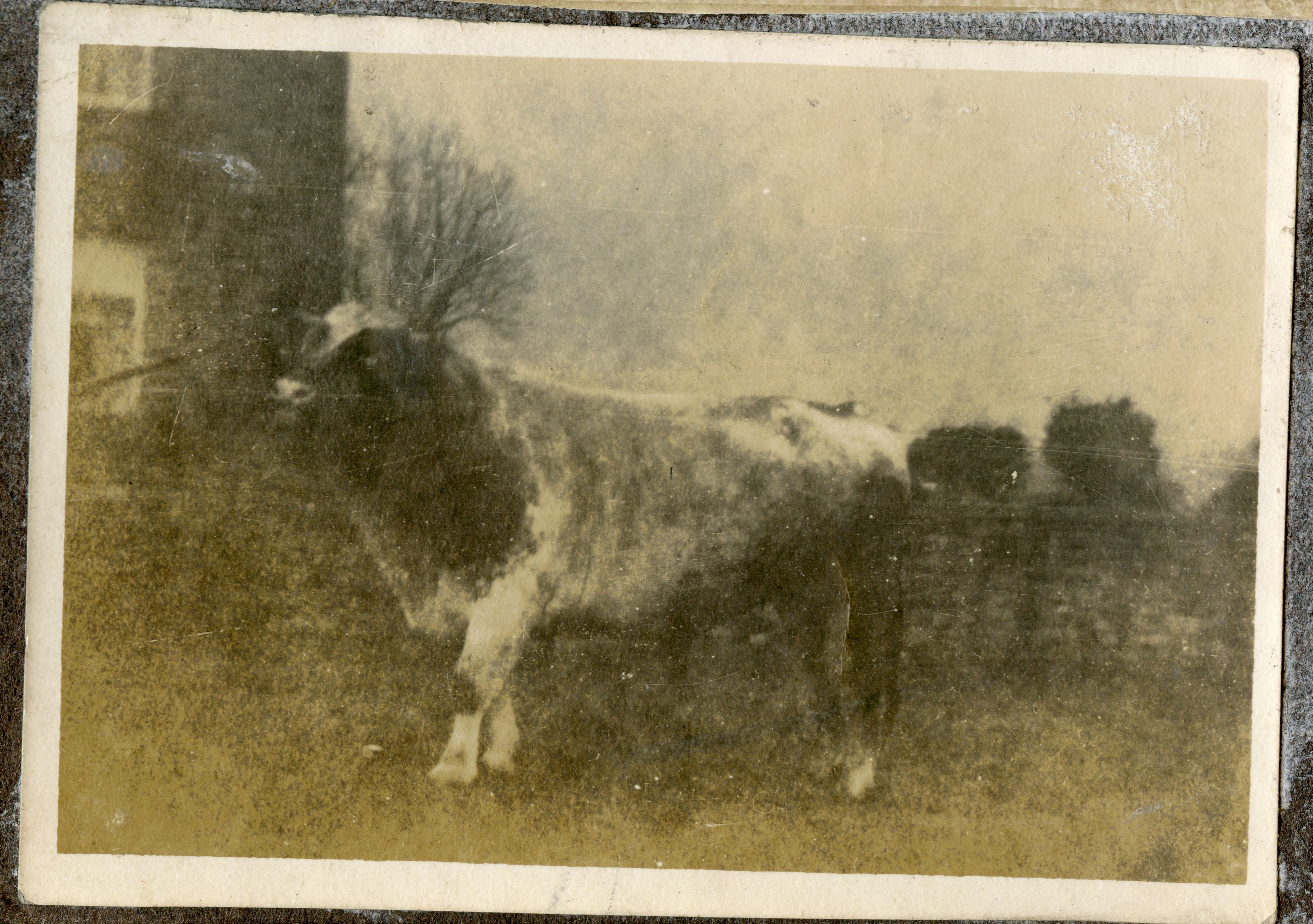 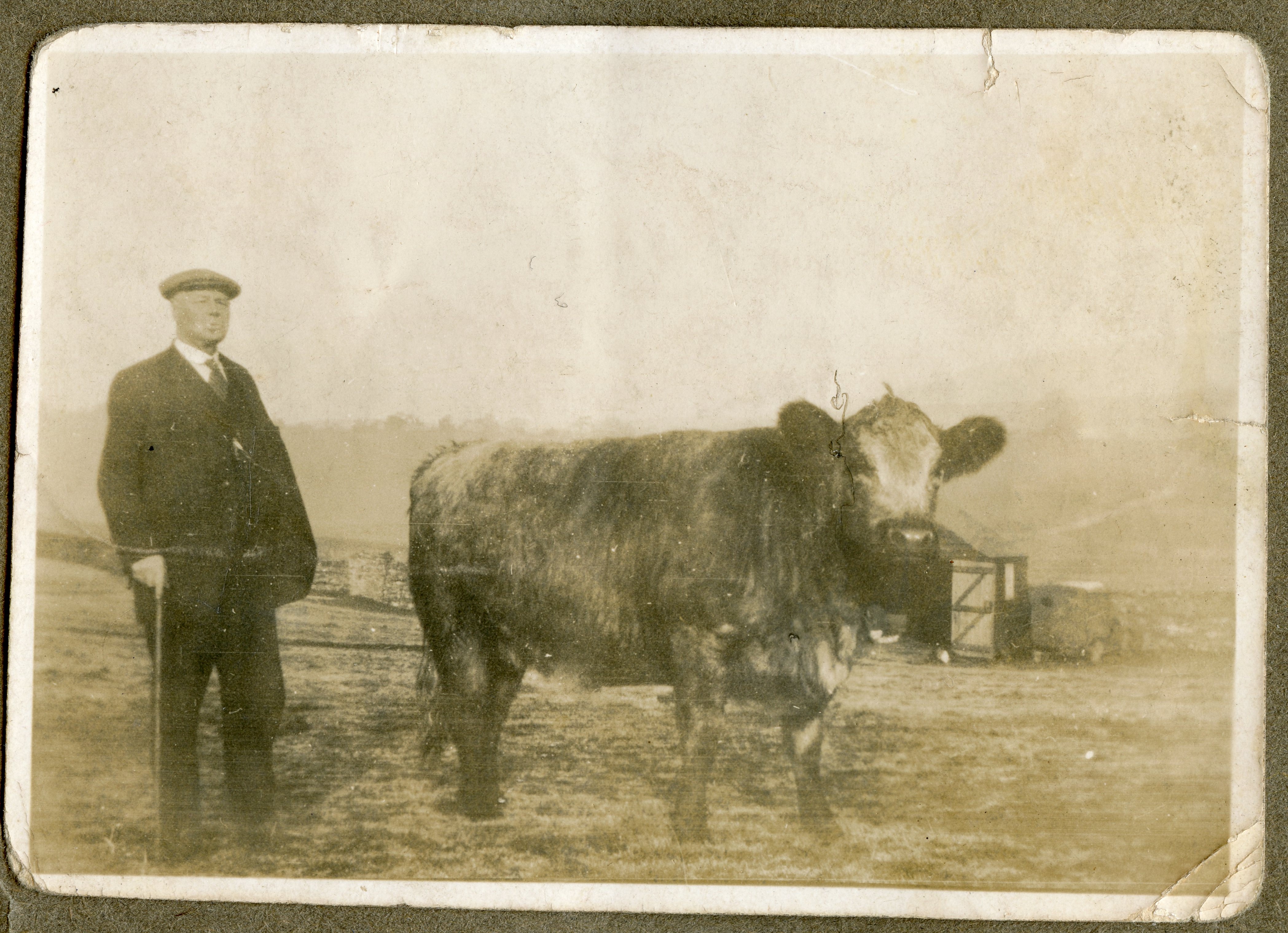 This next photo is later and of Joseph’s son Redvers Hopper with his cows – it’s a credit to the docile nature of the dairy shorthorn that he could safely approach a young calf with the mother standing by. 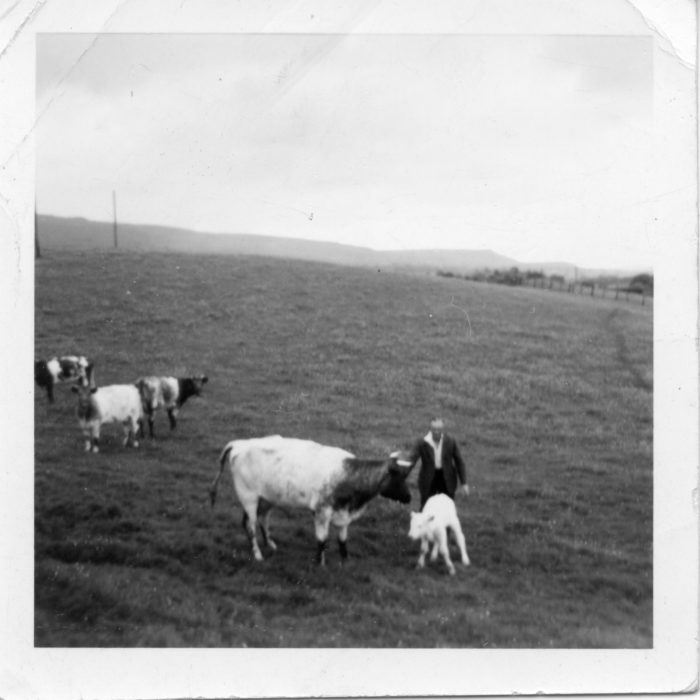 The last photograph dates sometime towards the end of Redvers Hopper’s farming career in the 1960s by which time the dairy shorthorns his father was so proud of have gone and the calf he is showing off is a Friesian. 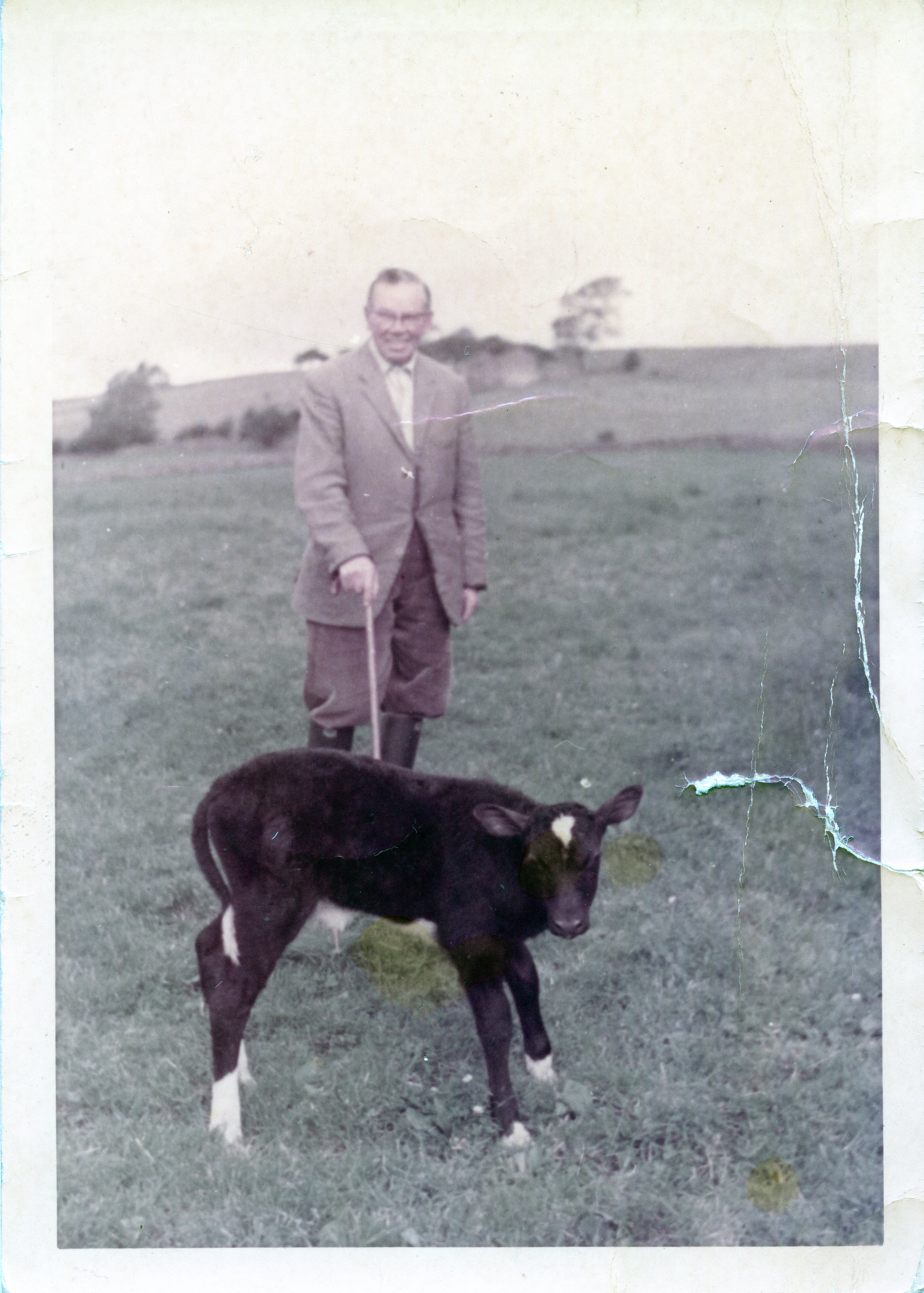 UPDATE
Janina has now sent along a copy of the sale notice for her grandfather’s farm when he retired in 1965 and it shows that even then he still had dairy shorthorns alongside the Friesians. 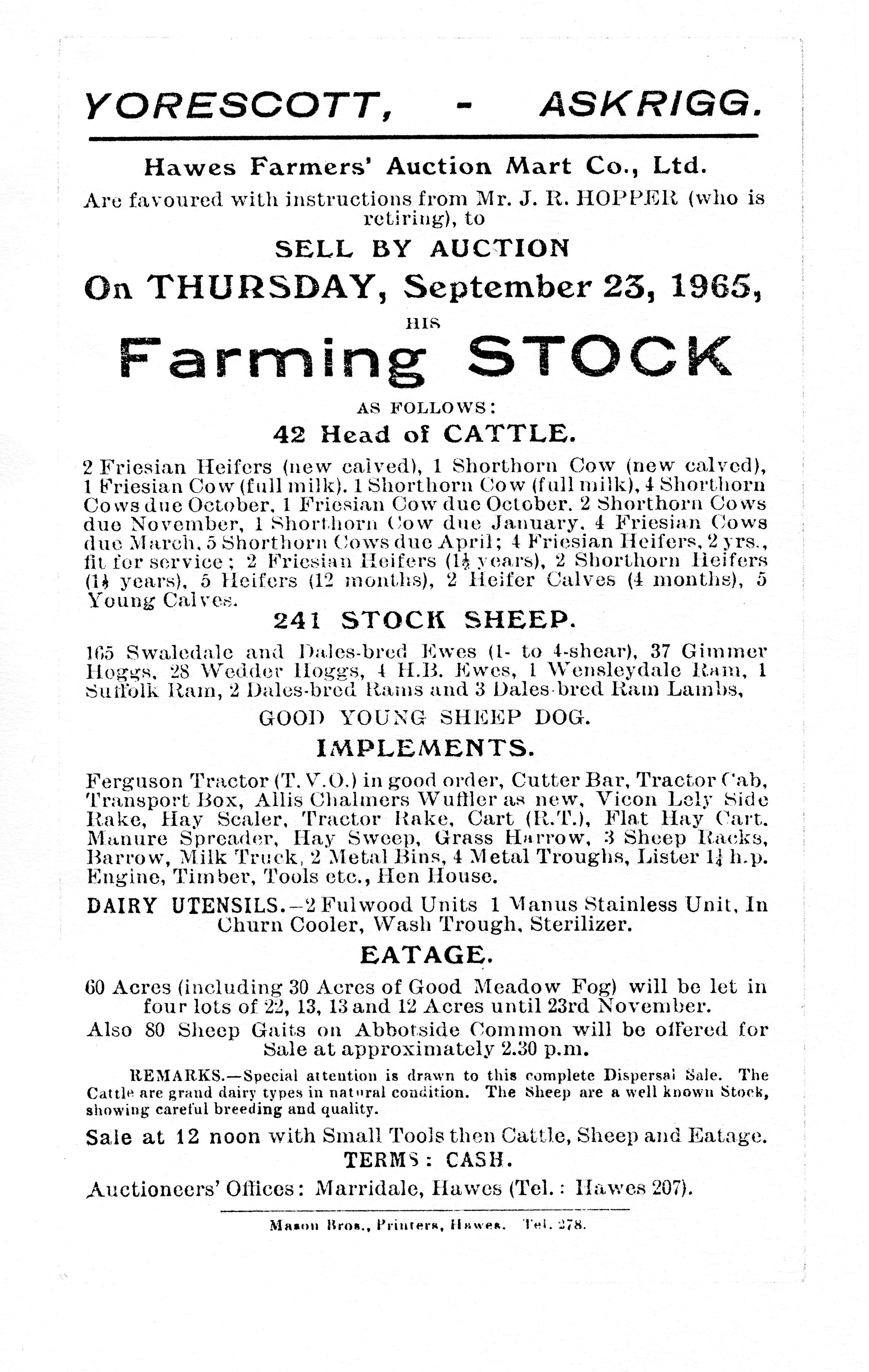 2 Replies to “A farmer and his dairy cows”